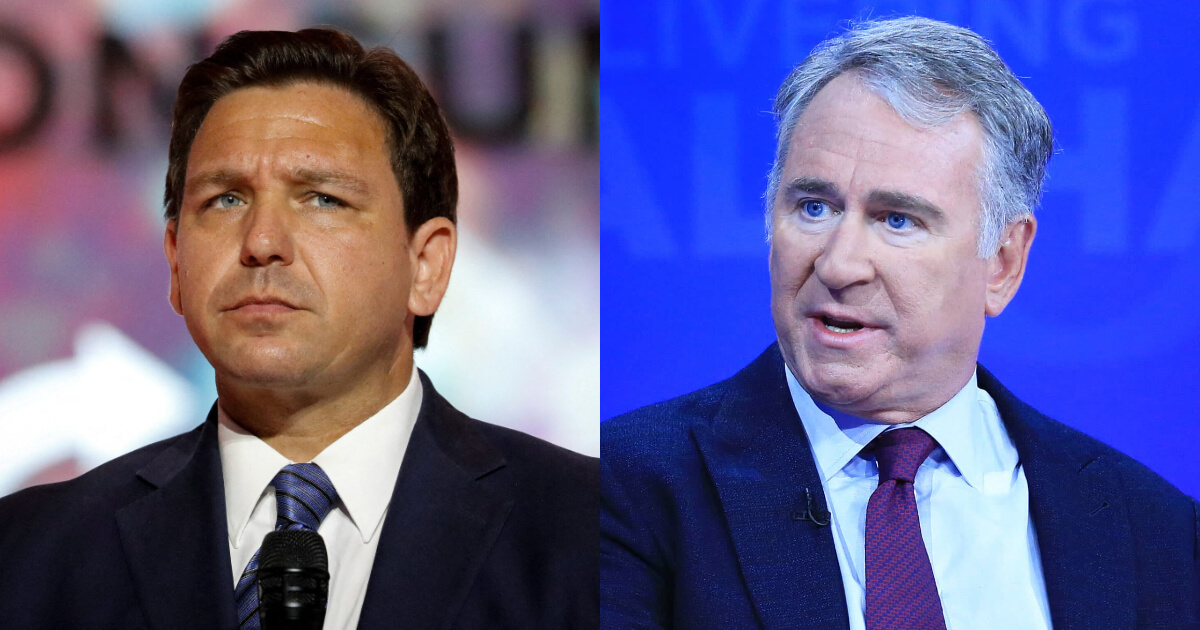 Ken Griffin, one of the most powerful political donors in the United States, has indicated in recent days his strong disgust for the woke indoctrination that is taking place in many schools across the country and has flatly said that he will back Florida Governor Ron DeSantis for president if he chooses to run.

The hedge fund CEO, who is worth approximately $30 billion, recently relocated his business from Chicago to Florida, and it wasn’t for the tax benefits.

“It’s gonna get me thrown out of here, but taxes weren’t part of our decision to come to Florida,” Griffin said this week. “When you’ve got great schools, a great environment and your streets are safe and clean, that’s when you’ve got a place you want to live in and call home. There’s something very special about the government in Florida and their focus on delivering traditional values for the community.”

Griffin specifically talked about the damage that woke schools had on his children in Chicago and how he has watched his kids flourish in Florida’s education system.

“My children went to a phenomenal school in Chicago … but their indoctrination in woke ideology was crushing,” Griffin said. “They came home very confused about whether or not the United States was a good country. And they came home confused about what they could or couldn’t say to a student who was Asian or otherwise of color.”

“My son was reprimanded for telling an Asian student he was good at math — for stereotyping,” Griffin continued. “And it’s unbelievable to see how that destroys the minds of children who are otherwise innocent and good and don’t think about these kinds of things.”

When talking about DeSantis, Griffin praised the job that he has done in Florida and said the U.S. would be better off with him as president.

“I don’t know what he’s going to do. It’s a huge personal decision,” he said. “He has a tremendous record as governor of Florida, and our country would be well-served by him as president.”

“Would I support him? The bigger question is, is he going to run?” Griffin continued. “That bridge has to be crossed.”

Griffin said that his political views have changed over the years due to his philanthropic donations being undermined by poor policies from the political sphere.

Griffin said that while Trump did “a lot of things really well” he also “missed the mark on some important areas.”