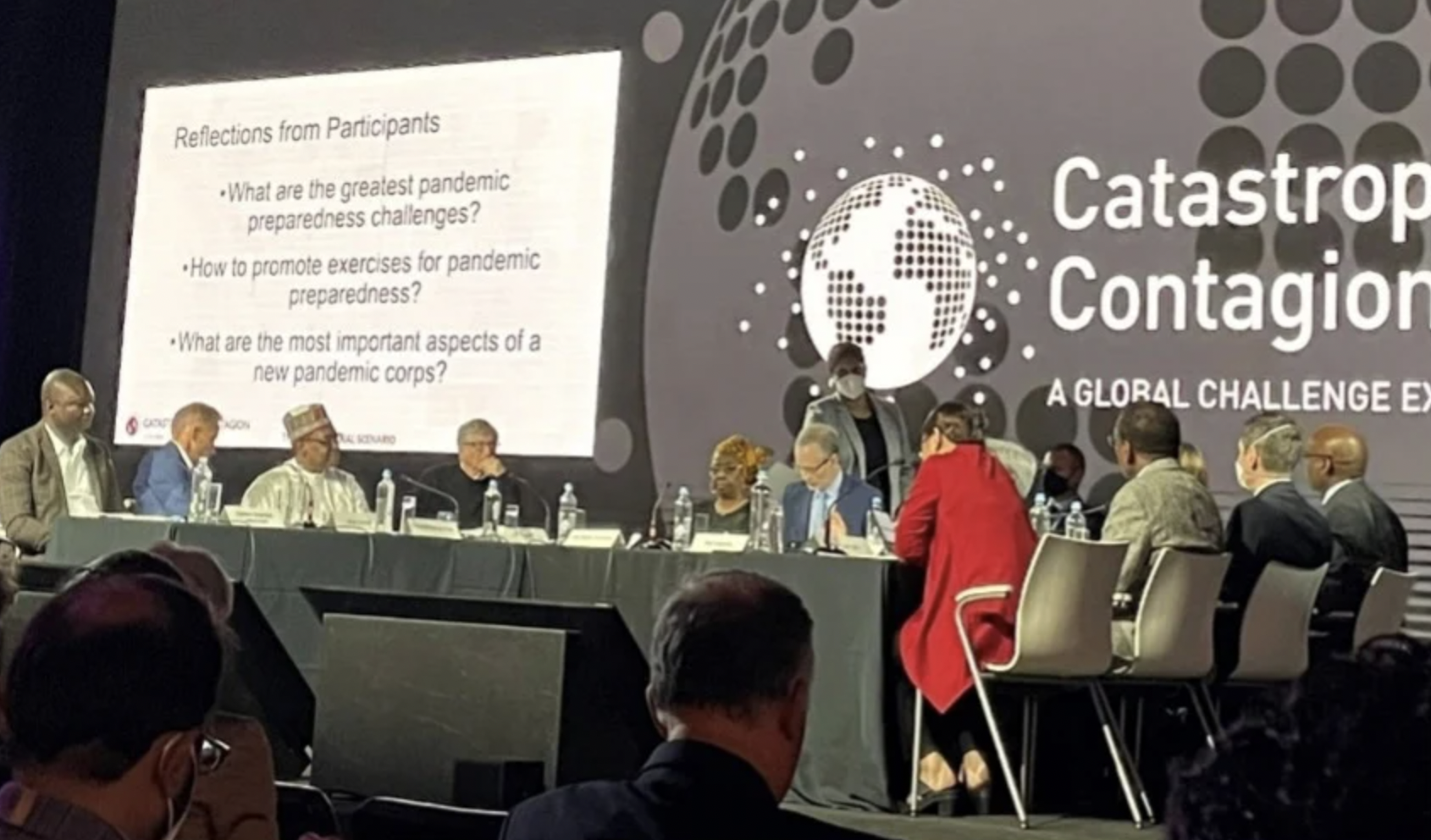 The Johns Hopkins Center for Health Security partnered with the World Health Organization and the Bill and Melinda Gates Foundation to conduct “Catastrophic Contagion,” an exercise to simulate a global pandemic that is deadlier than the coronovirus and especially dangerous for children.

Bill Gates was in attendance.

The group conducted Catastrophic Contagion in Brussels, Belgium on October 23, 2022.

During the simulation, the World Health Organization’s health advisory board addressed a fictional “Severe Epidemic Enterovirus Respiratory Syndrome” pandemic that originates in Brazil and disseminates across the globe.

The exercise simulated a series of WHO emergency health advisory board meetings addressing a fictional pandemic set in the near future.

According to RXList, enteroviruses, including hepatitis A and polio, are comprised of RNA, enter the body through the gastrointestinal tract and attack the nervous system.

The pandemic simulation also included pre-recorded news broadcasts and live briefings from health officials.  This is similar to earlier simulations.

A pundit named Jeanne Meserve of GNN, a fictional news outlet, is seen in footage during the pandemic simulation announcing the high death toll, particularly among children, from a pandemic that would have been prevented if countries adopted pandemic operational drills and adhered to the WHO’s pandemic guidances.

“As of today, there have been an estimated 1 billion cases worldwide with more than 20 million deaths, including nearly 15 million children. Countless millions are alive, but left with paralysis or brain damage,” Meserve notes.

“The most successful countries are those which invested in preparedness and trained for this moment years in advance,” she continues. “This included having full-time pandemic preparedness and response teams which conducted detailed operational planning and routinely tested those plans through exercises and drills. If more countries had participated and heeded the guidance the toll might have been much less.”

During the high-level pandemic exercise, the John Hopkins Center for Health Security, the Bloomberg School of Public Health, the World Economic Forum and the Bill and Melinda Gates Foundation simulated a global coronavirus pandemic that transmitted from bats to pigs to humans, a blueprint for what subsequently transpired with the coronavirus outbreak. The simulation also demonstrated a coordinated global response to the coronavirus pandemic.

According to the John Hopkins Center for Health Security website, “Event 201 was a 3.5-hour pandemic tabletop exercise that simulated a series of dramatic, scenario-based facilitated discussions, confronting difficult, true-to-life dilemmas associated with response to a hypothetical, but scientifically plausible, pandemic. 15 global business, government, and public health leaders were players in the simulation exercise that highlighted unresolved real-world policy and economic issues that could be solved with sufficient political will, financial investment, and attention now and in the future.”

Executives from pharmaceutical companies Johnson & Johnson and Merck, as well as the executive director of the Bill Gates-controlled Global Fund and the president of the UPS Foundation, were featured at the event conducted just months before the coronavirus started making global headlines.

John Hopkins also conducted  SPARS 2025-2028, another pandemic exercise that examined the global pandemic response to a virus that spread from the Philippines to St. Paul Minnesota, in 2017.