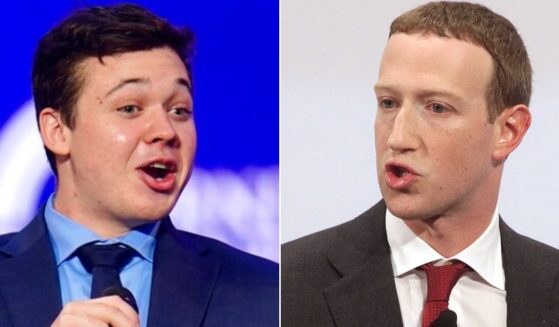 For Christians, Jesus Christ is “the truth, the way and the life.” (John 14:6). Many in the corporate, political and social media game believe they can create truth by influencing others to believe what they want them to believe.

Kyle Rittenhouse knows this all too well. People were practically lining up to media outlets to trash the poor kid before the facts were in regarding his role in the 2020 riot in Kenosha, WI.

Rittenhouse was charged with two counts of homicide and one attempted homicide, among other things, after fatally shooting two men and wounding another during the riot. He was exonerated when the facts of the case were presented to a jury, which then determined he had acted in self-defense.

But Rittenhouse isn’t finished fighting for the truth. And he’s got a powerful new ally. Todd McMurtry, who represented Covington Catholic High School student Nicholas Sandmann during his defamation cases, has joined the Rittenhouse legal team, according to Fox News.

The people who were labeling Rittenhouse a mass murderer were never interested in the truth. They wanted to create truth by pushing their own agenda. And they didn’t give a hoot if they ruined this young man’s life in the process.

On Thursday, McMurty told Fox News Digital, “I’ve been hired to head the effort to determine whom to sue, when to sue, where to sue. We’re going to look at everything that’s been said, determine which of those comments are legally actionable and proceed from there.”

McMurtry then added, “Facebook has an outsized voice, they can do a lot of damage, as compared to somebody maybe who has a small blog with 100 subscribers. But we’re going to look at everything that we have access to and that’s been published, and decide which ones are actionable.”

It’s not just Facebook the Rittenhouse legal team is targeting. Fox Nation host Tomi Lahren called out Whoopi Goldberg in particular and leftist media in general about their attempts to paint Rittenhouse as the villain of Kenosha. “It’s all about the narrative,” Lahren said on the Fox News show Outnumbered.

In February, Rittenhouse told Tucker Carlson that he was going after news organizations for the “lies” they have published. “Well, right now, we’re looking at quite a few politicians, celebrities, athletes, Whoopi Goldberg‘s on the list,” Rittenhouse said. “She called me a ‘murderer’ after I was acquitted by a jury of my peers. She went on to still say that.”

McMurtry said that it is “​​pretty much assured that there’s probably 10 to 15 solid” cases against “large defendants.”

When it comes to damages Rittenhouse suffered, McMurtry knows “for a fact that [Rittenhouse] can prove that his job prospects are permanently diminished,” according to Fox News.

“Not to mention what they call perpetual reputational harm, which means that Kyle is never going to have an interaction with anybody where they don’t know who he is. And this is going to follow him around for the rest of his life.”

It’s about time media outlets of all kinds are held accountable for valuing their pet narratives above the truth. Either they are lying to gain personal and political power or they really believe they can create truth by spreading lies.

In other words, leftists are either cynical to the bone or delusional ideologues. No matter the case, the utopia they envision is doomed from the start. Truth cannot be erased. It cannot be replaced by the feverish desire of those who crave power or consider themselves godlike creators of reality.

People don’t create reality; they live inside of it. Billionaires like Zuckerberg can’t create reality by spreading lies and censoring the truth. Neither can mainstream media or the politicians to whom they pander. The Word belongs to God, not to man, no matter how they wish it was otherwise.

Rittenhouse must have felt like he was in a contemporary version of David vs Goliath as the unreality of the media coverage concerning his role in the Kenosha riots unfolded on screens around the world. His legal team, however, including its newest member Todd McMurtry, dramatically levels the playing field.

Rittenhouse will never be the same after all he’s been through. But there is one thing he can count on: “The truth will set you free.” (John 8:32)

Todd McMurtry and the Rittenhouse legal team are out to make sure that those who intentionally spread lies for personal and political gain never forget that truth is not a commodity.

Jesus Christ is the truth, the way, and the life. There is no other. No matter what kind or how many lies leftists and other devils spread.

Hunter Biden’s Ex-Wife Exposes His BIGGEST Secret Yet – It’s Over!

Here’s the Real Reason Why Democrats Refuse to Harden Schools