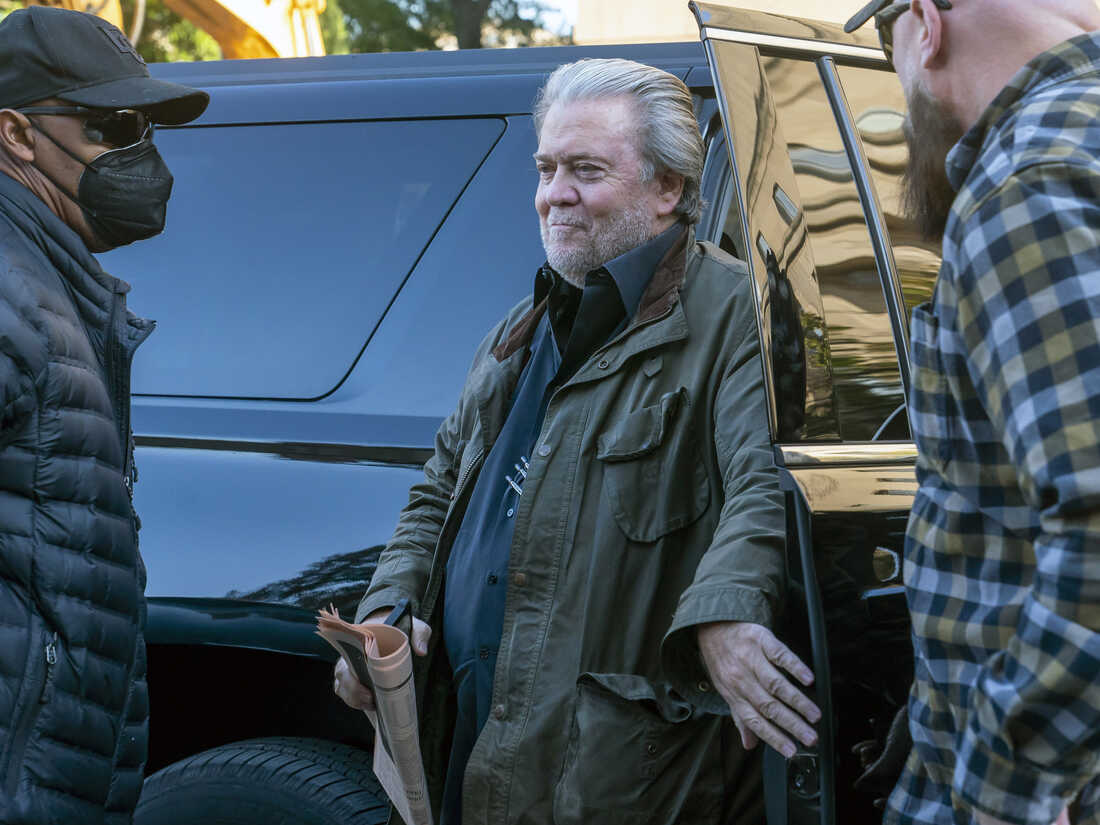 Former Trump White House official Steve Bannon has been sentenced to four months in prison and a $6,500 fine for contempt of Congress.

Bannon was found guilty of contempt of Congress in July after he ignored a subpoena from the House Jan. 6 committee.

“I want to say one thing — I respect the judge, the sentence he came down with today is his decision. I’ve been totally respectful to this entire process on the legal side,” Bannon said after the sentencing.

Bannon was released pending appeal, which he and his legal team promised to make. If an appeal is not made, Bannon must surrender voluntarily by Nov. 15, U.S. District Judge Carl Nichols ruled.

Bannon predicted his political opponents will be voted out on Election Day.

The Justice Department had recommended a six-month prison sentence and a $200,000 fine for the former Trump aide due to his failure to comply with a subpoena to appear before the House Select Committee investigating Jan. 6.

“I want to thank all you guys for coming,” Bannon said entering the courthouse Friday. “Remember this illegitimate regime, their judgment day is on the eighth of November when the Biden administration ends. I want to thank you all for coming.”

He quickly added, “And remember, take down the CCP. Thank you.”

Federal prosecutors pushed for Bannon to receive at least six months in prison, citing his “bad faith” behavior in and out of court.

“From the moment that the Defendant, Stephen K. Bannon, accepted service of a subpoena from the House Select Committee to Investigate the January 6th Attack on the United States Capitol, he has pursued a bad-faith strategy of defiance and contempt,” federal prosecutors argued on Monday.

They continued, “The Committee sought documents and testimony from the Defendant relevant to a matter of national importance: the circumstances that led to a violent attack on the Capitol and disruption of the peaceful transfer of power. In response, the Defendant flouted the Committee’s authority and ignored the subpoena’s demands.”

Bannon claimed executive privilege precluded him from appearing before the committee to talk about the Jan. 6, 2021, attack on the U.S. Capitol, though prosecutors noted that he left the White House in 2017.