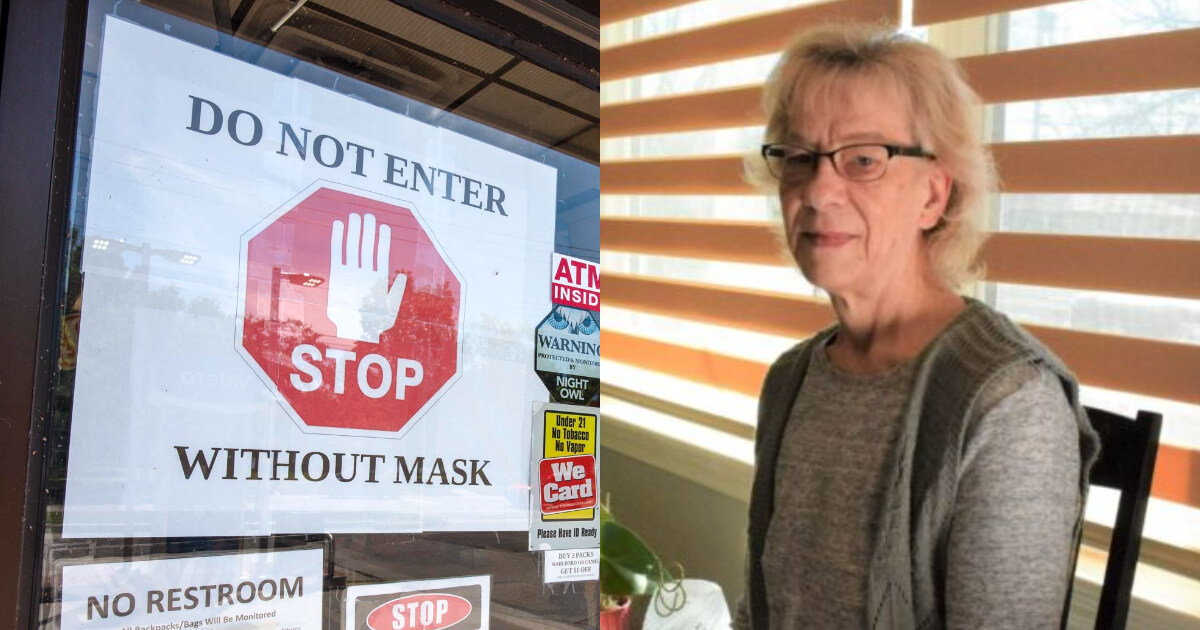 Rayne Barton, 62, didn’t expect that her first visit to the doctor in months would end in arrest, but there she was on July 22, in the waiting room with her wrists handcuffed behind her back.

She would not be seeing the doctor that day.

Barton, of Elizabethtown, Pennsylvania, would not leave as requested after she refused to wear a COVID-19 face mask, which is required at Hypertension and Kidney Specialists in Lancaster.

Hypertension and Kidney Specialists is an independent practice with an office on the Penn Medicine Lancaster General Health Suburban Pavilion property.

At the request of the office manager at Hypertension and Kidney Specialists, the East Hempfield Township Police removed Barton from the building, according to a criminal complaint. She was taken in a wheelchair, put in a squad car, and driven to the police department to be fingerprinted and photographed.

On the way to the police station, the car rounded a corner and Barton fell on her side and hit her head on the car door.

“The officer looked in his rearview mirror, saw me gone, and he said, ‘Are you okay?’ I said ‘Yeah, I’m just fine.’ And then I went to get myself up, and I’m like, ‘oh no, I can’t get up,’” Barton told The Epoch Times.

Her back is compromised due to spinal stenosis, and with her hands still cuffed behind her back, she was unable to pull herself up.

“They pulled over off the road to lift me upright in the back of the cruiser,” she said.

After she was processed at the police department, Barton was released and told that charges would arrive in the mail. She was charged with defiant criminal trespass, a misdemeanor, and must appear in court in September.

It is unknown when she will see a doctor.

This wasn’t Barton’s first confrontation with medical office staff who told her she couldn’t see her providers unless she wore a mask.

The Epoch Times published a report in March 2022 about Barton’s struggle to receive medical care throughout the COVID-19 pandemic. She is unable to wear a mask due to childhood trauma stemming from an assault during which she nearly suffocated.

Barton has been banned from all Penn Medicine facilities since Feb. 17, 2022, because of the mask dispute.

Since then, she has not seen a doctor nor had her prescriptions filled. Her pacemaker must be checked every four months but hasn’t been looked at in over two years.

However, she has tried to be seen by her long-time doctors. She is not sure where else to turn.

When she’s really needed medical care in recent months, Barton has called her former doctors’ offices and tried to set appointments, but until recently, the computer system wouldn’t allow schedulers to add her to the calendar.

Then one day, when she called to request an appointment at Hypertension and Kidney Specialists, the receptionist on the phone added Barton to the calendar on July 22 without issue, she said.

Barton said she figured it would be OK to see the doctor again, and that it was a relief because she needed care. She did not intend to get arrested.

But when she arrived at the office, it was the same situation as before.

“The office manager called the police because I wasn’t going to leave. I was there for a scheduled appointment,” Barton said. “I was not going to be bullied into leaving.”