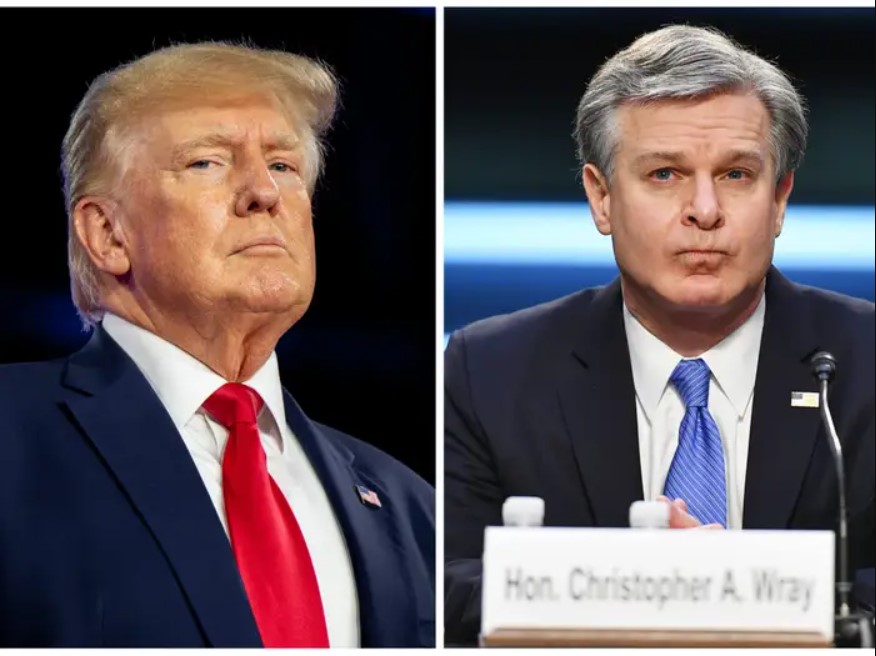 Christopher Wray spoke during a news conference in Omaha, Nebraska on Wednesday.

A reporter asked Wray about the raid on Mar-a-Lago and brought up Trump’s comments on the FBI possibly “planting” evidence at his home since no witnesses were allowed near the agents.

“The FBI and others from the Federal Government would not let anyone, including my lawyers, be anywhere near the areas that were rummaged and otherwise looked at during the raid on Mar-a-Lago.” – Trump said on Truth Social on Wednesday.

“Everyone was asked to leave the premises, they wanted to be left alone, without any witnesses to see what they were doing, taking or, hopefully not, “planting.” Why did they STRONGLY insist on having nobody watching them, everybody out? Obama and Clinton were never “raided,” despite big disputes!” – Trump added.

The reporter also asked if Trump supporters are threatening FBI agents after the raid on Mar-a-Lago.

“Well, as I’m sure you can appreciate that’s not something I can talk about so I’d refer you to the Department,” Wray said.

He continued, “As to the issue of threats, I will say that I’m always concerned about violence and threats of violence against law enforcement,” Wray said.

This is the same guy who refuses to acknowledge the existence of Antifa and has done nothing to investigate BLM.