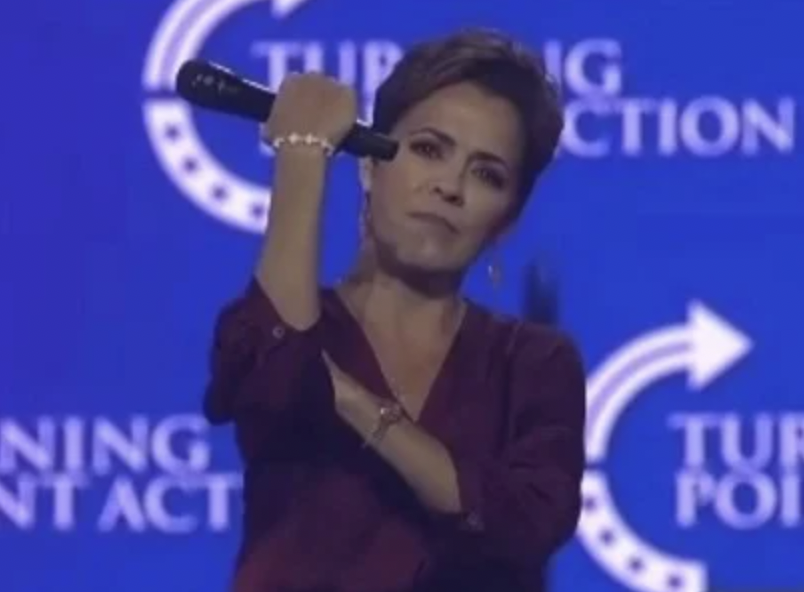 If President Trump is at bat – Then Kari Lake is ‘on deck.’

Kari Lake gave her first major address since the stolen midterm election on Sunday night at Turning Point USA’s AmericaFest and trolled the mainstream media who smeared her on the campaign trail.

The Gateway Pundit reported on the live speech at the Phoenix Convention Center, which was packed with attendees.

Kari Lake told off the fake news media on Sunday like no one since President Trump first started correctly referring to the mainstream outlets as “Fake News.”

At one point during her speech, Kari Lake called out the “bastards” in the media for their treatment of President Trump. Then she showed them what they can do with their fake news reporting.

Kari Lake: He’s given up more than anybody I know. And these bastards in the media want to drag him through the mud. (up yours gesture)

Kari Lake is not going away anytime soon. Thank God.