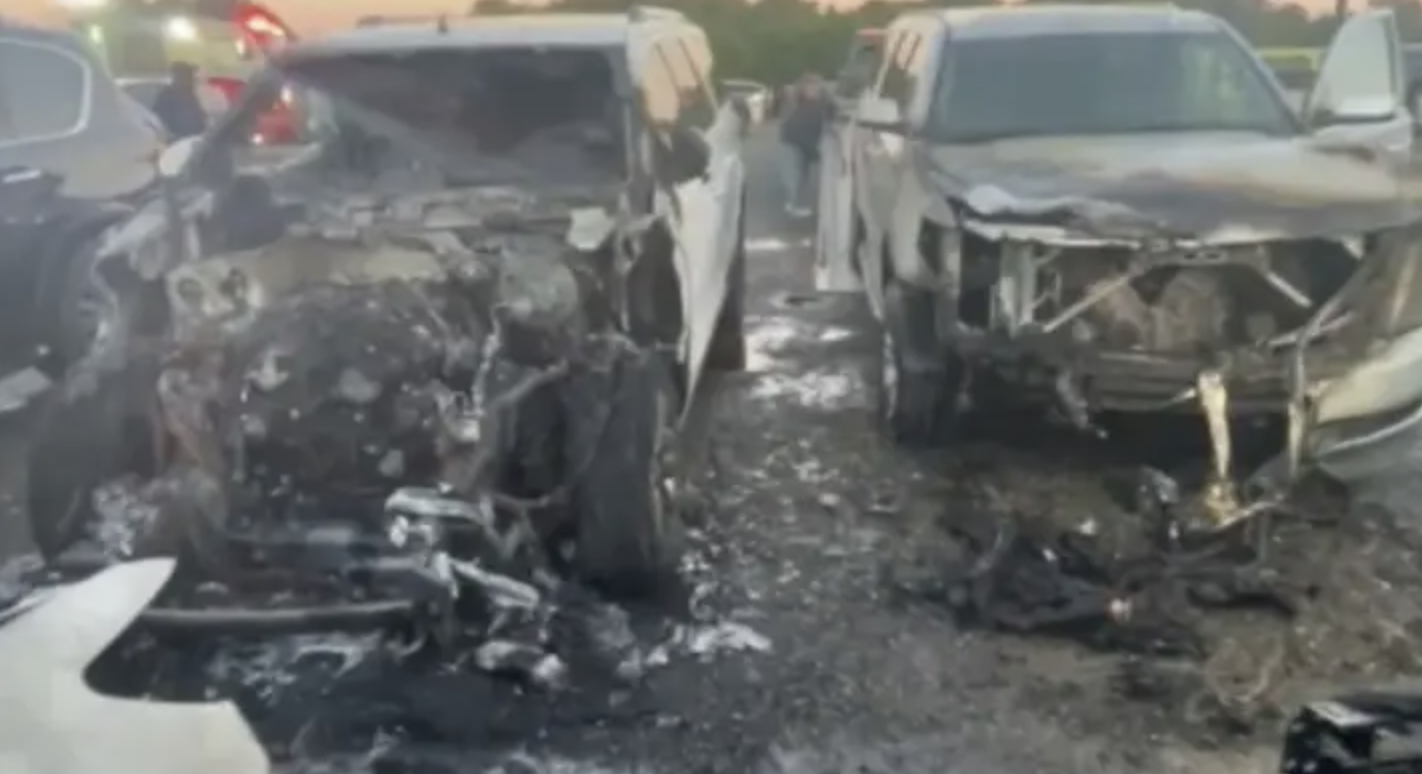 The Biden clan spent Thanksgiving weekend at a $30 million estate in Nantucket, Massachusetts.

Joe Biden called for all semiautomatic guns to be banned during his visit to the local fire department in Nantucket over the weekend.

Joe Biden also creeped on children at a restaurant on Main Street.

The five vehicles used by Secret Service agents were destroyed in a fire after Biden left Nantucket.

“At approximately 5:22 am Airport shift staff observed an active fire in the rental car overflow area through the Airport’s Closed Circuit Television System,” the airport said in a statement to the Nantucket Current. “Staff activated the Alert system and responded to the fire in Airport-3, where they were met by responding units from Nantucket Fire Department and Nantucket Police Department.”

“Combined fire resources responded and contained the fire. Several vehicles were damaged. The Airport is currently coordinating with rental car agencies and agency partners to ensure scene safety, There is no longer an active fire at this time: the Airport is open, and aeronautical operations are not affected,” the statement said.

According to the Nantucket Current, an investigation into the fire that charred the vehicles used by Secret Service agents during Biden’s visit determined the blaze was not suspicious.

The fire erupted Monday morning at 5 am just 40 feet away from the airport’s 25,000 gallon jet fuel tanks, the Nantucket Current reported.

BREAKING: Tainted DC Jury Reaches Decision – Finds Stewart Rhodes GUILTY of Garbage “Seditious Conspiracy” Charges – Government Refused to Expose Their Operatives Who Were the Only Ones Who Called for Violence