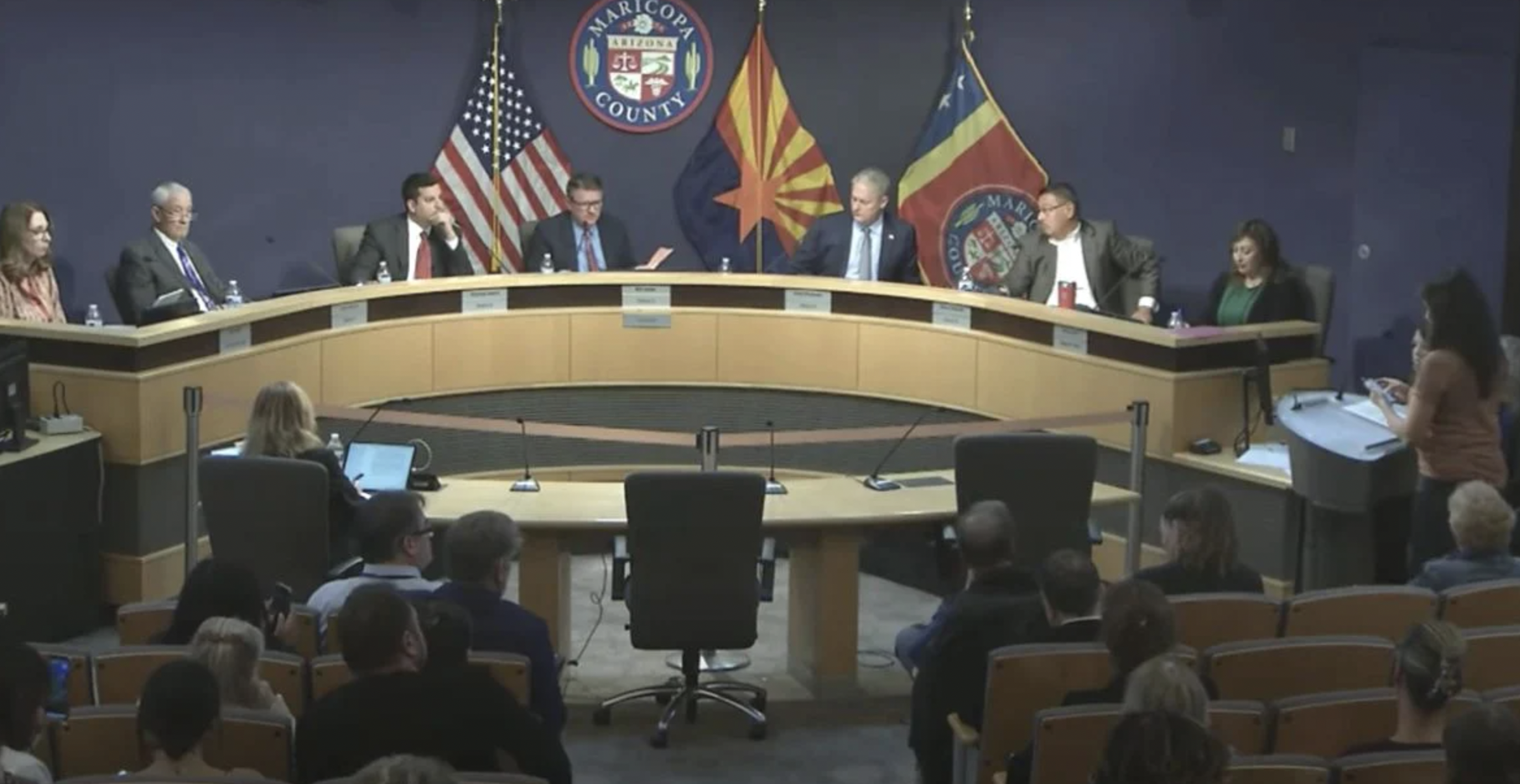 Election experts and election workers later reported that these uncounted ballots were mixed with already counted ballots, leaving no way of knowing if all legal votes were counted!

Republicans had at least 72% of the turnout on election day, and this was a deliberate attempt to silence the largest County’s Republican voters.

Maricopa County did not take responsibility for any of these issues in its new letter.

The Gateway Pundit recently reported that Jennifer Wright, the Assistant Attorney General from the state of Arizona, fired off a letter to Maricopa County demanding answers to these tabulation errors and commingling of ballots in duffle bags by November 28.

The County gave a contemptuous response today, telling the Assistant AG to pound sand and that her questions will have to wait.

AZGOP Chairwoman Dr. Kelli Ward slammed the Maricopa County Supervisors as a “disgrace” and asked, “Will the #ElectionIntegrity Unit [from the Attorney General’s office] sit back and take this? Or will they demand more than excuses?”

As noted by Merissa Hamilton, the County’s letter is inconsistent with their messaging on Election Day.  On Election Day Maricopa County Chairman Bill Gates and Recorder Stephen Richer in the video below at the 1:40 mark say it’s ok to leave your voting center and go to another voting center.  However, they never mention that you must check out.

The letter states that voters must check out before leaving the polls if they intend on voting at another location.

They also admitted that they did not reconcile the number of ballots cast against check-ins at the vote centers, claiming that the law is outdated.

The Maricopa County Supervisors are set to certify the rotten midterm election tomorrow at 8 am.