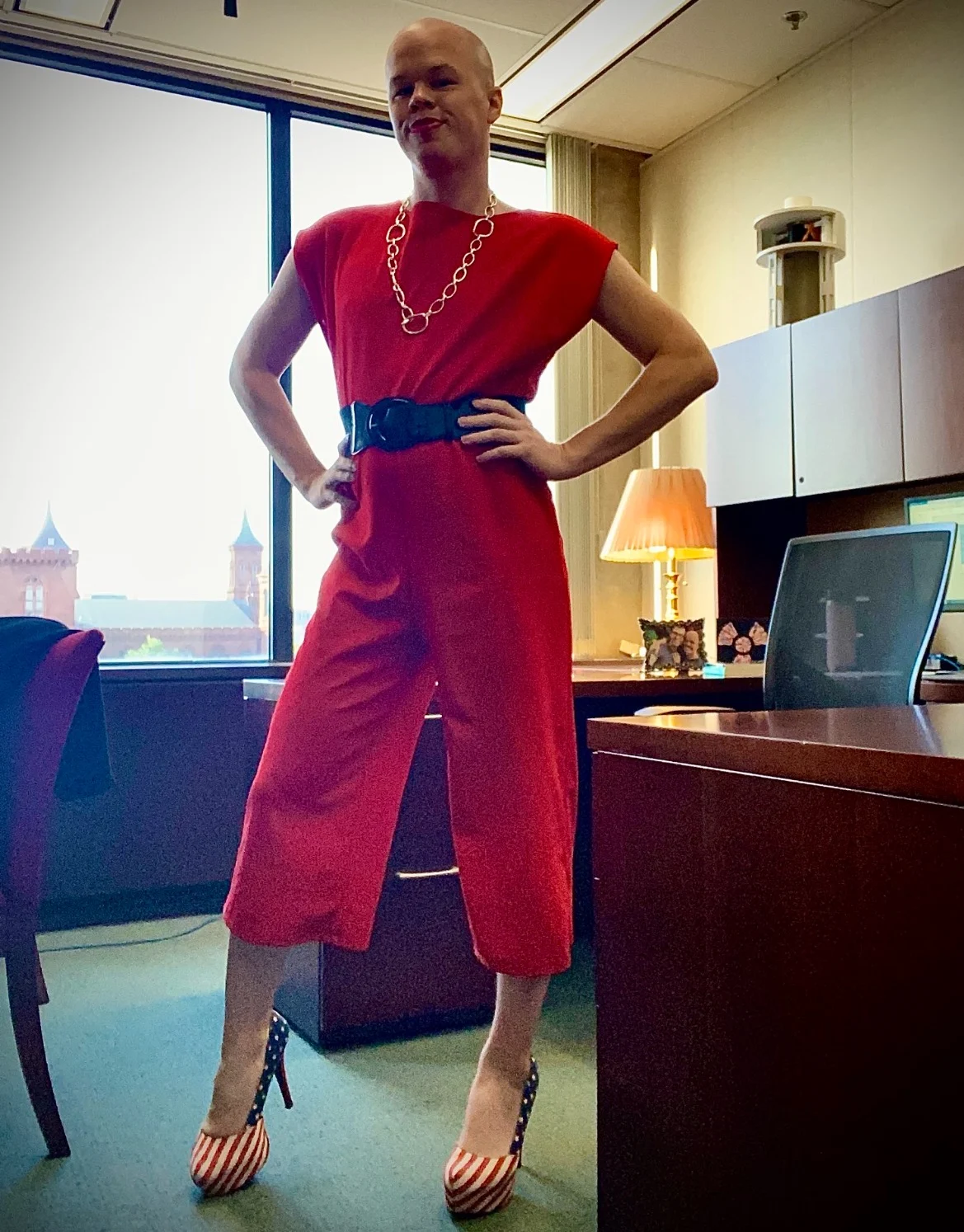 oe Biden’s gender fluid “pup handler” DOE employee Sam Brinton was put on leave after he was charged with felony theft for stealing a woman’s luggage last month at MSP airport in Minnesota.

Brinton is now being accused of stealing luggage from a Las Vegas airport, KLAS learned on Thursday.

A felony warrant was issued for Sam Brinton for stealing luggage from Harry Reid International Airport in Las Vegas!

Brinton was reportedly charged with grand larceny with a value between $1,200 and $5,000, KLAS reported.

A felony warrant was issued for Sam Brinton, a deputy assistant secretary, sources said. The charge is for grand larceny with a value between $1,200 and $5,000, records showed.

Brinton is a deputy assistant secretary of the office of spent fuel and waste disposition, according to the Office of Nuclear Energy’s website.

Brinton faces charges for a similar incident at the Minneapolis airport. He was on leave after charges were filed in connection with that incident, an energy department spokesman said in November.

Sam Brinton took a woman’s bag from the baggage claim area at a Minnesota airport on September 16.

Brinton reportedly removed the ID tag from the blue bag, quickly left the area and jumped in an Uber.

Sam Brinton didn’t even check a bag on that flight so he had no business being in the baggage claim area.

According to the complaint, Brinton returned to MSP airport with the stolen blue bag on September 18 where he caught a flight to DC.

The female victim said the contents of her stolen bag are valued at around $2,325.

Brinton is due in court December 19 in Hennepin County.

am Brinton last week requested his preliminary hearings be held remotely due to “financial difficulties” traveling between DC and Minnesota.

According to The National Pulse, Sam Brinton enjoyed a taxpayer-funded annual salary of $178,063 – which is in the top 1% of government salaries.

Brinton also got a top secret “Q clearance” alongside his $178,063 yearly salary.