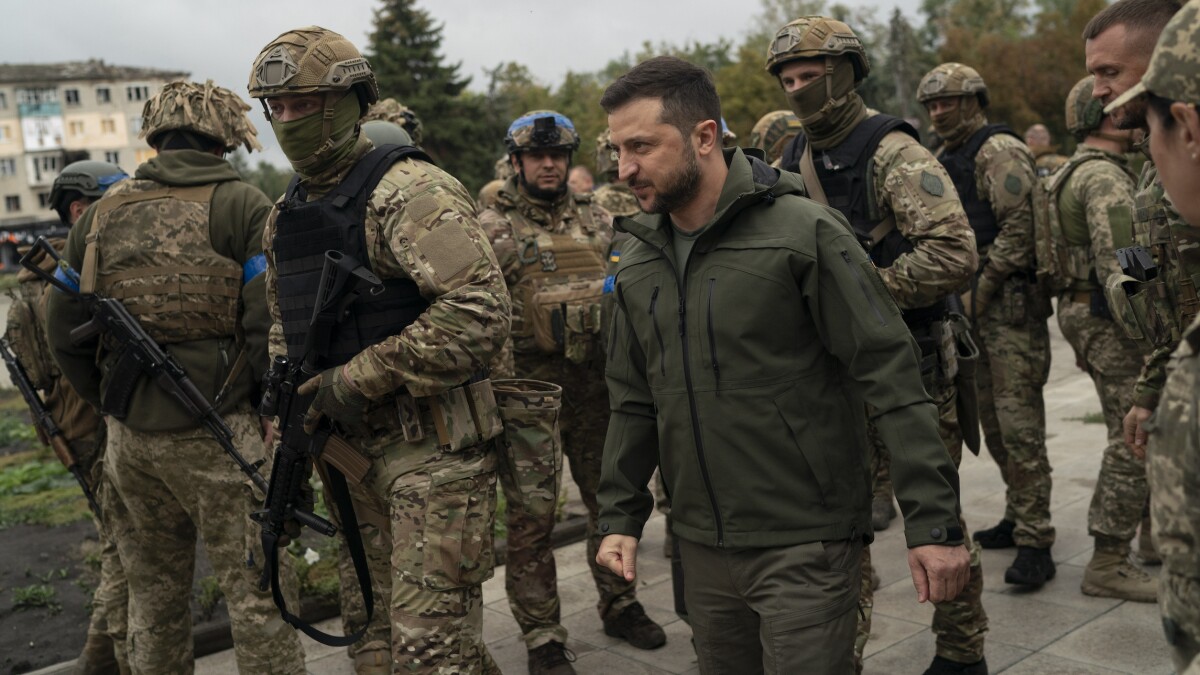 Ukraine’s President Volodymyr Zelensky warned that Russia could renew its frequent attacks against its electrical grid during his nightly speech Sunday.

“We also understand that the terrorist state is concentrating forces and means for a possible repetition of mass attacks on our infrastructure. First of all, energy,” he said, arguing that it would need to acquire Iranian missiles to launch these attacks.

Russia’s attacks against Ukraine’s electrical grid have resulted in significant power outages and a lack of water around the country. Ukraine has been conducting stabilizing blackouts in Kyiv and elsewhere to conserve power and keep the grid from collapsing.

“As of this evening, stabilization blackouts continue in Kyiv and six regions. More than 4.5 million consumers are without electricity. Most of them are now in Kyiv and the Kyiv region. It’s really difficult,” Zelensky said in his address, while Vitali Klitschko, the mayor of Kyiv, urged civilians to leave if they can, saying, “If you have relatives or friends in the suburbs of Kyiv who have a separate water supply, a stove and heating, plan to stay there temporarily.”

To date, the United States has seen intelligence to prove that Iran had provided Russia with drones, but not anything else, U.S. National Security Council coordinator John Kirby said last week.

“We haven’t seen that bear out, but it’s a concern that we have,” he said last Tuesday, later speaking about the developing relationship between Iran and Russia, saying it’s indicative of their increasingly isolated status on the global stage.

“We have seen Iran and Russia grow closer, particularly over the last eight months,” Kirby explained. “We think it’s a sign of just how more isolated both countries are. That they are developing this kind of, in this case, a very security-related, transactional relationship, but they’re both increasingly isolated from the rest of the world. It also is a sign of the degree to which Mr. Putin, his own defense industrial base, cannot keep up with the pace of war and the size of scale and scope of the strikes and the operations that he’s trying to conduct with Ukraine.”

The Ukrainian Armed Forces have shot down more than 300 Iranian-made drones fired by Russian troops since Sept. 13, a Ukrainian military official said in late October.

The Iranians have provided hundreds of Shahed-136 drones to Moscow this fall, though they have repeatedly denied this. The administration announced last month that “a relatively small number” of personnel connected with Iran’s Islamic Revolutionary Guard Corps had traveled to Crimea to help train the Russians on the drones due to initial shortcomings.

Trump Says He Will Make a ‘Big Announcement’ on November 15