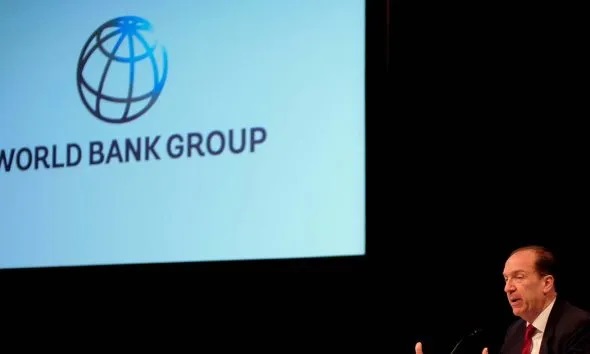 Top Republicans shared that they plan to combat the “partisan production” that is Thursday’s Democrat-led hearing showcasing the findings of the January 6 committee investigating the Capitol Riot.

During a press call with reporters on Tuesday evening, House GOP Conference Chair Elise Stefanik (NY) and Reps. Jim Banks of Indiana and Jim Jordan of Ohio heavily criticized Democrats for focusing so much energy on the Capitol Riot while Americans look for solutions to “the problems that we face on a daily basis.”

“House Democrats have no agenda for Americans and no real solutions to the problems that we face on a daily basis,” Stefanik said. “Instead, Democrats are scrambling to change the headlines, hoping that the nation will focus on the partisan witch hunt that you will see this week instead of our pocketbooks.”

“It’s [a] partisan production,” Jordan said in a phone interview with The Daily Wire following the call. The Ohio Republican pointed to news that the committee had hired the former president of ABC News, James Goldston, to promote its findings as a “blockbuster investigative special,” according to Axios.

“They went out and hired the former president of ABC News to choreograph a documentary,” Jordan said. “And then, of course, their very first witness is a documentarian.”

“It just highlights how partisan this thing is,” he added. “They told us what the goal is. It’s to end the Electoral College and stop President Trump from ever running for president again. And they’re so focused on that. And it’s a further weaponization of government against conservatives and against your political opponents.”

Republicans plan to counter such programming through media appearances centering on problems that Americans are actually focused on, leaders said during the press call on Tuesday. Fox News has announced that it will air Tucker Carlson’s and Sean Hannity’s primetime shows rather than the hearings, though it will air the hearings on its sister network, Fox Business.

“Such an amateur move on their parts to try to compete with Tucker Carlson,” Banks said on Tuesday. “His show is going to be the most watched show he’s probably ever had. And the rest of the networks are going to watch that and follow course. When they see Fox break records in viewership, they’re not going to keep carrying these ridiculous committee hearings on primetime.”

Banks said that Republicans are putting the finishing touches on their report and have interviewed dozens of people, including whistleblowers related to Capitol Security.

“We have some real findings,” he said.

Banks laid out a number of questions that he would have liked to ask those investigated by the January 6 committee, noting that the few Republicans on the Democrat-led committee — Republican Wyoming Rep. Liz Cheney and Republican Illinois Rep. Adam Kinzinger — have not asked any of these questions.

“They don’t want to hear the answers because it uncovers a number of facts about what happened at the Capitol that day and what could have been done to prevent the riot at the Capitol,” Banks warned.

Jordan’s biggest concern is that Republicans do not have the ability to cross-examine witnesses.

“This is just completely one sided,” he said. Jordan called the impeachment process of former President Donald Trump “terrible and completely unfair,” noting that it was largely carried out in secret.

He added: “But at least the secret hearings and and depositions in the bunker in the basement of the Capitol, at least we were in the room. At least we got to depose a witness. And then in the public hearings, we got to cross-examine the witnesses that the Democrats called in.”

“In this situation, none of that can happen because Nancy Pelosi made the choice that she was not going to let the Republican leader put on the committee the individual he had selected,” Jordan said grimly. “First time in history. So Leader McCarthy was left with no option but to say, well, we just can’t have anyone on that committee.”

Asked how the focus on the January 6 hearings will play into the midterm elections, Jordan predicted that it is “ultimately the call of the American people.”

“I always think the American people have common sense and they’re smart and they’re figuring it out,” he said. “But I do know that the Democrats have nothing else to talk about. So, they’re going to focus on this.”

“There’s nothing else that’s going well,” he exclaimed. “There’s a reason 75% of the country thinks America is on the wrong track … the country has figured it out. So the Democrats know that this is the only thing they can talk about.”

Jordan and his fellow Republicans all indicated that the committee has a track record of misleading the public. “Once you’ve seen it happen several times, it’s kind of tough to think that’s not going to happen again,” he added.

Sen. Kennedy Perfectly Punctures the Biden Team for Giving Up on Inflation and Gas Prices