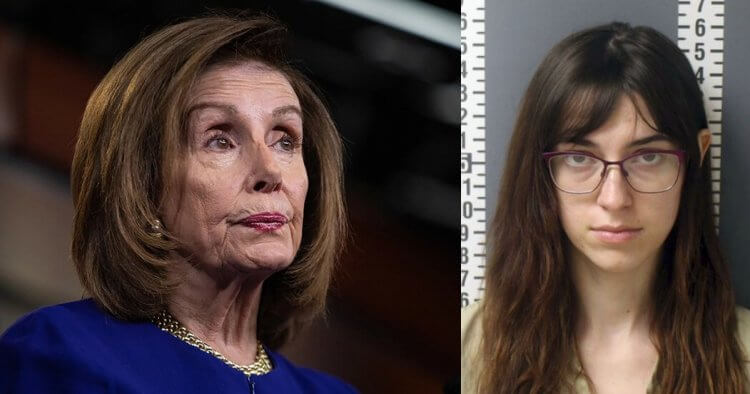 The woman who allegedly stole House Speaker and California Rep. Nancy Pelosi’s laptop has been granted a temporary reprieve.

The incident is alleged to have happened on January 6, 2021, during the incident at the Capitol when Riley Williams, 25, was said to have taken the Speaker’s laptop, The Pittsburgh Post-Gazette reported.

She had been detained on house arrest for the past year and a half but, this weekend, was allowed to attend a renaissance in Lancaster County.

While prosecutors were opposed to any request to end Ms. Williams’ house arrest, they generally agree to allowing her to have a day outing every once in a while, Ms. Ulrich said. Ms. Williams has been permitted similar trips before, Ms. Ulrich added.

“She is confined to her home 24/7 with exceptions. Every once in a while, if there is an activity that interests her, we ask if she can attend,” her attorney, Lori Ulrich, said to the Pittsburgh Post-Gazette.

“I STOLE S–T FROM NANCY POLESI [sic],” she allegedly said in one message on Discord, the federal prosecutors said in a complaint.

Last week, Republicans have taken their most decisive move against House Speaker Nancy Pelosi and want her removed from her position immediately.

“House Freedom Caucus is calling on GOP leader to file and bring up a privileged motion to vacate the chair and end Speaker Pelosi’s authoritarian reign,” the caucus said.

“We, the House Freedom Caucus, respectfully request that you pursue the authorization of the House Republican Conference, pursuant to Conference rules, to file and bring up a privileged motion to vacate the chair and end Nancy Pelosi’s authoritarian reign as Speaker of the House,” the caucus said.

“Rule IX, Clause 3 of the Rules of the House of Representatives for the One Hundred Seventeenth Congress requires that ‘A resolution causing a vacancy in the Office of Speaker shall not be privileged except if offered by direction of a party caucus or conference,’” it said.

“Speaker Pelosi’s tenure is destroying the House of Representatives and our ability to faithfully represent the people we are here to serve. Speaker Pelosi has championed unconstitutional changes like allowing proxy voting and insulting security measures like metal detectors for Members coming to the floor to vote,” it said.