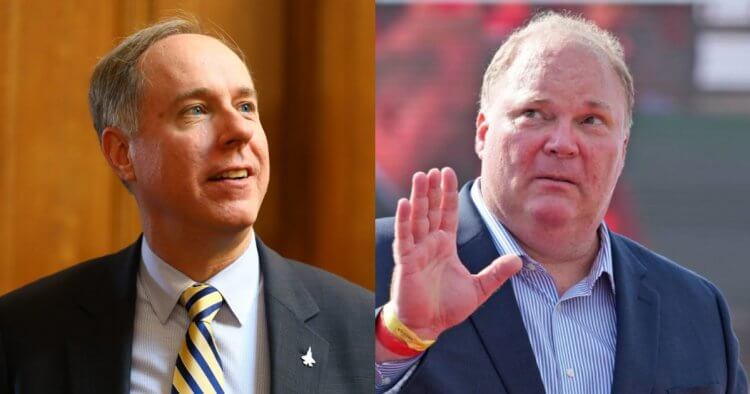 The termination occurred three days after Vos edged Adam Steen to win their primary contest by 260 votes. Steen had been endorsed by former President Donald Trump and Gableman.

“After having many members of our caucus reach out to me over the past several days, it is beyond clear to me that we only have one choice in this matter, and that’s to close the Office of Special Counsel,” Vos said. “For those like me who remain concerned about ensuring we have election integrity, we have a simple solution; to focus on our efforts to elect a Republican governor in November so we can pass the bills that were vetoed by Governor Evers.”

Democrats and local media outlets in Wisconsin have often criticized Gableman’s review of the election, claiming it to be “partisan.” Wisconsin Democrats said in an Aug. 12 statement that Vos should resign from office for having backed a “sham” investigation “all at taxpayer expense.”

Vos put Gableman’s investigation on hold in May, pending the resolution or settlement of at least five ongoing lawsuits related to the investigation.

Three lawsuits were related to Gableman’s capacity as an investigator to compel testimony from local officials and elections officials in the state after he filed subpoenas against the head of the Wisconsin Elections Commission (WEC)—which administers and enforces election laws in the state—and the mayors of several major cities.

Another two lawsuits were open records cases brought and won by American Oversight, a left-leaning judicial activist group that appears to exclusively target Trump and Republican interests. Both Gableman and Vos were held in contempt at various points during the lawsuits for not having turned over documents that were requested as a part of the investigation. Judges in the two lawsuits recently awarded a combined $261,000 in legal fees to American Oversight, to be paid for by taxpayers.

Gableman’s attorney, James Bopp, told the Wisconsin Examiner in March that the release of documents sought in the lawsuits must be blocked so as to not tip off any individuals who were being investigated, including election officials.

Vos said in May that Gableman’s salary of $11,000 a month would be cut in half during the investigation’s pause.

Gableman’s contract had been renewed in March, April, and May, with the latest contract having no expiration date but stating that either Vos or Gableman could terminate the agreement via written notice.

That notice has been provided to Gableman now.