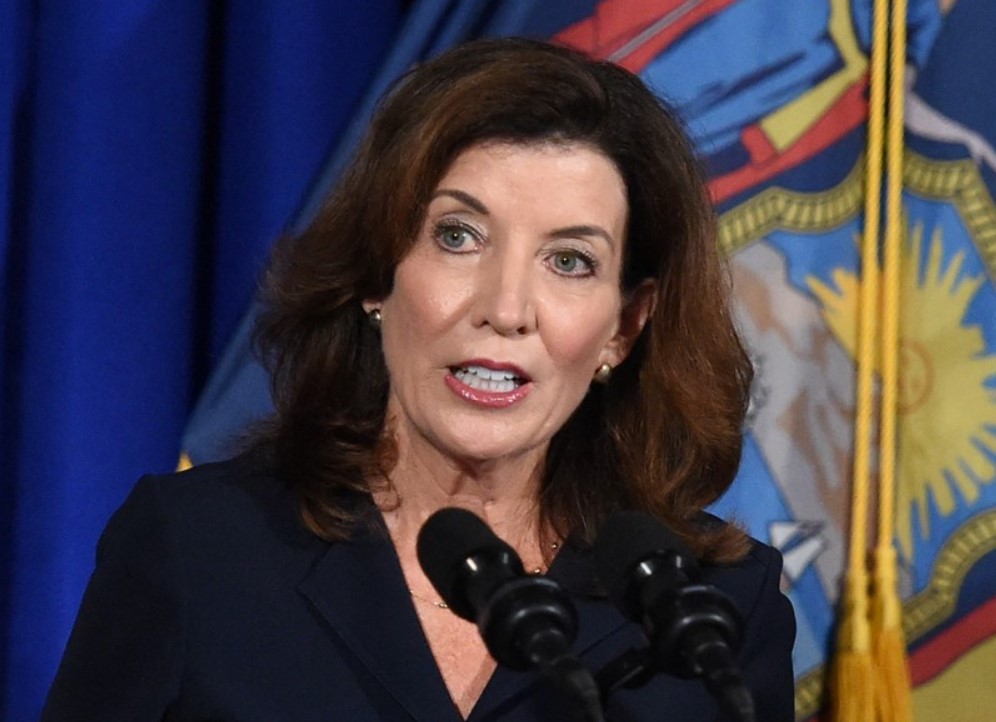 New York State Governor Kathy Hochul supports forced isolation and quarantine regulations, even if someone doesn’t have a confirmed disease.

She challenged last Friday’s State Supreme Court ruling, striking down state regulation 10NYCRR2.13. This regulation granted Department of Health bureaucrats the ability to force indefinite isolation and quarantine upon citizens of any age for any reason.

The ruling by Judge Ploetz of the State Supreme Court of Cattaraugus County cited there is already established Public Health Law 2120, governing isolation and quarantine. That law properly balances individual rights and the need for public safety.

“During the pandemic we saw the absolute breakdown of the separation of powers here in New York State,” said State Senator George Borrello at a grassroots press conference outside the New York State Capitol, below.

“Unfortunately, many of our colleagues were willing accomplices in that, creating a dictatorship in the name of public health and safety.”

The regulation allowed New York State Health Department to coordinate with local health authorities to mandate isolation and quarantine for any individual exposed to communicable diseases, even in locations beyond their own home. This was adopted as an “emergency” in March 2020 and renewed at 90-day intervals by Governors Cuomo and Hochul until Judge Ploetz recently ordered it to stop.

“The attempt by Governor Hochul and her Department of Health to create a procedure by which they could physically remove New York State residents from their homes and quarantine or isolate them from their families, in the name of public health, was an affront to the legislative process and a violation of our state constitution,” said lead attorney Bobbie Anne Flower Cox, Esq. of Cox Lawyers, PLLC. Cox argued this case pro bono, working with advocacy group Uniting NYS.

“They should not continue to waste valuable New York State taxpayer dollars fighting an appeal to try to overturn this just decision.”

“Governor Hochul and her Department of Health do not have the power to make law. That is a power reserved  only for the legislature,” said Cox.

“It truly shocks the conscience that Governor Hochul proposed this tyrannical regulation in the first place. The fact that she is now planning to appeal the court’s decision is nothing short of shameful. Kathy Hochul is running for governor this November. New Yorkers need to ask themselves if this type of tyrannical behavior is what they want for another 4 years!”

Provisions of the defeated bill resemble controversial Assembly Bill 416, proposed prior to and during the pandemic. While it never received legislative support, Bill 416 proposed detention of both groups and individuals.

“We’re talking about a proposal that would empower the state to take you, your child, your grandparent, or other members of your family from your home and into quarantine centers with little due process, for as long as the government felt necessary,” said Assemblyman Chris Tague.

“One would think such a frightening policy would come from a book or a movie, but it was coming from our state health department, dictated by Kathy Hochul.”