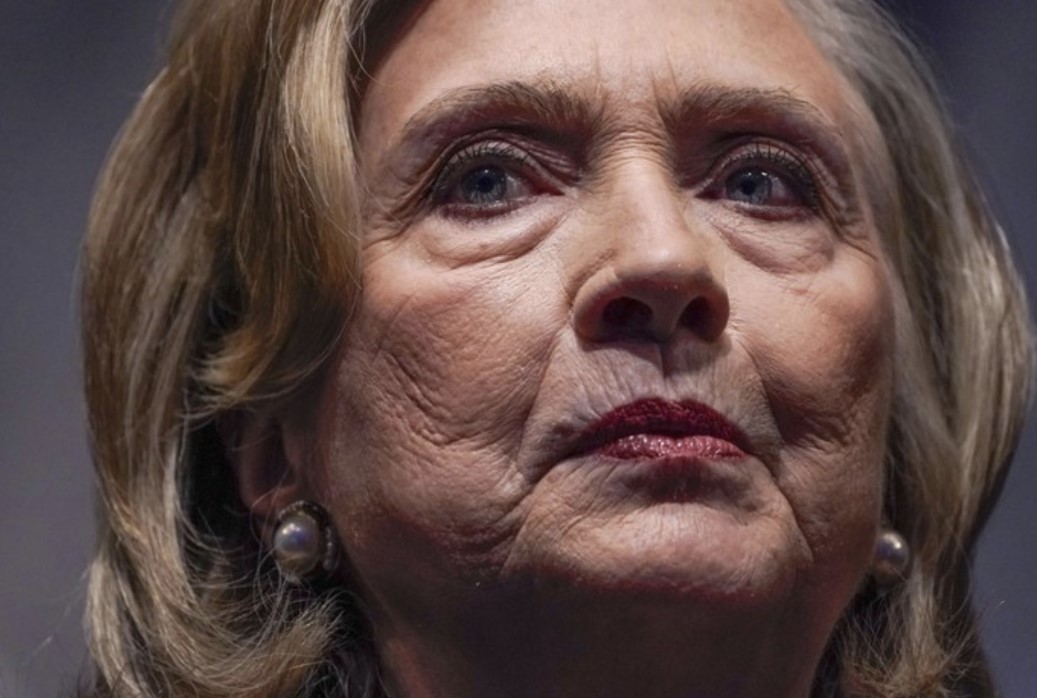 In a strange departure from the usual, Democrats have been failing miserably in their messaging over the past few years. Normally, the left excels at messaging as conservatives fail to create anything even resembling an effective communication strategy.

But now, it appears this particular paradigm is beginning to see a reversal. An example lies in the bizarre reality that Democrats have failed to read the room and learn from one of the biggest political mistakes made by one of their most prominent politicians: Failed presidential candidate Hillary Clinton.

Remember when she stood on that stage and referred to supporters of former President Donald Trump as “deplorables”? During a campaign fundraising event, she said:

You know, to just be grossly generalistic, you could put half of Trump’s supporters into what I call the basket of deplorables. Right? They’re racist, sexist, homophobic, xenophobic, Islamophobic – you name it. And unfortunately, there are people like that. And he has lifted them up. He has given voice to their websites that used to only have 11,000 people – now have 11 million. He tweets and retweets their offensive hateful mean-spirited rhetoric. Now, some of those folks – they are irredeemable, but thankfully, they are not America.

It was one of the most cringeworthy moments in recent political history. Even Clinton herself admitted it was a mistake.

But now, we have Democratic politicians making the exact same error. President Joe Biden intimated that those who supported Trump over him in the 2020 election were “semi-fascist.” During a fundraiser in Bethesda, Maryland, he said: “What we’re seeing now is the beginning or the death knell of an extreme MAGA philosophy. It’s not just Trump, it’s the entire philosophy that underpins the — I’m going to say something, it’s like semi-fascism.”

He continued, explaining that he respects “conservative Republicans,” but that “I don’t respect these MAGA Republicans.”

Biden saying ridiculous things is not unusual. But when questioned about his remarks, White House Press Secretary Karine Jean-Pierre not only doubled down, but took it even further.

But the president isn’t the only one who seems to want to repel voters.

New York Gov. Kathy Hochul, while speaking at a campaign rally, intimated that residents who share beliefs with people like gubernatorial candidate Lee Zeldin and Marc Molinaro, who was running for Pat Ryan’s House seat, should leave the state.

“We are fighting for democracy. We’re fighting to bring government back to the people and out of the hands of dictators,” she said.

She added: “Trump and Zeldin and Molinaro – just jump on a bus and head down to Florida where you belong. OK? Get out of town. Because you don’t represent our values.”

Her comments were directed at Trump, Zeldin, and Molinaro, but by extension, it could easily be viewed as an attack on New Yorkers who support these three men. By saying their ideas don’t belong in New York, it seems clear her remarks also apply to regular folks who adhere to them.

Last, but not least, we have Charlie Crist, who planted his foot firmly in his mouth shortly after winning Florida’s Democratic gubernatorial primaries. After defeating the state’s Agriculture Commissioner, he will be the one to challenge – and be defeated by – Gov. Ron DeSantis. But while speaking with reporters after his win, Crist made what might be a fatal mistake.

When asked about winning over DeSantis voters, Crist said:

“Those who support DeSantis should stay with him and vote for him and I don’t want your vote. If you have that hate in your heart, keep it there.”

It is quite difficult to imagine someone being so politically inept that they actually tell people not to vote for them. But it appears Crist was up to the challenge.

But again, how did these people become so clueless? Most people know that you cannot win people over by insulting them. Yet, they just can’t help themselves. It is almost like the emergence of former President Donald Trump broke something in their psyche – they can’t even think straight anymore. This, along with their ineptitude, is leading them to disastrous outcomes in the upcoming congressional elections. The question is: Will they have time to turn it around, or is it too late?