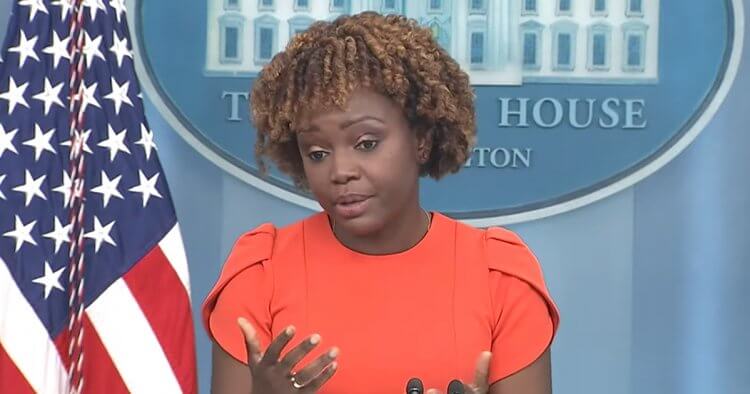 Many Americans agree with the title of a piece in the Western Journal declaring the White House is waging war on Trump voters. In what seems to be a Hitleresque scorched-earth policy in advance of the projected “red wave” coming this November, a number of prominent Democratic voices are stepping up the rhetoric and laying down kindling that can ignite the fires of civil unrest.

This week, President Joe Biden called Trump supporters (who prefer to refer to themselves as patriots) “semi-fascists.”

There are attempts, from the president on down, to associate Trump’s MAGA — Make America Great Again –label with radicalism, sexism, bigotry and racism. Biden upped the hyperbole this week by referring to “ultra-MAGA” Trump supporters as “semi-fascists.”

The rhetoric is divisive and incendiary. Hillary Clinton’s infamous 2016 campaign-speech insult that called Trump supporters a “basket of deplorables” pales in comparison to what we’re hearing today.

This week, White House Press Secretary Karine Jean-Pierre, claimed that at least five Republicans, and many MAGA supporters, represent “threats against our democracy,” accusing them of carrying out an “attack of our core values as a country.”

“All of them,” Jean-Pierre said, were part of the “extreme wing” of the Republican Party.

Biden is calling for Democrats “to vote to literally save democracy once again.”

New York Gov. Kathy Hochel told Republicans to leave her state, demanding: “Just jump on a bus and head down to Florida where you belong … You are not New Yorkers.”

“You have Rep. Paul Gosar, has posted videos depicting him attacking the President and members of Congress.

The Press Secretary continued: “You have Rep. Madison Cawthorn, has said, falsely, ‘If our election systems continue to be rigged and continue to be stolen, then it’s going to lead to one place, and that’s bloodshed,’” she continued. “And just last week, you had Gov. Ron DeSantis suggested that Dr. Fauci should be physically assaulted. And former President Trump has done the same many, many times.”

The Western Journal noted that the “majority of this, of course, is either disingenuous, false or blown out of proportion.”

The Journal noted how Gosar’s reported support for “attacking the president and members of congress” was, in fact, a “poorly considered” and purposely poorly edited video in which his face was “badly superimposed on a character from the series “Attack on Titan.” That character was shown attacking villains having silly superimposed faces of DNC leaders such as Biden and Rep. Alexandria Ocasio-Cortez of New York.

Most saw the meme for what it was, a silly (if not poorly considered) effort to poke fun at the DNC-GOP war currently being waged in Congress. Few believe the meme substantively threatened American democracy.

Florida Gov. Ron DeSantis’ comment that Dr. Anthony Fauci “needs to go” resonates with most Americans. His comment during a news conference last week that stated, “Someone needs to grab that little elf and chuck him across the Potomac,” expressed frustration and humor and was not a call for insurrection or violence.

With approval ratings plummeting and backlash against DOJ, FBI, CDC and FDA oversteps and abuses rising, some suggest dark interests are pushing America toward a civil war.

The double standard and false narratives would be funny if not so serious.

Biden Delivers One of the Most Divisive, Hate-Filled Speeches in History