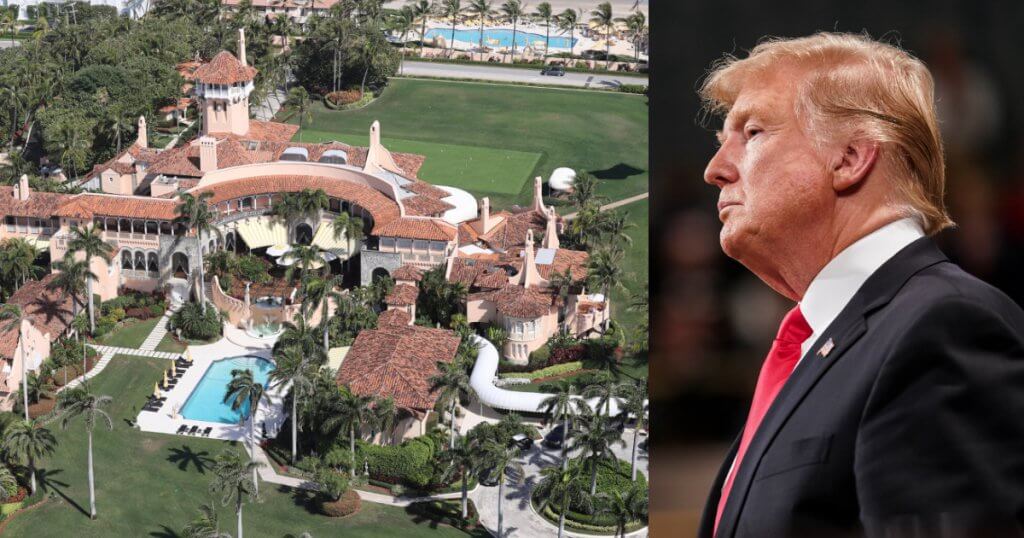 In a move many believe will backfire against desperate Democrats hell-bent on keeping former President Donald Trump from holding office again, the Justice Department authorized a raid on Trump’s home in Mar-a-Lago, Florida.

The raid produced no results, and White House denials that they were aware of the planned raid are viewed with great skepticism.

According to the Daily Wire, the White House “only learned of the FBI’s stunning raid…on Twitter, at the same time the media did, according to multiple reports.”

Fox News reports Trump was the first to reveal that his home was “under siege” by a “large group” of FBI agents.

An angry Trump said: “Nothing like this has ever happened to a President of the United States before. After working and cooperating with the relevant Government agencies, this unannounced raid on my home was not necessary or appropriate.”

Trump assessed: “It is prosecutorial misconduct, the weaponization of the Justice System, and an attack by Radical Left Democrats who desperately don’t want me to run for President in 2024, especially based on recent polls, and who will likewise do anything to stop Republicans and Conservatives in the upcoming Midterm Elections.”

Actions of this magnitude require layers of approval and significant probable cause. Executives in the FBI, Justice Department Officials, and at least one Judge needed to sign off on the search warrant. Fox News noted that it is very unlikely Biden-appointed Attorney General Merrick Garland was not aware of (and did not approve) the action.

New York Times political writer Jonathan Martin noted it was improbable that the Department of Justice would execute a search warrant on a former president without Biden’s knowledge. Martin tweeted:

“Senior White House officials found out about the FBI’s Mar a Lago raid on Twitter, had no notice, per source familiar,” Martin tweeted.

“No advance knowledge. Some learned from old media some from social media,” O’Keefe wrote, quoting a senior administration official.

“No advance knowledge. Some learned from old media some from social media,” O’Keefe wrote, quoting a senior administration official.

Many note the raid sets a dangerous precedent for our democracy and are now calling for defunding the FBI.

“The FBI must be legally and formally dissolved,” tweeted Candace Owens.

The New York Times reports the FBI raided Trump’s home, looking for material Trump allegedly brought with him after he left the White House in 2021. Trump has denied he has the documents. FBI agents found no such documents.

Notably, David Axelrod, the former top adviser to President Obama, said Attorney General Merrick Garland has gone beyond the point of no return, at least politically, according to the Daily Wire.

Denying knowledge of the raid chips away at the deteriorating estimation of Biden’s level of integrity. According to TownHall, Biden’s falsehoods include:

BIDEN – Defended the Hunter Biden laptop scandal saying, “There are 50 former national intelligence folks who said what he’s accusing me of is a Russian plant.”

BIDEN – “There is no evidence that when you raise the minimum wage, businesses go out of business. That is simply not true.”

BIDEN – “We have a higher deficit with China now than we did before.”

BIDEN – “The expectation is we’ll have another 200,000 Americans dead in the time between now and the end of the year. If we just wore these masks, the president’s own advisers have told him, we could save 100,000 lives.”