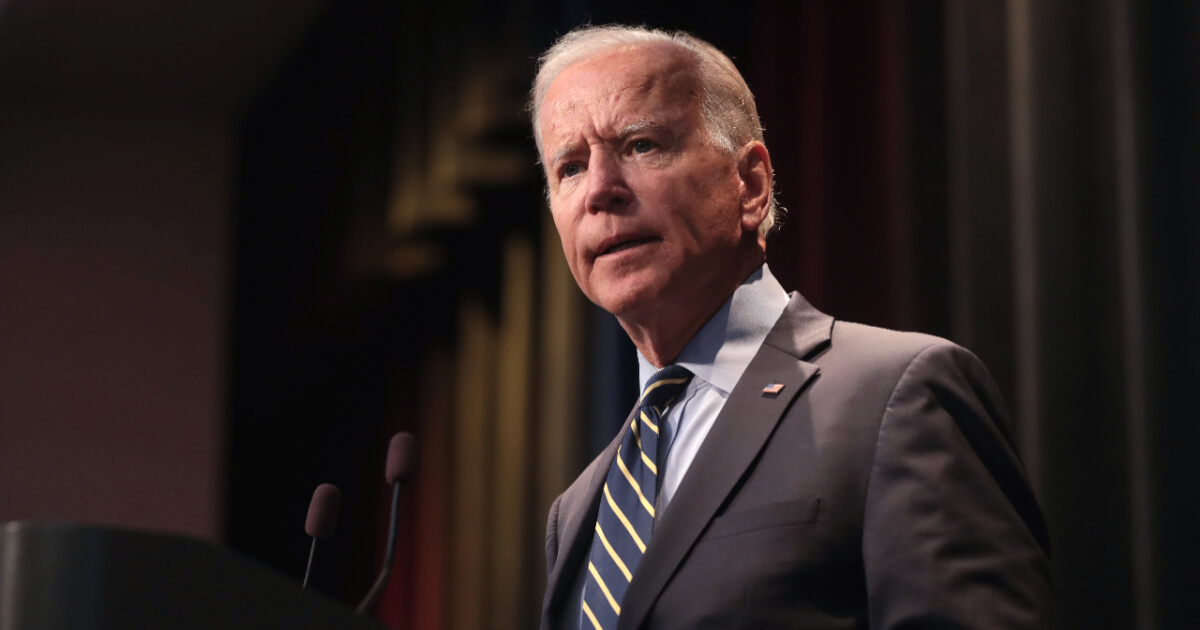 The president may have violated the Presidential Records Act by deleting a Twitter post without first clearing it with the National Archives.

“Seniors are getting the biggest increase in their Social Security checks in 10 years through President Biden’s leadership,” President Biden crowed in a tweet. The post was removed after other posters noted the increase resulted from large jumps in inflation.

The Nov. 1 tweet is “almost certainly a record that belongs to the public and subject to the Act’s destruction protocol,” the group wrote in a letter sent to the heads of the National Archives and Records Administration and the Office of Government Ethics on Friday.

“Outside of the unprecedented reliance on the Act to support a subpoena to search the home of a former U.S. President, the Act and its enforcement have historically received little attention,” wrote Michael Chamberlain, director of Protect the Public’s Trust, referencing the FBI raid of former President Donald Trump’s Mar-a-Lago estate to search for presidential records.

“However, now that strict enforcement of the Act appears to be a high priority for the Archivist of the United States, and by extension the Department of Justice, we would like to bring to your attention a matter of serious concern as it applies to preserving the historical record of President Joseph Biden,” Chamberlain adds.

The Biden administration deleted the tweet after social media users pointed out the increase Social Security benefits was tied to decades-high inflation.​

“Seniors are getting the biggest increase in their Social Security checks in 10 years through President Biden’s leadership,” read the tweet from the official White House account.

Twitter appended a note to the tweet, clarifying that ​​”Seniors will receive a large Social Security benefit increase due to the annual cost of living adjustment, which is based on the inflation rate,” and the social media company added a link to the Social Security Administration’s website for further explanation.

According to the Presidential Records Act, a commander-in-chief can only dispose of White House records “once the views of the Archivist of the United States on the proposed disposal have been obtained in writing.”

Protect the Public’s Trust argues that the White House’s explanation for deleting the tweet, claiming that it was “not complete” and missing “context,” leaves “serious questions whether it was deleted to save the Administration embarrassment or avoid criticism and whether the proper protocols were followed.”

White House press secretary Karine Jean-Pierre on Wednesday said about the incident: “The tweet was not complete. Usually when we put out a tweet we post it with context, and it did not have that context.”

It remains to be seen if the Justice Department pursues Biden’s records act lapse with the same vigor it used to prosecute former President Donald Trump.