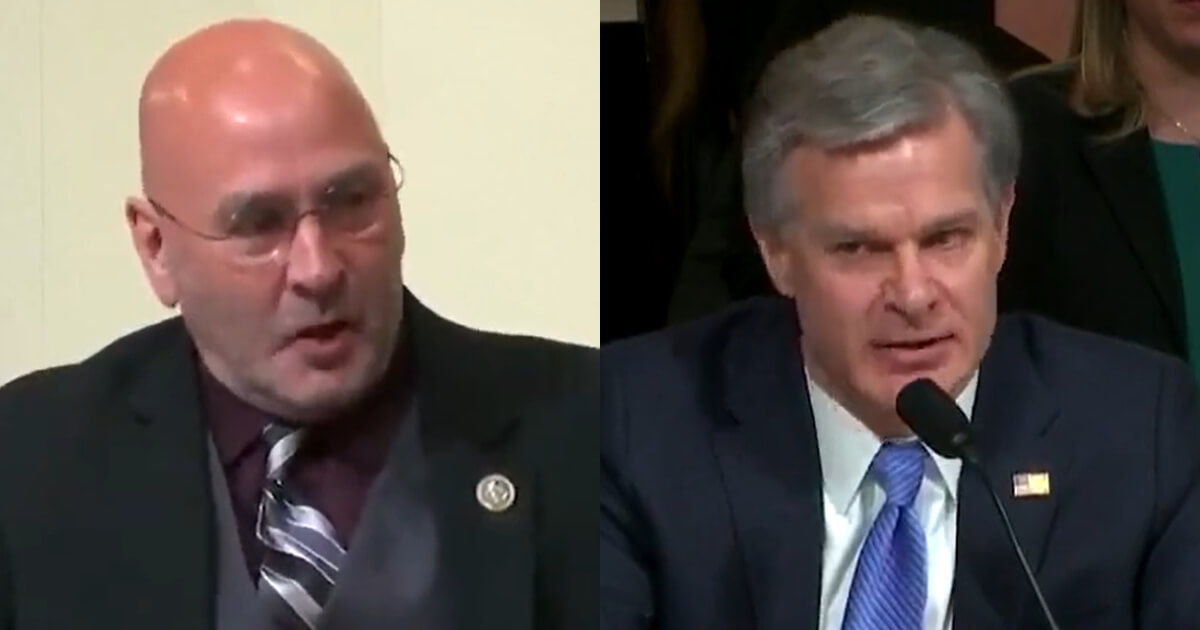 FBI Director Chris Wray refused to say Tuesday whether FBI sources had dressed as Trump supporters and entered the U.S. Capitol ahead of protesters on January 6, 2021.

The FBI director said he has to be “very careful” about “when we do and do not and where we have and have not used confidential human sources.”

“To the extent that there’s a suggestion for example that the FBI’s confidential human sources or FBI employees in some way instigated or orchestrated Jan 6, that’s categorically false,” Wray said.

Higgins pressed Wray on if any FBI confidential human sources were dressed as supporters of former President Donald Trump and positioned in the U.S. Capitol “prior to the doors being open[ed].”

Wray began his response reiterating his previous answer when Higgins exploded: “It should be a no! Can you not tell the American people, no, we did not have confidential human sources dressed as Trump supporters positioned inside the Capitol on January 6?”

Wray responded as Higgins time for questioning expired, saying, “You should not read anything into my decision to not to share information related to confidential human sources.”

Prior to the January 6, 2021, Capitol riot, the FBI had as many as eight sources embedded within the Proud Boys, a right-wing paramilitary group that was represented in the Capitol riot. Five members of the group are scheduled to stand trial next month for their actions leading up to and on January 6. The defendants have been charged with seditious conspiracy for allegedly planning and coordinating the Capitol riot.

Republicans 1 Seat Away From House Majority