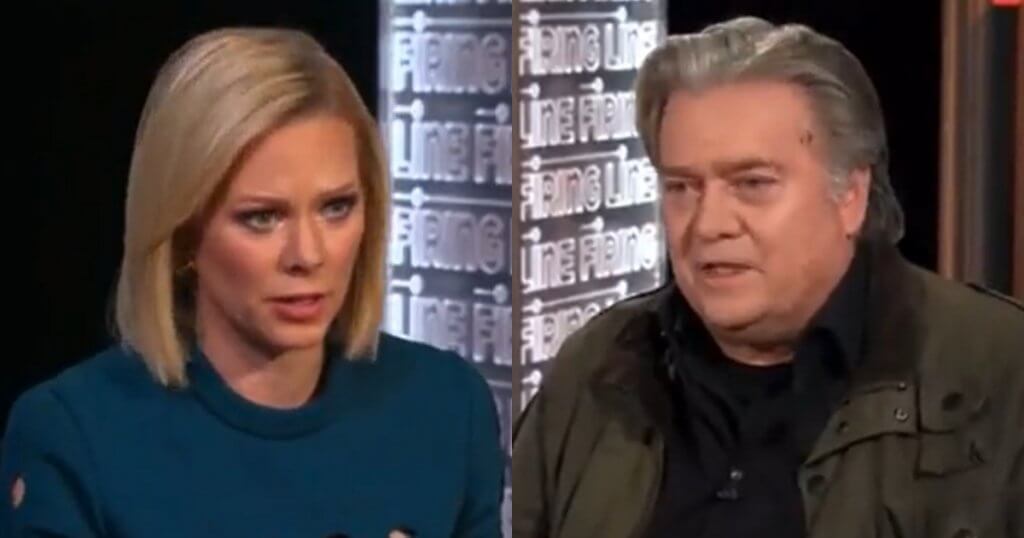 Steve Bannon said in a Saturday interview that the U.S. economy makes millennials worse off that 19th-Century Russian serfs.

He had an intense discussion with Public Broadcasting Service host Margaret Hoover about America’s economy in Saturday’s broadcast of “Firing Line.”

“The backbone of the United States of America has always been working-class and middle-class people,” Bannon proclaimed. “What we have to do is have a party that understands their needs, that particularly understands the ability of wages.”

The political advisor to former President Donald Trump described himself as a protectionist who believes the U.S. needs a strong manufacturing base that employs working-class and middle-class people.

“I’m gonna tell ya there is going to come a point in time that the family unit I was so blessed to come up with a mother that could stay at home with her five kids and a father who could work a blue-collar job as a foreman and pay for Catholic school,” Bannon explained, adding, “that day’s ahead of us.”

He complained that current economic policies allow the entire world to unfairly compete with U.S. workers, lowering domestic wages and benefits to match the lower compensation required by third-world workers.

Ms. Hoover dismissed his ideas as “nostalgic” and “backward-looking”, asking wide-eyed why Bannon would possible want to restore manufacturing at the base of the American economy.

The PBS host also mocked the concept of a stay-at-home mother as if raising a family was not a valuable contribution to society. Bannon responded that he thought women should have the opportunity to choose to stay home with their children rather than having both parents work to afford their lifestyle.

He called the 1950s the “Golden Age”, which prompted a quick retort from Hoover.

“For White Americans,” Hoover snarked before Bannon countered that he was not referring to the cultural aspects of that era as much as he was noting the economic engine of the time.

That’s when Bannon compared the country’s younger workers to former serfs, noting that they may be healthier, better clothed and better looking but they do not own anything.

Washington D.C. Is Run By the Enemies of the American People – It Is Time to Take America Back (VIDEO)