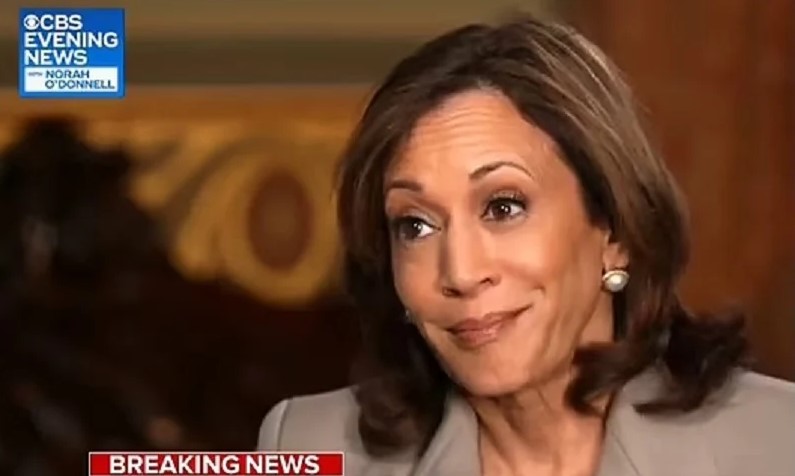 Kamala Harris has once again responded to a fairly simple question with her signature word salad.

CBS News reporter Robert Costa had asked Harris if she believed that the Democrats failed their voters by not codifying Roe v. Wade.

“Clearly were not,” Costa said.

“No, that’s right,” Harris said. “And that’s why I do believe that we are living, sadly, in real unsettled times.”

The Daily Mail pointed out that “Roe v Wade was passed in 1973. Since then Democrats have had 15 congressional majorities, and four presidents.”

The full interview will air on ‘Face the Nation’ on Sunday.

Harris’ flubs have become a fixture of seemingly any interview or speaking engagement.

On Tuesday, Harris spoke to people in Highland Park, where a mass shooter took seven lives during their Fourth of July parade.

HUGE: Twitter Is In a Terrible Spot … Investors Speaking Out About Company Management Falsifying Records

BREAKING: TRUMP WAIVES EXECUTIVE PRIVILEGE — Steve Bannon Willing to Testify Before Sham Jan. 6 Committee of “Thugs and Hacks” — IT’S ABOUT TO GET REAL!