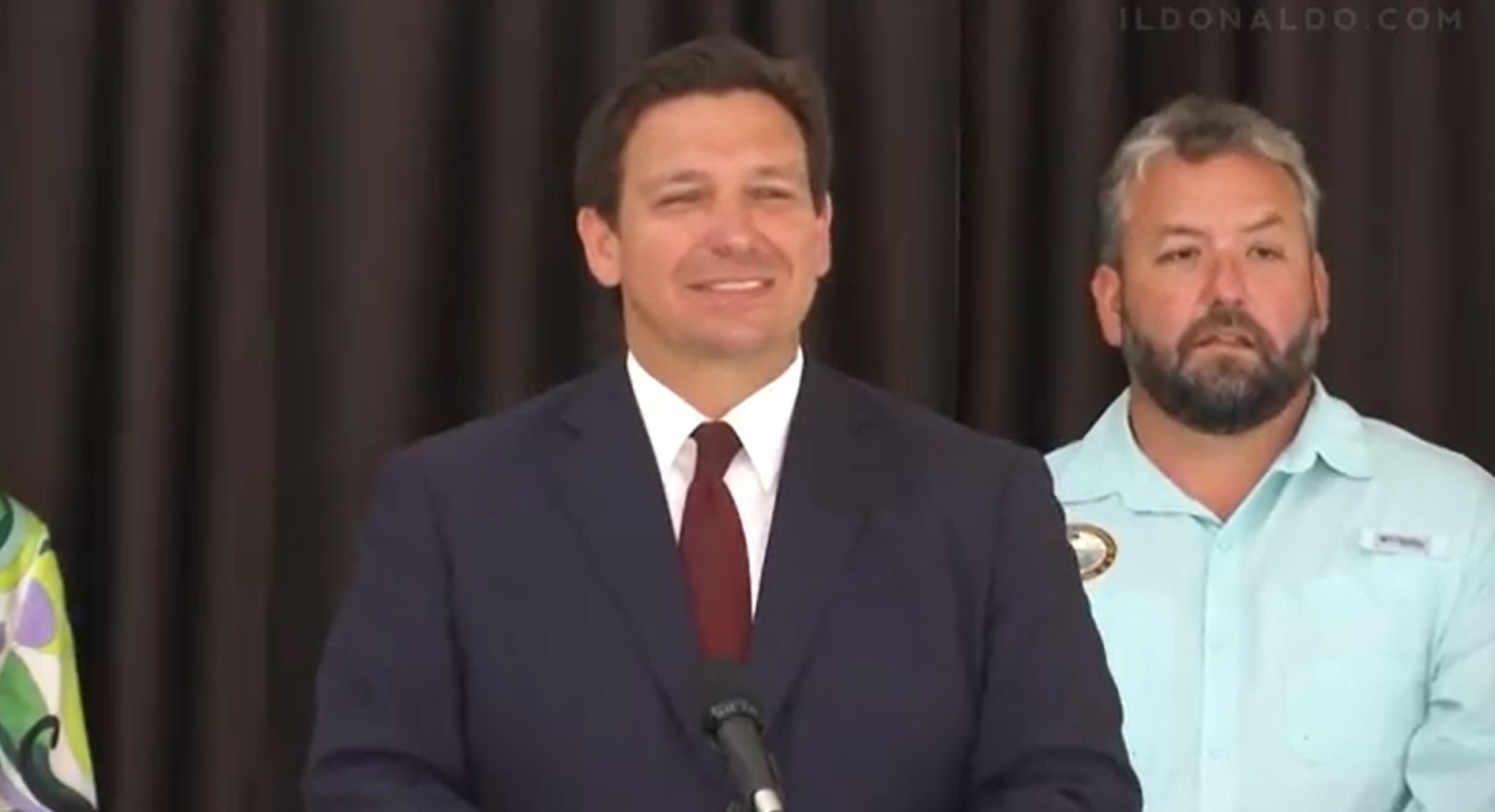 He attacked them over their policies on abortion, LGBTQ+ rights, and voter integrity laws.

The ad aired on Fox News.

Governor Gavin Newsom of California has aired a commercial in Florida over the Fourth of July holiday weekend urging residents there to fight for freedom, or move to his state in order to find it.

The ad – which pits blue state California against currently red state Florida – exemplified the growing divides in the US as Republican-led state legislatures have pursued rightwing policies on a slew of issues from banning abortion to attacking LGBTQ+ rights and voting issues.

“Freedom is under attack in your state,” California’s Democratic leader said in the punchy advertisement, paid for by Newsom’s re-election campaign and aired on the rightwing Fox News channel.

“Republican leaders – they’re banning books, making it harder to vote, restricting speech in classrooms, even criminalizing women and doctors. I urge all of you to join the fight, or join us in California, where we still believe in freedom.”

DeSantis was asked about those attacking Florida – he didn’t hold back.

“Well look…everyone wants to talk about me and Florida. I’m just sitting here little old me doing my job. I can just tell you this, I was born and raised in this state, and until the last couple of years I rarely if ever saw a California license plate in the state of Florida, you now see a lot of them. I can tell you if you go to California you ain’t seeing very many Florida license plates.”

Hundreds of thousands of California residents are fleeing the state.

More than 360,000 people left California in 2021, in what some are calling “The California Exodus” — many leaving for states like Texas, Arizona and Washington.