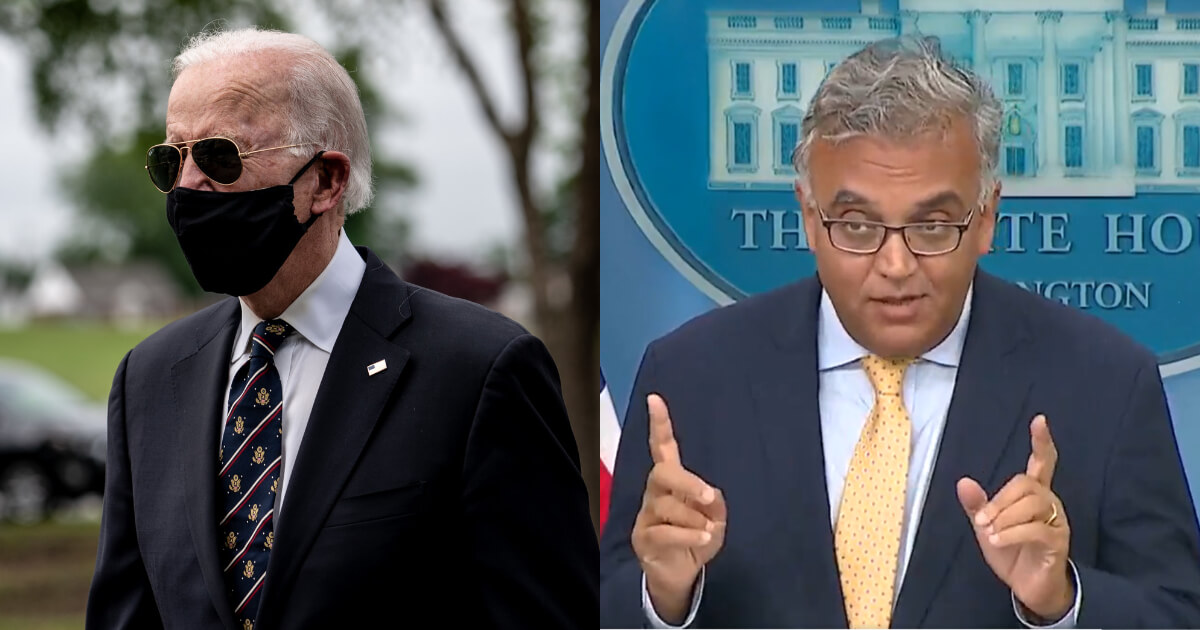 White House Coronavirus Response Coordinator Ashish Jha spoke about President Joe Biden in an update Friday as though the president were struggling to finish meals.

“He slept well last night. He ate his breakfast and lunch fully,” Jha said at a White House press briefing. “He actually showed me his plate,” he added while making a plate-holding gesture with his hands.

Following the statement, reporters questioned Jha and White House press secretary Karine Jean-Pierre about what the president ate, according to the briefing transcript. Both associates were unable to answer the question.

“Didn’t ask about the menu, but I did see an empty plate with crumbs,” Jha stated, followed by Jean-Pierre exclaiming, “He did, yeah.”

After the exchange, Twitter users wasted no time mocking Biden, comparing him to a toddler.

“Joe Biden took his nap and ate his food like a big boy,” one user stated. “He even showed his handlers that he made a happy plate!!”

Comedian and Washington Times columnist Tim Young also took a swipe at Biden, “Has there ever been an official statement that makes an American President sound weaker than the White House doctor saying Biden, ‘cleaned his plate’ and held it up to show him?”

“My mom and dad used to give me a cookie when I made the “Clean Plate Club” at dinner! Yay Mr. President of the United States! Such a big boy!!” one user wrote.

“Is this where the leader of the U.S is at health wise? He’s eating and showed people his empty plate?” another added.

Hunter Biden probe confusion ‘textbook example’ of why a special counsel should be appointed, Turley says