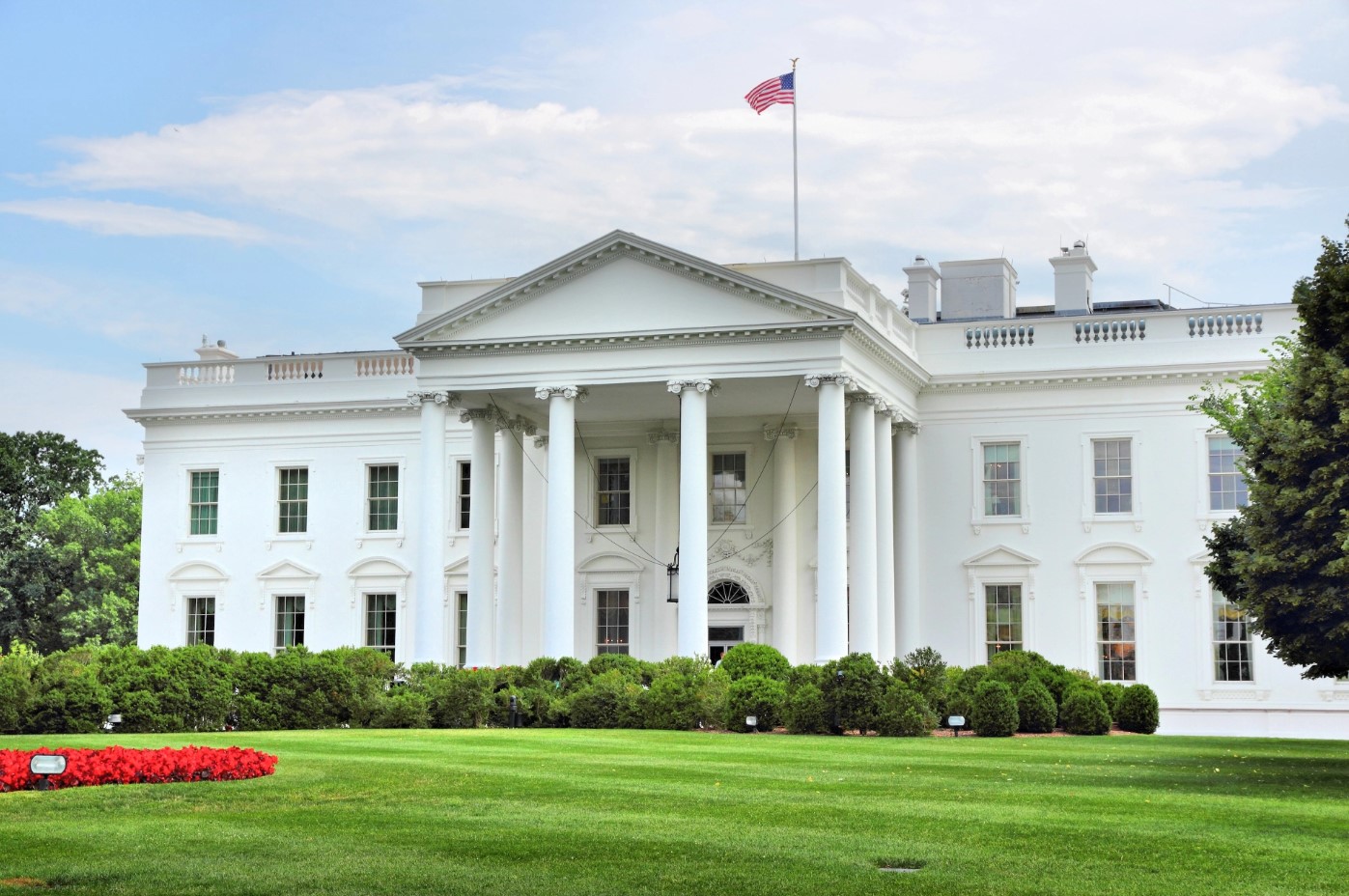 Washington D.C. is enemy-occupied territory – It is time to take America back

The accumulation of excessive power has made the federal government a self-serving and self-preserving entity unaccountable to the American people and operating outside of constitutional constraints.

The U.S. government has become a corrupt one-party state, composed of mutually supportive Democrat and Republican politicians, administered by a permanent dictatorial bureaucracy, all controlled by transnational interests, who plunder American assets for personal power and profit, while attempting to maintain the illusion of democracy.

Once exposed, when blatant and outrageous lies are no longer sufficient to soothe the electorate into complacency, such a government must curtail freedom and oppress the people in order to retain power.

The politically contaminated Department of Justice and the Federal Bureau of Investigation have created a two-tier justice system, in which those serving the one-party state are never held accountable for their crimes, while opponents of federal overreach and malfeasance are treated like Soviet-era political prisoners without rights or due process.

It is a government that cannot be reformed through the electoral process because election integrity can no longer be assured.

Many Americans ask, how was the United States transformed from a constitutional republic into a one-party state inching towards totalitarianism?

It resulted from the eventual convergence of the separately-evolving political and economic philosophies of the Democrat and Republican parties that occurred during the Cold War’s clash between capitalism and communism.

It was a shift in support from American constitutional nationalism to authoritarian transnationalism, either corporate or communist, today represented by the global governance models of the World Economic Forum and the Chinese Communist Party. Both advocate systems in which small ruling elites oversee billions of virtual slaves without individual rights or property. In a world without nations, there are no citizens to which rulers need cater or be accountable, just humans as replaceable parts in lands to be exploited.

Stated simply, it was the political and economic abandonment and degradation of American citizens in favor of transnationalism by both Democrats and Republicans that has paved the way for the emergence of an American one-party totalitarian state.

About the same time the Democrat Party shifted its base of support from American workers to wealthy donors and corporate liberals, who were investing heavily in the global economy, Republicans were responding to the needs of large multinational corporations rather than American small business, which was the backbone of the U.S. economy and the American Middle Class.

In parallel, American communists, who embraced a governance model similar to the corporate globalists, never abandoned the notion of fundamentally transforming the United States of America.

The takeover of the Democrat Party by communist elements followed the pattern witnessed after the 1917 Russian Revolution.

At that time, the political left widely believed that a violent proletarian revolt would sweep across Europe and, ultimately, North America.

As a result, the Communist International began to investigate other ways to create the state of societal hopelessness and alienation necessary as a prerequisite for socialist revolution – in essence, to erode western democracy from within.

The single, most important organizational component of that effort was a Communist think tank called the Institute for Social Research, popularly known as the Frankfurt School.

The task of the Frankfurt School was first, to undermine the foundation of Western civilization that emphasized the uniqueness of the individual and, second, to determine new cultural forms that would increase the disaffection of and division among the population.

Just as in classical economic Marxism, where certain groups like workers and peasants are a priori good, and other groups like the bourgeoisie and capital owners are evil, in Cultural Marxism, feminists, racial and ethnic minorities and those who define themselves according to sexual orientation are deemed good and “victims” of societal injustice. It logically follows, then, that white males and “privilege” and, by extension, Western civilization, are automatically and irredeemably malevolent.

Likewise, when the violence perpetrated by radicals in the 1960s failed to spark revolution in the United States, American communists adopted the tactics of the Frankfurt School, spawning new cultural forms like critical race theory, transgenderism, sexual grooming of children and even a tolerance for pedophilia, all to create societal degradation, division and conflict, again, essential elements for radical political change.

American communists concluded that the best means to create a one-party state was to take over the Democrat Party.

The process to establish a one-party state was already underway in the Democrat Party in the mid-1960s through immigration and social welfare legislation designed to generate a permanent Democrat voting majority.

The Hart-Celler Immigration and Nationality Act of 1965 was designed to import new Democrat voters from Third World countries, while President Lyndon Johnson’s Great Society and War on Poverty programs was meant to create dependency on the federal government, mainly among Black Americans, which, tragically, led to the destruction of the Black family.

The Biden regime’s open borders policy is simply a radical extension of the American voter replacement concept initiated by the Hart-Celler Immigration and Nationality Act of 1965 and consistent with the World Economic Forum’s view of American workers as replaceable parts.

To the detriment of the American people and the health of the country, as the Democrat Party moved ever more politically leftward, the Republicans followed.

The American two-party system was further subverted as Democrats ran as Republicans in conservative districts.

It is why so many Republicans, so easily and so often vote with Democrats on critical national issues.

Republican leaders do not oppose their Democrat counterparts because they do not want to challenge the ruling class, they want to be part of it. The Republican Party has solidified its choice to no longer represent what had been its constituency, but to adopt the identity of junior partners in the ruling class.

The fusion of Democrat and Republican ideologies based on transnationalism precipitated the separation of the federal government from the American people.

Nevertheless, the Democrat and Republican parties are now irretrievably linked to and financially dependent upon transnational entities.

Today, the United States is ruled by a political aristocracy that sees itself as distinct from the American people and as the only element capable of governing the country, and those who oppose them as having no intellectual or legal right to do so.

The Bible says that a house divided against itself cannot stand.

Likewise, a government separated from the people, also, cannot stand.

It is a fundamental principle of our constitutional republic that the efficiency and effectiveness of government are directly dependent upon the trustworthiness of government officials as representatives and executors of the views and desires of the people.

The U.S. federal government no longer serves that function.

There are many challenges facing the United States that cannot be effectively addressed without solving two fundamental problems.

First, the federal government, as an institution, is hopelessly corrupt and, second, although we have elections, we do not have representative government.

It is no longer a contest between the Democrat and Republican ideologies but a battle between the entrenched power of the bipartisan political establishment versus the freedom and well-being of the American people.

There is a winning coalition in the United States, one inclusive of all Americans, one for all those who believe in a simple proposition — honest, representative and effective government.

But there will be no solutions emanating from Washington, D.C. because it has made itself an enemy of the American people.

We can only restore our constitutional republic through a nationwide, bottom-up political insurgency based on the Second Amendment’s right to keep and bear arms and the Tenth Amendment’s restrictions on the powers of the federal government.

It is time to take America back.

Lawrence Sellin, Ph.D. is a retired U.S. Army Reserve colonel and a veteran of Afghanistan and Iraq. He had a civilian career in international business and medical research. Dr. Sellin is the author of Restoring the Republic: Arguments for a Second American Revolution. His email address is lawrence.sellin@gmail.com.

MSNBC Guest: “I’m Willing to Believe in Hell Just So That Trump Has Some Place to Go in the Next Life” (VIDEO)