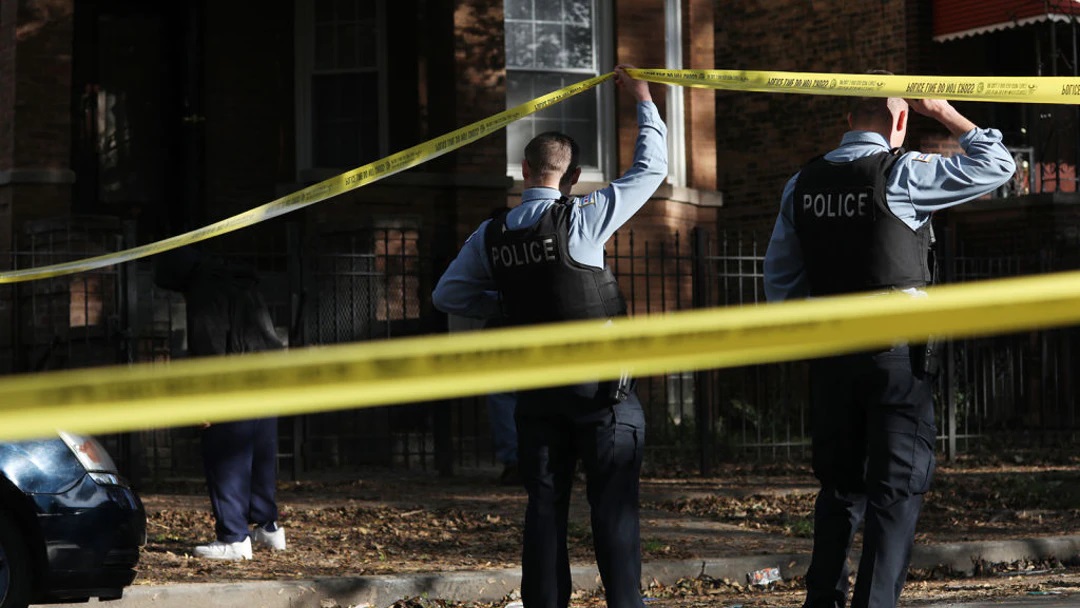 Summer in Chicago began with a deadly weekend as multiple shootings left at least five dead and another 18 injured — with two days left of the Memorial Day holiday weekend.

At least ten separate shootings took place in the Windy City between Friday evening and early Sunday morning, resulting in a number of casualties. NBC published a detailed report on the shootings just before noon on Sunday.

The first shooting reportedly took place when a group of gunmen opened fire on a man who was sitting in his car and a woman who was standing nearby. The man, 34, sustained a gunshot wound to his neck and was taken to the hospital in critical condition. The woman, 31, was shot in the elbow and is listed in fair condition. Another man, aged 32, was apparently “caught in the crossfire” and was struck in the back. He was also reported to be in fair condition. Police have no suspects in custody.

The second shooting occurred within minutes, when a 42-year-old man was shot in the shoulder after passing through a group of several vehicles. He was able to drive himself to the hospital.

Several hours later, a 56-year-old man was shot several times by someone driving by in a white SUV. He sustained injuries to his hip and back, but was taken to the hospital in fair condition.

The first fatal shooting took place early Saturday afternoon, when a man was shot in the head and died a short time later at the hospital.

A 26-year-old man was shot in the buttocks while driving about an hour later, and he reportedly told police that he had heard shots and felt pain. He was listed as stable in NBC’s report.

The next fatal shooting occurred just after 5pm, when two men opened fired on each other. Both died after being transported to University of Chicago Medical Center.

One additional shooting took place just before midnight on Saturday, when shots were fired into a vehicle. A bullet grazed a 27-year-old woman’s finger, but she declined treatment. A 25-year-old man was also struck in the left leg, and he was taken to a nearby hospital.

An hour later, a man’s hand was grazed by gunfire while he was driving. He also refused treatment for his injury.

Another man was struck in the head and body. Police pronounced him dead at the scene but did not provide additional information other than to say that no suspects were in custody.

Two men were each shot in the leg a short time later while standing on a street corner. One is said to be in critical condition while the other is reportedly in fair condition.

A man (18) walked into an area hospital and informed doctors that he had been shot in the foot. He did not provide additional information.

An adult man was found on the ground with bullet wounds to his back and hip. He has not been identified and is in critical condition.

Another fatal shooting occurred just before 7 am on Sunday — while the victim was driving. His car crashed into the median after he was struck several times in his left side, and he was pronounced dead after arriving at the hospital.

Nancy Pelosi’s Office Responds To Her Husband Being Arrested