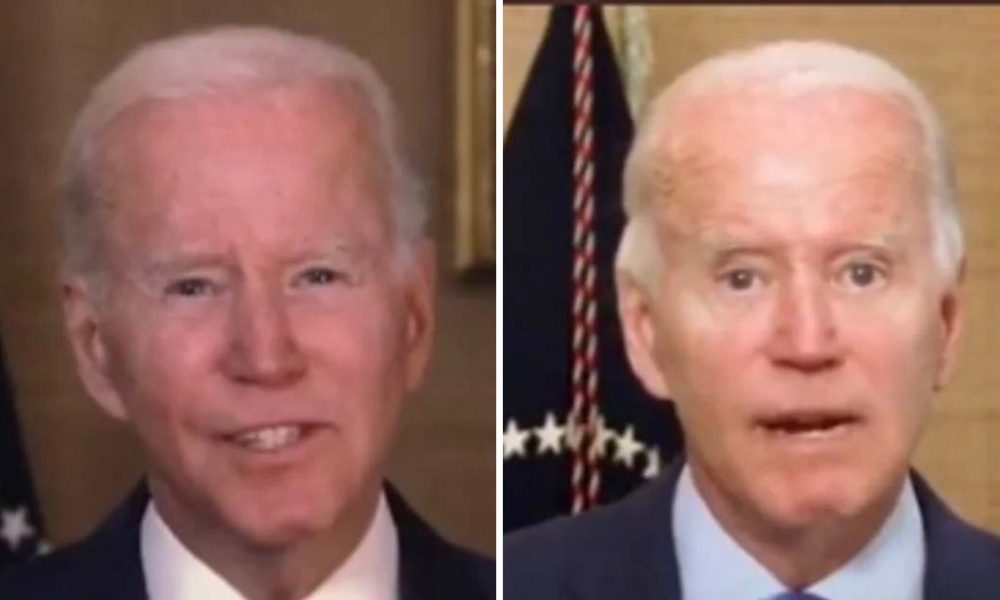 Earlier this week, President Joe Biden gave a dramatic speech about the Jan. 6 riot at the Capitol being a “medieval hell” for our “brave law enforcement officers” with people running around “dripping in blood [and] surrounded by carnage.”

While most listeners were no doubt enthralled beyond the possibility of distraction, there were a few people who couldn’t help noticing that the president’s eyes looked weirdly wide and dilated toward the end of his inspirational oration. Also, he didn’t blink, like, at all.

A few people also seemed to think there might have been some fancy editing going on.

Just a few hours later, the White House posted a video of President Biden telling Americans that “gas prices have dropped every day this summer” and promising to pressure the oil industry to pump more oil “even as we stay focused on transitioning to a clean energy economy.”

A Twitter user called “Five Times August” posted the two videos going back and forth and suggested there just might be something fishy going on here.