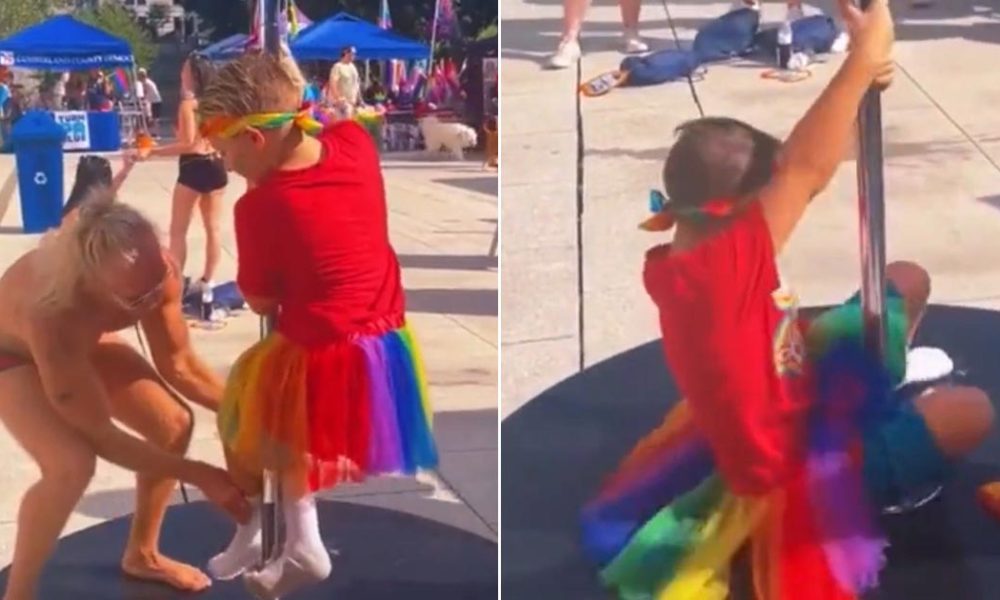 Video of a young boy spinning around a stripper pole at a ‘pride’ festival in Pennsylvania on July 30 was making the rounds on social media this week.

A shirtless man wearing tiny shorts helped the boy, who was dressed in a rainbow tutu, climb the stripper pole.

“Central PA Pride had a pole set up with an amazing instructor to assist. My kiddo is a natural!” the child’s guardian or parent wrote in the caption on the TikTok video.

The video was deleted by the original poster, but ‘Libs of TikTok’ posted the clip to Twitter.

The Democrat Governor of Pennsylvania put out a letter in support of the pride event.

“It is my honor to join with the Pride Festival of Central Pennsylvania to celebrate their thirtieth anniversary,” Governor Tom Wolf wrote.

The Gateway Pundit reported on other pride events where children were exploited and abused.

Laura Ingraham: Hormone blockers and trans surgery for minors is the Biden admin’s version of ‘normal’