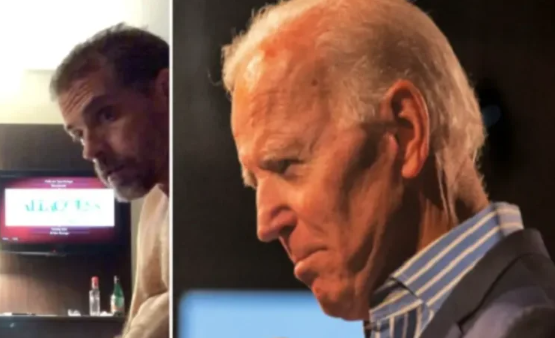 Various items were reported over the weekend on various social media platforms.  One item we can confirm is the video that was shared where Hunter Biden is engaged in trafficking crack cocaine naked.

Over the weekend a number of items were shared on social media related to Hunter Biden.  The information that we can confirm is the video that is going around showing Hunter in a transaction for crack cocaine while naked.

In the video (that we won’t share here) Hunter is discussing the size of the amount of crack cocaine being measured on a small scale.  A female voice says something about the amounts on the scale and then Hunter concurs.

Here are some pictures from the account related to this transaction.  In the pictures Hunter is naked.  The scale is in the video.

This video was found on Hunter Biden’s laptop from a backup of his phone.  This criminal act should have landed him in prison for years. WHERE ARE THE FEDS?

We reported previously also that there was only a limited amount of space on Hunter’s laptop and there was no more room for additional files on the laptop that others were sharing.

This weekend there was additional information shared on social media claiming to be pictures from the laptop.  There appears to be a disinformation campaign to destroy the laptop.  We reported on this effort previously as well.

We are unaware of any child pornography that is on the laptop.

What is on the laptop is ample evidence of Hunter Biden trafficking women and drugs.  It appears the FBI and Secret Service have been covering this up.

Clearly, Director Wray knew that Hunter was trafficking drugs and sex (even internationally).  There is ample evidence on the laptop of Hunter exploiting women.  There are massive amounts of information showing the Bidens involved in impropriety and corruption.

The GOP has been shielding Biden.

Every lawmaker that has not spoken up about Hunter is allowing these horrible crimes to happen. Every one.