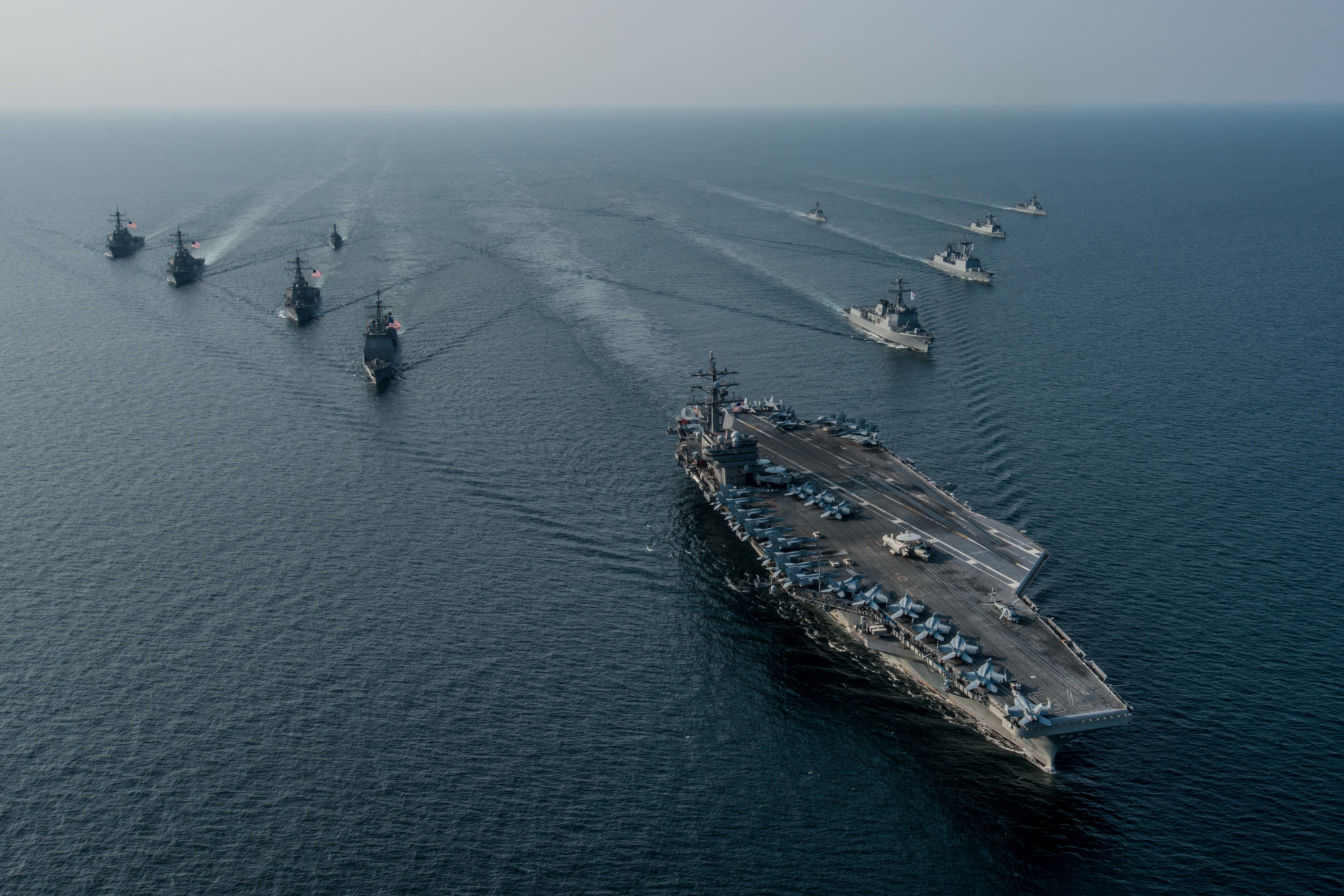 The Navy has deployed an aircraft carrier battle group in the Philippine Sea near Taiwan as China encircles the island with live-fire aerial and naval drills hours after U. S. House Speaker Nancy Pelosi departed Wednesday evening.

The USS Ronald Reagan aircraft carrier and supporting vessels deployed and are underway in the Philippine Sea for “scheduled operations,” a spokesperson for the U. S. Navy’s Seventh fleet told the Daily Caller News Foundation Wednesday evening. They stand by as China commenced its largest-ever military drills in six areas around Taiwan from Aug. 4 to Aug. 7, Reuters reported, that Chinese state media claimed are a practice run for a future Taiwan “reunification” operation.

“As a matter of policy, we do not discuss future ship movements; however, I will add that Reagan is continuing normal, scheduled operations as part of her routine patrol in support of a free and open Indo-Pacific,” Seventh Fleet spokesperson Hayley Sims said.

Two amphibious ships decked with F-35s accompany the strike group, USNI reported. In addition, two amphibious assault vessels are nearby, with the USS Tripoli is on standby near Okinawa and the USS America recently embarking from its port in Japan.

The Reagan first departed for the South China Sea from the Philippines on July 26 before entering the Philippine Sea some time before August 1, USNI reported. A Navy spokesperson told the DCNF that there were “no changes to the schedule to report” as of Wednesday evening.

China also has at least two aircraft carriers deployed in the region, according to USNI. So far, Chinese military drills near Taiwan have not threatened U. S. positions, and the People’s Liberation Army Navy (PLAN) has not acted “unprofessionally” toward deployed U.S. troops, a defense official confirmed to U.S. Naval Institute (USNI) News Thursday morning.

China’s defense ministry claimed it launched a total of 11 ballistic missiles in the waters to the north, south and east of Taiwan Thursday, Reuters reported. Japan’s defense ministry said five of the missiles landed in Japan’s exclusive economic zone (EEZ), territorial waters recognized under the United Nations Convention on the Law of the Sea, a move that could potentially be taken as escalatory, according to The Japan Times….