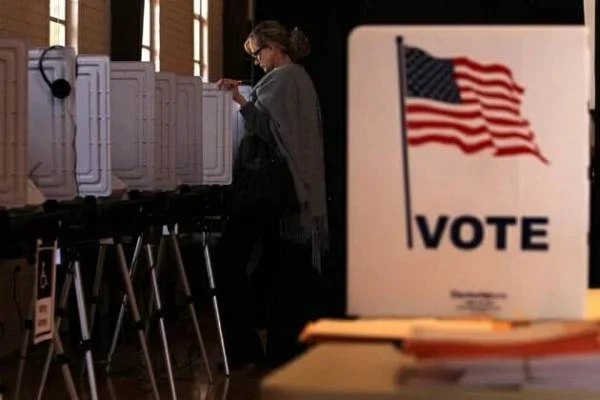 Arizona’s 2020 Presidential Election was decided by less than 10,500 votes.

The Gateway Pundit reported on this finding earlier in May.

After numerous records requests and months of waiting for responses, Verity Vote found that Maricopa County received and counted tens of thousands of ballots after the election day deadline.

This evidence was not mentioned by the weak Arizona Attorney General during his failed investigation into the 2020 Election.

There was also a spike in votes accepted and counted in the days after the November 3rd Presidential Election.

Voters were instructed to mail ballots by Oct. 27 to be sure their ballots arrived on time. By Oct. 30, the number of ballots coming by mail dropped sharply, but then spiked the day after the election.

This can be explained by Dinesh D’Souza and True the Vote’s “2000 Mules” investigation, which discovered a nationwide ballot trafficking ring that was used to steal the 2020 Election through unsecured dropboxes. The film explains how the ballot Mules created a large influx of late-early ballots to overwhelm the system and rush ballots through the counting process.

Starting the day after election day, 18,000 votes — far more than the margin of victory — were illegally counted after the deadline.

These ballots were also transported from drop boxes and vote centers.

The RINO-Democrat establishment is already preparing to steal another election. The Gateway Pundit recently reported that Arizona election officials sent 63,000 incorrect mail-in ballots to voters in one County.

Every Patriot needs to get out and vote in order to outnumber the massive voter fraud.

Videos from the Same Day Seem to Show Biden Looking Very Different, and People Have Questions

Trump slams Pelosi’s planned Taiwan visit: ‘She will only make it worse’