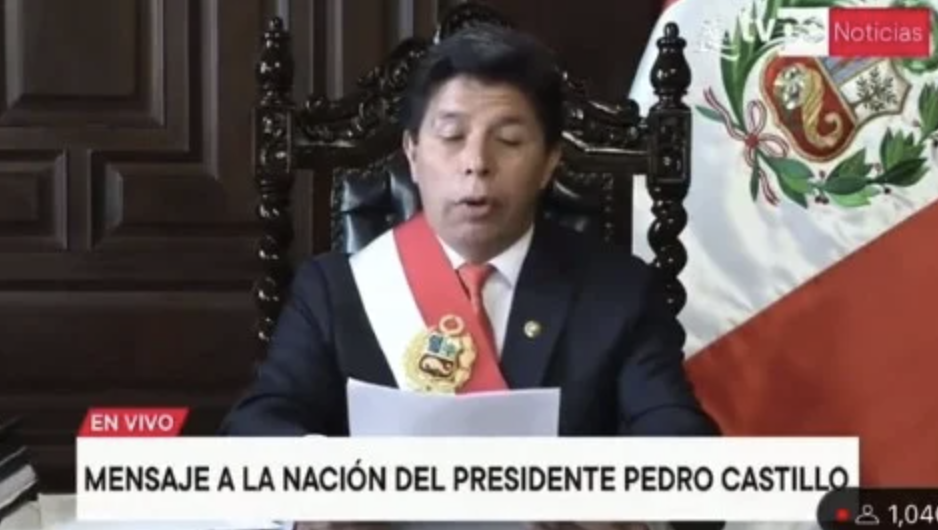 Earlier today Marxist Peruvian leader Pedro Castillo staged a state coup and announced he would dissolve the Congress hours before their impeachment vote.

Castillo’s hands were shaking as he read his announcement this morning.

Castillo then moved congressional elections to nine months out and will establish an ‘Emergency Government.’

The Marxists are on a roll!

But later today the Congress went ahead and impeached their Marxist leader instead. Congress voted 100-6 to impeach the failed leftist tyrant.

And Castillo was arrested and hauled away.

Peru now has its first female president in history.

Dina Boluarte was sworn in as president after Castillo’s removal.