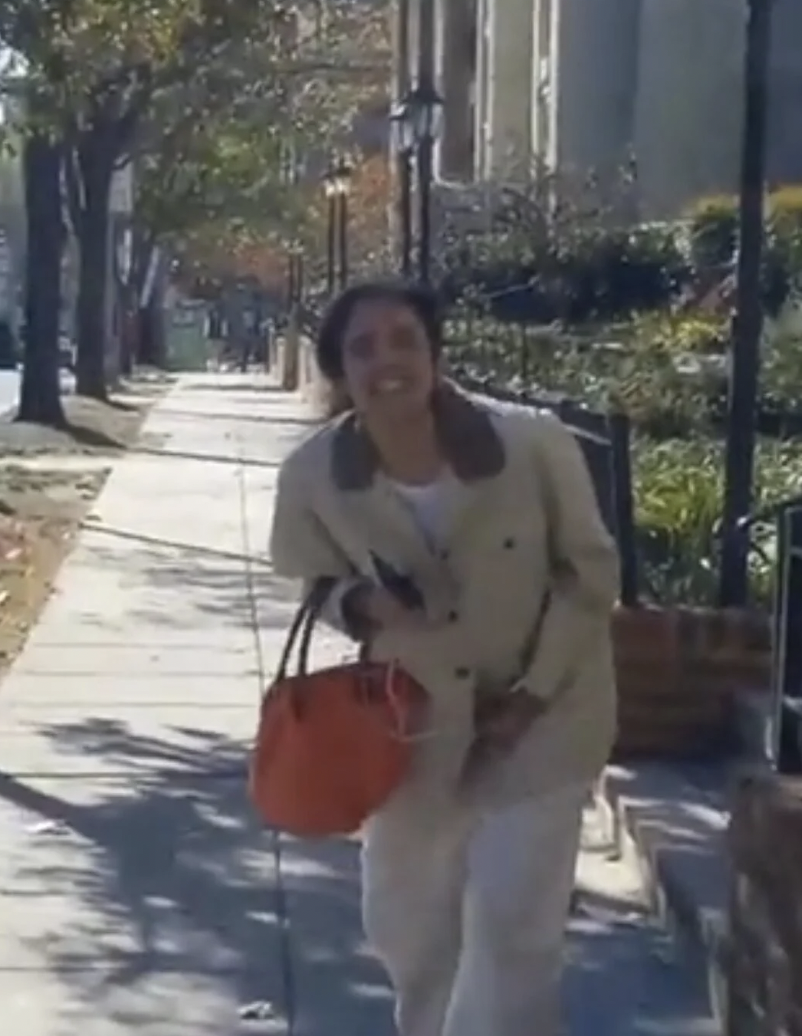 A video of a racist White woman committing assault and battery on a Black Uber driver in Washington, D.C. this week while repeatedly calling him the ‘n-word’ over him not allowing her to use his car charger for her cellphone went viral. The original video has garnered over 5 million views since Wednesday, but the follow-up video only has around 50,000 views as of this report. The follow-up video taken by the Uber driver adds more to the story and includes the driver egging the woman on.

The woman has dark hair and light brown skin, leading some observers to speculate about her race/ethnicity. However the woman calls herself White in the driver’s video.

The incident took place in the upper Northwest neighborhood of Cathedral Heights–one of D.C.’s nicer areas–on Wednesday morning. The original video was taken by an observer overlooking the sidewalk from an apartment building where a Black man and White woman could be seen arguing just feet from a car parked at the curb with the rear passenger door open. The woman could be heard complaining the man would not let her charge her phone and that her battery was about to die, peppered with repeated utterances of the ‘n-word’. Towards the end of the video the woman could be seen slapping the man’s hands or arms.

The new video taken by the driver shows him repeatedly calling the woman a “Karen” while egging her on to keep calling him the ‘n-word’ and telling her he was going to maker her known “all over the Internet as a racist woman.” Apparently the driver called police as he encouraged the woman to wait there for the police to come.

The woman in full meltdown tells the driver, “I’m White and you’re not. That’s why you don’t like me…cuz I read and write.”

WTOP-FM/AM reported that Uber has banned the woman and that D.C. police spoke to the driver but he has not pressed charges.

It’s unclear from the video how the dispute began.

D.C. police said the ride-share driver did not file a police report but was interviewed by officers from the 2nd District.

The Uber spokesperson said behavior contrary to community guidelines is investigated by a specialized team of safety agents, and the accounts of parties involved are placed on hold until an investigation is completed.

Trump Confirms Mar-a-Lago Dinner with Kanye West and Nick Fuentes; Accuses West of Bringing Uninvited Guest “I Had Never Met and Knew Nothing About”