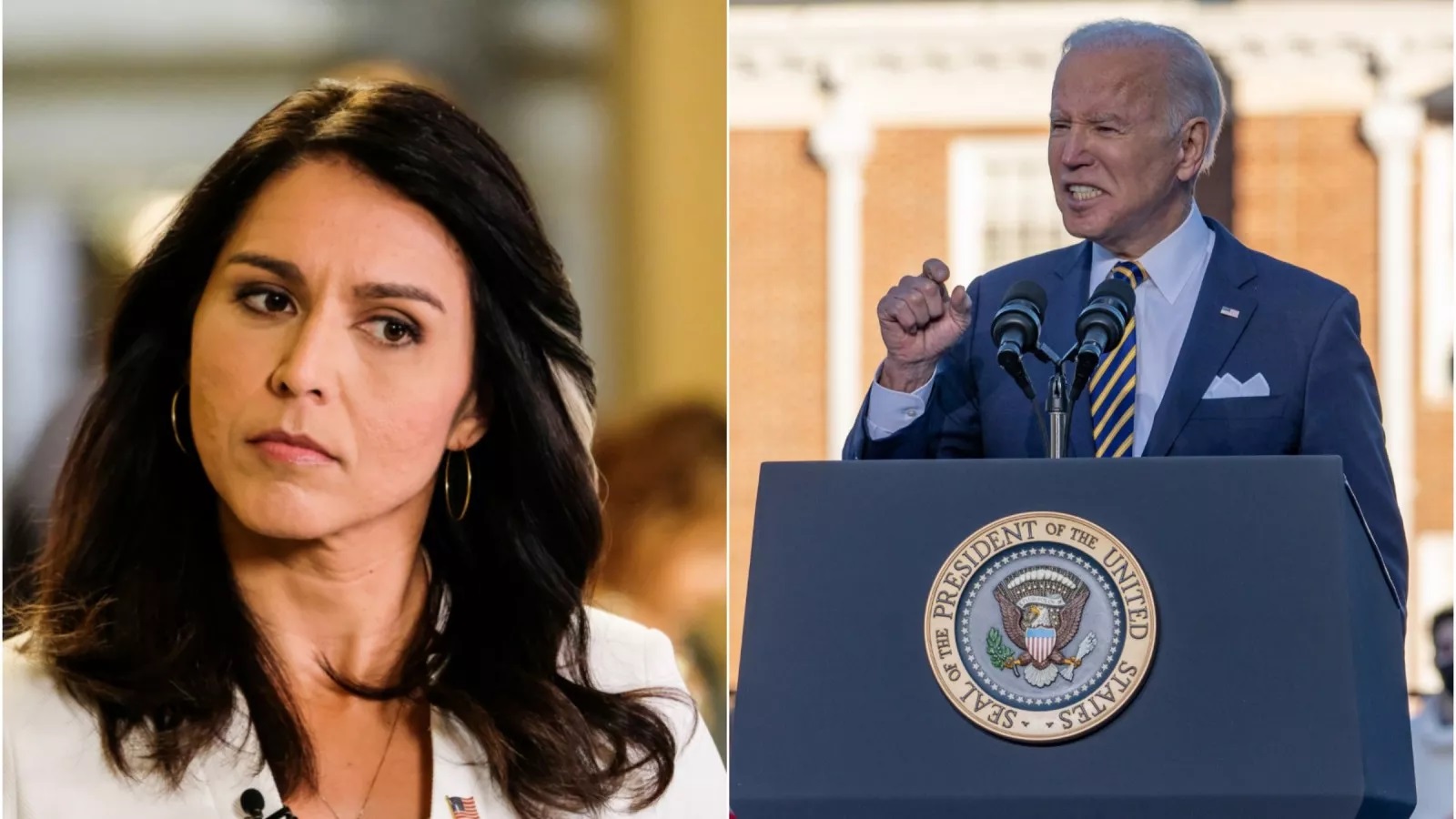 Former Representative Tulsi Gabbard, a Democrat, slammed Joe Biden for his optimistic outlook on the United States and wondered if it is a joke or if he really doesn’t know he’s President of a country where people currently are struggling to afford food and gas.

Gabbard on Saturday posted a video clip of an interview she took part in on the Fox News show “Outnumbered” earlier this month.

She captioned it by mentioning President Biden’s interview with late-night quasi-comedian Jimmy Kimmel in which he claimed he’s “never been more optimistic in my life.”

“He’s been around a long time,” Gabbard shot back. “Either he’s making a bad joke or he’s unaware that he’s currently the President of a country where people can’t afford groceries, gas, and a mortgage on a full-time income.”

Tulsi Gabbard has delivered a sustained onslaught of criticism for the failing President Biden and noted his being optimistic is not reflective of the reality around him.

In the Fox News interview, she said the President was truly “out of touch” and that most Americans don’t share in his sunny outlook.

“Just by him saying that that’s true doesn’t make it so,” she explained.

“I think people are still struggling, still dealing with the day-to-day challenges of inflation, of rising gas prices, of supply shortages – all the day-to-day stuff that whether you’re a Democrat or a Republican, it’s affecting everyone.”

President Biden has suggested he is “optimistic” about the future on numerous occasions, even as Americans struggle to stay afloat as he pilots an economy reminiscent of the Hindenburg.

“I’ve never been more optimistic about America than I am today,” he said at a speech last week to the AFL-CIO Quadrennial Constitutional Convention. “I really mean it.”

Americans Are Stressed Out As Their Paychecks Are Stretched Out

Tulsi Gabbard, in a separate appearance on “The Five,” delivered another blow to the ‘optimistic’ Biden.

Gabbard noted that Biden brought about gas prices and inflation crises that former President Jimmy Carter was known for but added his handling of the Russia/Ukraine conflict made him worse for bringing about a new cold war.

“I think they’ve got it completely wrong,” she said. “Biden will be remembered as being worse than Jimmy Carter.”

A report last month indicates nearly two-thirds of Americans are being forced to live paycheck-to-paycheck in the Biden economy as inflation was matching a 40-year high in the United States.

The American Psychological Association (APA) released a report called “Stress in America” in March that gives a sobering view of how people are experiencing “alarming” and “unprecedented” levels of stress.

“87 percent of those surveyed cited rising costs of everyday items, such as groceries and gas, as a significant source of stress,” NBC said of the report.

“Money stress,” according to the APA, is “at the highest recorded level since 2015.”

“Come on! Don’t Make Things Up!” – Biden Snaps at Reporter For Asking About Economists Warning of a Recession (VIDEO)