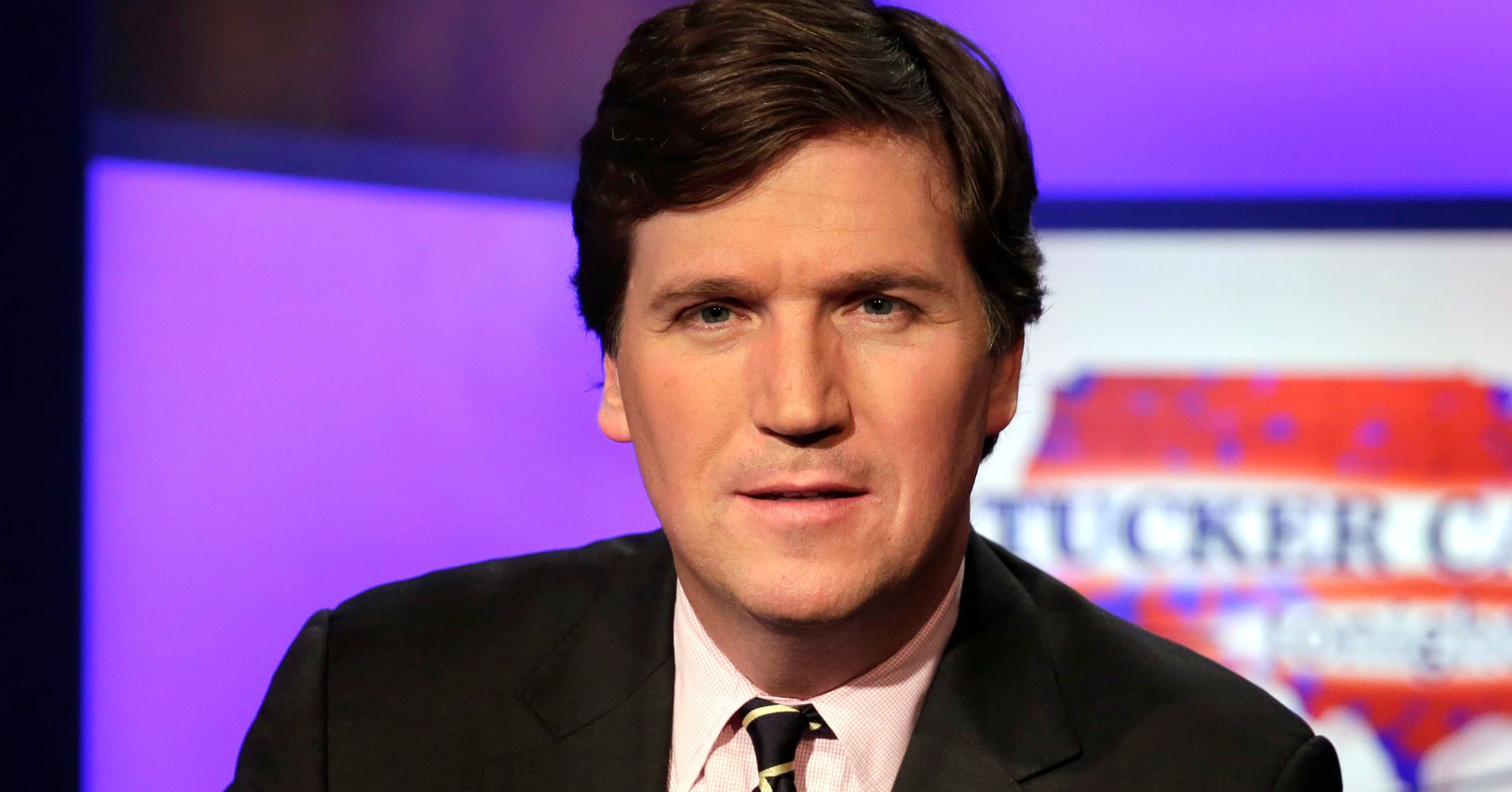 Tucker Carlson calls out lies about the Capitol riots on January 6.

You know it tells you a lot about the priorities of a ruling class that the rest of us are getting yet another lecture about January 6th tonight from our moral inferiors, no less. An outbreak of mob violence, a forgettably minor outbreak by recent standards, that took place more than a year and a half ago, but they’ve never stopped talking about it.

In the meantime, in the 18 months since January 6, gas prices have doubled. Drug ODs have reached their highest point ever. The U.S. economy is now careening toward a devastating recession at best and scariest and least noted of all, this country has never in its history been closer to a nuclear war.

Yet the other networks can’t be bothered to cover any of that tonight. Instead, they’ve interrupted their regularly scheduled programing to bring you yet another extended primetime harangue from Nancy Pelosi and Liz Cheney about Donald Trump and QAnon. The whole thing is insulting.

In fact, it’s deranged and we’re not playing along. This is the only hour on an American news channel that will not be carrying their propaganda live. They are lying, and we are not going to help them do it. What we will do instead is to try to tell you the truth. We’ve attempted to do that since the day this happened.

We hated seeing vandalism at the U.S. Capitol a year and a half ago, and we said so at the time, but we did not think it was an insurrection because it was not an insurrection. It was not even close to an insurrection. Not a single person in the crowd that day was found to be carrying a firearm – some insurrection. In fact, the only person who wound up shot to death was a protester.

She was a 36-year-old military veteran called Ashli Babbitt. Babbitt was just over 5 feet tall. She was unarmed. She posed no conceivable threat to anyone, but Capitol Hill Police shot her in the neck and never explained why that was justified. Those are the facts of January 6, but since the very first hours, they have been distorted beyond recognition, relentlessly culminating with last night.

Last night, CBS Nightly News told its viewers that insurrectionists at the Capitol on January 6 “caused the deaths of five police officers.” That is a pure lie. There is nothing true about it, and they know that perfectly well. Here’s reporter Bob Costa, who should be deeply ashamed to say something this dishonest.

It’s hard to believe he said that. Rioters cause the deaths of five police officers. You just heard CBS News tell its viewers that. This must be the big lie theory. The more bewilderingly false a claim is, the more likely you will be to believe it. Apparently, that’s what they’re betting on. In fact, precisely zero police officers were killed by rioters on January 6, not five, none. Not a single one. So, how’d they get to five? Well, CBS is counting the suicides of local police officers that took place after January 6, in some cases, long after January 6.

Suicide, unfortunately, is pretty common among cops. Policing is a tough job, as we’ve noted. But in these specific cases, the ones CBS is referring to, the chief of Washington DC’s police department told The New York Times that actually he had no idea if his officers were driven to kill themselves by January 6. CBS just made that up.

The fifth death that CBS News is referring to is of Capitol Hill police officer Brian Sicknick. You will remember his name. Sicknick’s body lay in state at the Capitol after the media told us he’d been beaten to death by Trump voters with a fire extinguisher. Here’s what they told you.

FREDERICKA WHITFIELD, CNN: Officer Sicknick died after being hit in the head with a fire extinguisher.

CNN REPORTER: Sicknick died after being hit in the head with a fire extinguisher.

ANA CABRERA, CNN: Officer Brian Sicknick died after being hit in the head with a fire extinguisher during the hour-long attack.

NICOLLE WALLACE, MSNBC: They beat a Capitol Police officer to death with a fire extinguisher.

ANDERSON COOPER, CNN: Officer Brian Sicknick died after being hit in the head with a fire extinguisher during the fight.

CRAIG MELVIN, MSNBC: He died at the age of 42 after he was bludgeoned with a fire extinguisher.

Once again, that’s not true. Everything you just heard was completely fabricated. The D.C. medical examiner performed an autopsy and the autopsy report showed that Officer Brian Sicknick had not suffered any kind of blunt force trauma. He was not beaten to death. He died of a stroke in his office later. No one has been charged in Officer Sicknick’s death because Officer Sicknick wasn’t murdered.

They are lying to you. That is provable. Not a single person you just saw has apologized for lying. Not a single one. And it’s not just the news media. Here’s Congressman Pete Aguilar of California claiming that officers lost their lives on January 6.

PETE AGUILAR: These hearings will be a chance for the country to come together to rally around the truth and unite around the rule of law. We owe it to the officers who lost their lives and the officers who were injured to tell that story and to ensure that this never happens again.

Let’s rally around the truth, he says, as he lies to you. May those words burn your tongue, liar. But what did happen exactly on January 6? What’s the truth of that day? Well, that’s still unknown. From the extensive video we have of January 6, it’s clear that some in the crowd, more than a few, were encouraging protesters to breach the Capitol, to commit felonies. We’re not guessing at that, we’ve showed you the tape.

We have pictures of their faces. In the case of a man called Ray Epps, we know his name, but they’ve never been charged. Ray Epps was standing in exactly the same place that a lot of people who went to jail were standing, but he wasn’t charged. His name was taken off the FBI’s Most Wanted list. Why is that? It doesn’t make any sense at all.

The January 6 committee will not explain that after a year, millions of dollars and a thousand interviews. They won’t tell us, nor will they tell us how many FBI agents and assets were in the crowd that day and what were they doing there. Why can’t we know that? And why are they still hiding thousands of hours of surveillance footage from within the Capitol? If the point of the committee was to get the truth out there, why can’t we see the tape?

Why did authorities open the doors of the Capitol to rioters and let them walk in, usher them in the doors? That’s utterly bizarre. You saw that live. No one’s ever explained it. What’s the explanation for that? And by the way, whatever happened to the mysterious pipe bomber whose bombs we later learned many months later, Kamala Harris’ bodyguards discovered. Kamala Harris told us she was at the Capitol that day, but she wasn’t. She was at the DNC with a pipe bomb outside. Her bodyguards found that bomb, but she lied about that. She hid that. Why?

That’s got to be one of the weirdest stories ever. What does it mean, Liz Cheney? Silence. And of course, above all, they lied about the reason that January 6 happened in the first place and you know what it is. The entire country watched Joe Biden get what they claim was 10 million more votes than Barack Obama himself got. Joe Biden got 10 million more votes than Barack Obama got, and a lot of those votes arrived after the election.

In a lot of places, voting was stopped in the middle of the night. Why? In the biggest states in the country, voter ID was optional. Why is that okay? A lot of the protesters on January 6 were very upset about that and they should have been. All of us should be, but the January 6 Committee ignored all of that completely. Instead, on the basis of zero evidence, no evidence whatsoever, they blamed the entire riot on White supremacy. Here’s Joe Biden.

PRESIDET BIDEN: We’re confronting the stains of what remains, a deep stain on the soul of the nation, hate and White supremacy. The violent, deadly insurrection on the Capitol nine months ago was about White supremacy, in my view.

What? There’s no evidence for that – none. The people at the Capitol, including the ones who broke the law by entering the Capitol, which is a crime, those people to a person said they were upset because they believed their democracy had been stolen from them and whether all of their claims are true or not, that’s a valid reason to be upset. But rather than reassure the rest of us that actually our democracy is sound, elections are fair and transparent, there’s no cheating and we can prove it, rather than do that, they call half the country names and not just names, the worst thing you can be called, a White supremacist. And then, most bewilderingly of all, virtually no Republican in Washington pushed back against any of that.

In fact, Lindsey Graham, violence worshiper to the end, said that his only regret was that the Capitol Police didn’t shoot more Trump voters in the neck and kill them. “You’ve got guns, use them,” Graham said. So here you have a sitting U.S. senator, a Republican, urging police officers to shoot unarmed Americans, many of whom were ushered into the Capitol building by law enforcement.

How can people talk like that? For more than a year, they justified rhetoric like Lindsey Graham “shoot more” by claiming that January 6 was an insurrection. That’s not a word they were used to describe, say, the monthslong siege of a courthouse in Portland, or the ongoing coordinated effort to intimidate Supreme Court justices at their homes with guns, a story they ignored today. But January 6 was different, they reminded us. It was unique because it was their offices and because it bothered Nancy Pelosi.

ADAM SCHIFF: The president incited an insurrection against Congress to prevent the peaceful transition of power.

CEDRIC RICHMOND: And then he sat back and watched the insurrection.

REP. ILHAN OMAR: A insurrection against our government.

HAKEEM JEFFRIES: The violent attack on the U.S. Capitol was an act of insurrection.

PELOSI: The insurrection that violated the sanctity of the people’s Capitol.

JIM MCGOVERN: This was not a protest, this was an insurrection.

We are not defending and would never defend vandalism, violence, rioting. We disapproved of it when it happened. We disapprove of it now, all riots, not just this one. But this was not an insurrection.

But, you know what will get you to insurrection? If you ignore the legitimate concerns of a population, if you brush them aside as if they don’t matter when gas goes to $5 and you say “buy an electric car.” When cities become so filthy and so dangerous that you can’t live there, when the economy becomes so distorted that your own children have no hope of getting married and giving you grandchildren, when you don’t care at all about any of that and all you do is talk about yourself, nonstop – you might get an insurrection if you behave like that, speaking of insurrection.