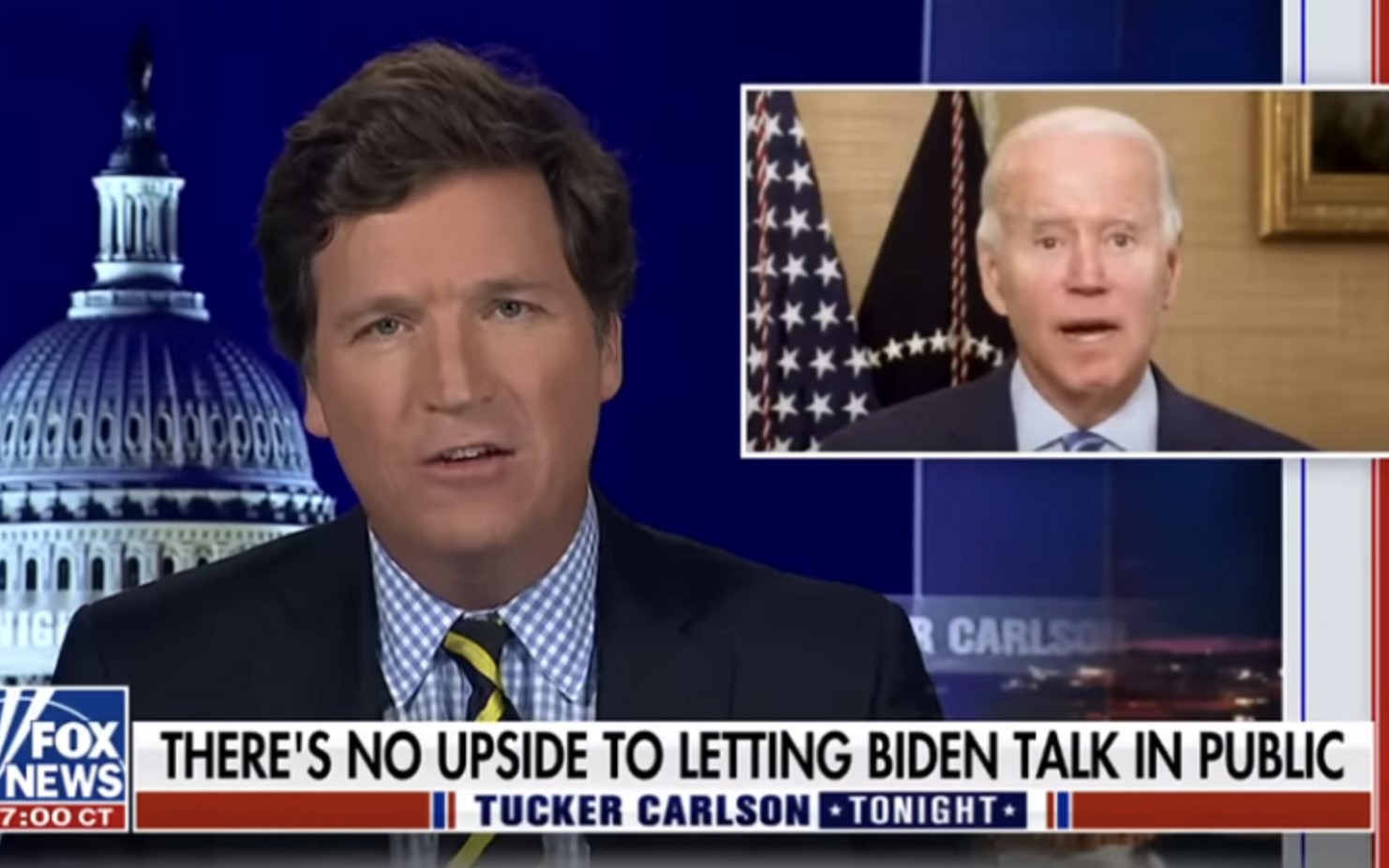 Tucker Carlson is the top-rated cable news host on television for a reason. He doesn’t pull punches, he’s not afraid to cover controversial topics, and he delivers everything with a devastatingly effective sense of dry humor. His monologues are almost always worth the watch, with Thursday evening’s offering being no exception.

Carlson lambasted the Biden administration for its attempted gamesmanship on what qualifies as a “recession,” he hit the media for their abject hypocrisy on the same issue, and most importantly, he talked about what few others will: Democrat attempts to make the United States dependent on China for energy.

RedState covered the Biden presser Carlson cites to start things off. If you didn’t see it, the president was in typical form, unable to put coherent sentences together and stumbling over the most basic phrases before shuffling off without taking questions. His physical performance, aside, the president didn’t specifically address having two-straight quarters of negative GDP growth (i.e. a recession). Instead, he laughably cited “significant banking personnel” as proof that everything is going just great.

It’s all part of Biden’s continued attempt to tell Americans they are just too stupid to know how great they’ve got it. Are you worried about inflation and the fact that you can’t afford a home loan anymore? Well, Jack, you are just an idiot who can’t see how good you really have it. Shut up and go take a kickboxing class.

From there, Carlson moved in on the Biden administration officials and the press outlets that used to absolutely think a recession is two straight quarters of negative growth until five minutes ago. You see, there’s this rule where if a Democrat is in office, tortured nuance must be applied. If a Republican is in office, well, then a recession is a recession. How do I know? Because Biden’s own top economic adviser, Brian Deese, told me so, having stated in 2008 the (real) technical definition of a recession only to completely go the other way in 2022.

Yet, I think the most important part of Carlson’s monologue centered on the latest move by Democrats to empower the Chinese. As you’ve probably heard, taxpayers are about to have to foot the bill for some $400 billion in green energy initiatives to fight “climate change.” What does that amount to? Massive subsidies to companies that will outsource our energy security to China.

Who produces the world’s solar panels and parts of wind turbines? That would be China. Who owns the rights to most of the materials needed for batteries, which are definitely not “renewable?” That would be China as well. In the midst of a global Chinese expansion, Democrats think they are going to save the planet by handing the United States over to its biggest adversary. And you better thank them for it.

We are going to need a lot more synonyms for “absurd” going forward because I’m running out of ways to describe the dangerous malfeasance of the Biden administration. Not only do they want to play god, redefining terms on a whim to suit their political goals, but they also want to hand the Chicoms the keys to the kingdom. I’ll let you speculate on the motivation behind that.

Steve Bannon with Sebastian Gorka: Joe Biden Will Be Impeached and the 2020 Election Results in Wisconsin and Arizona Will Be Decertified