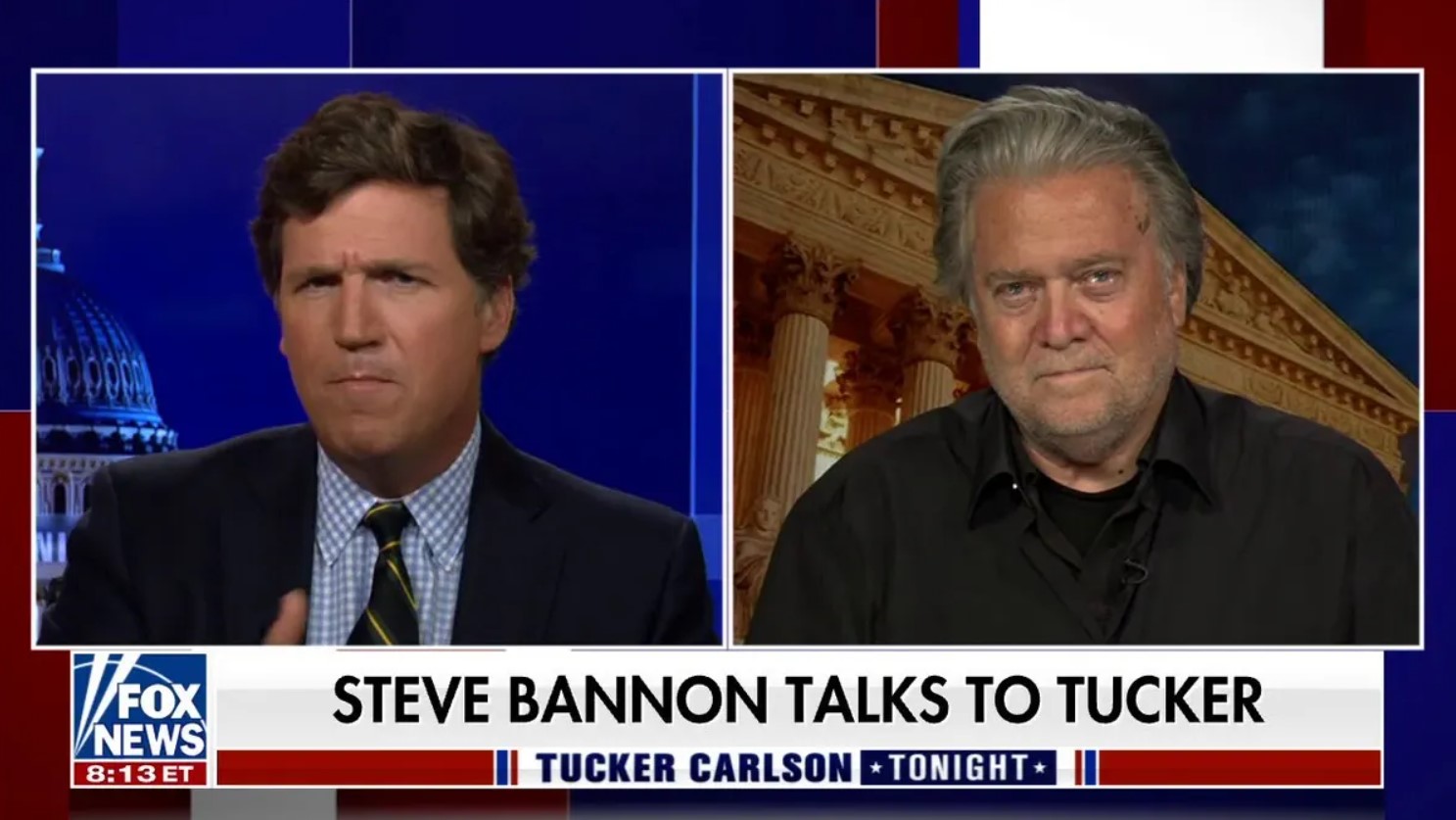 On Friday, America’s two-tiered justice system reared its ugly head once again with the conviction of Steve Bannon for contempt of Congress. Bannon found himself charged by the Biden-led DOJ with multiple misdemeanors after he cited executive privilege to ignore a subpoena from the January 6th committee.

The committee and Democrats everywhere celebrated the conviction despite their obvious hypocrisy on the issue. Most of us are old enough to remember AG Eric Holder never even being charged after he ignored a Republican House subpoena related to the “fast and furious” gun-running scandal. I could provide other examples of Democrats getting away with contempt of Congress, but I think everyone knows the game here. If you are associated with the right, the law is applied differently.

Following his conviction, Bannon appeared on Tucker Carlson to give his initial reaction.

Carlson opens with the absurdity that Bannon was convicted of contempt of Congress, something that is typically never treated as a criminal offense, on the same day that the man who tried to murder GOP Rep. Lee Zeldin was let out on cash-less bail. The current justice system doesn’t even begin to make sense, and no matter what one’s personal thoughts of Bannon are, no one should be celebrating the insanity of selective political prosecutions.

Bannon begins his commentary in the interview by citing the need for a real January 6th committee that will actually investigate the things that matter, i.e. the intelligence failures, the Ashli Babbitt murder, the government’s possible involvement, etc. He then notes that the DC judge in the case didn’t even let him put on a real defense, not allowing any argument over the use of executive privilege, which was Bannon’s reason for not complying with the subpoena in the first place.

In other words, the deck was stacked, which was to be expected. Republicans will never get fair treatment in the DC courts. We are talking about a city that votes over 90 percent Democrat in presidential elections. Getting both a judge and jury on the same case that isn’t going to drop the hammer on anyone nominally associated with the GOP, never mind associated with Donald Trump, is essentially impossible. We’ve seen that play out over and over, including in the inverse where obviously guilty Democrats walk free.

For those who used to ask why Michael Flynn originally took a plea deal instead of fighting Robert Mueller’s ridiculous prosecution, this is why. Republicans do not stand a chance in these conditions, and if one ends up charged with a crime in DC, no matter how wrong and flimsy the charges are, there’s little choice but to bend the knee. That’s not American justice, it’s Chinese-style justice, which is something Bannon mentions to Carlson.

Lastly, Bannon defiantly proclaimed that he is going to fight this thing all the way. An appeal is already in the works, and given the high-profile nature and political questions surrounding the case, it could end up going all the way to the Supreme Court.