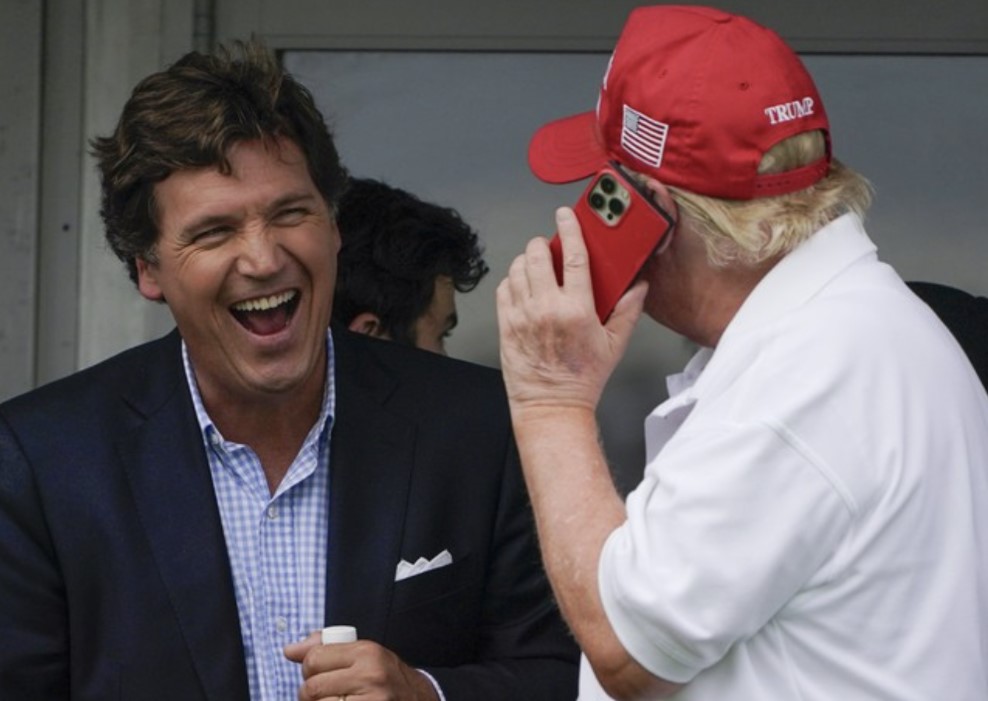 Mike Pence is currently in New Hampshire entertaining his delusions of grandeur. The former vice president is convinced that he can run as “another way” in 2024, defeating Trump and ushering in a new era of establishment rule.

While giving a speech in the Granite State, he lambasted conservatives for daring to criticize the FBI following its raid of Mar-a-Lago, proclaiming the sanctity of the bureau and its rank-and-file members. As my reaction piece noted, it was the surest sign yet that Pence is a man who simply doesn’t know what time it is.

Tucker Carlson had the same assessment while speaking to Laura Ingraham on Wednesday evening.

Great minds think alike, I suppose. Alright, I’m not actually suggesting that Tucker Carlson got this idea from me, but I did write on it first, so I can pretend, right? Really, though, it’s such an obvious takeaway that it blows my mind Pence is actively choosing to step into this pile of feces. It is not 2013 anymore, and if Pence doesn’t realize that, he’s not even close to an option in 2024 (not that he was anyway).

We have mountains of evidence that the FBI is corrupt through and through. One look at the FISA abuse scandal and the text messages of Peter Strzok should be enough to show that. Or I could bring up the pushing of the Steele Dossier despite FBI leadership knowing it wasn’t credible. Then there’s the FBI’s role in targeting parents as domestic terrorists for speaking out at school board meetings. We could also talk about the Larry Nasser case where FBI agents helped enable the nation’s most prolific sexual abuser.

Oh, and I almost forgot that the FBI helped whitewash Hillary Clinton’s illegality by letting her dictate the investigation against her before James Comey rewrote the statute to proclaim she shouldn’t be charged. There are so many scandals that it’s hard to keep track of all of them. Further, the “but the rank-and-file” excuse does not begin to hold water anymore after what has been revealed about the government-hatched plot to “kidnap” Gov. Gretchen Whitmer, a scheme so out of bounds that two defendants actually won using an entrapment defense.

Carlson is right that Pence is delusional if he thinks he can become a leader in the GOP while not even being willing to state the harsh truths about the FBI. It’s comical to see anyone pretend it’s just a few bad apples at the top when it’s so clearly not. Besides, as Carlson points out, there is nothing about Pence that says he’s the kind of free-thinking leader capable of running for president in a GOP primary. Heck, I’m old enough to remember when Pence was getting pantsed by Democrats over social issues in Indiana, a socially conservative state.

But this is more serious than just dunking on Pence. What is going on with these government agencies is terrifying. You have the FBI, the intel agencies, the DOJ, and any number of other bureaucratic institutions being actively weaponized for political purposes against their political enemies. How could any Republican, including Pence, continue to defend them knowing all that we know? Forget the politics involved or what it means for 2024. What the former vice president is doing is immoral and harmful, and yes, it’s delusional.