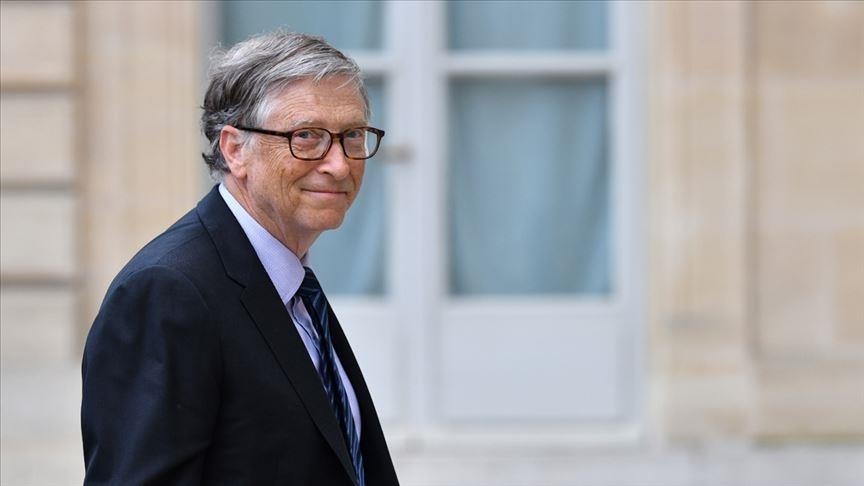 A trust allegedly tied to Microsoft billionaire Bill Gates has been asked to justify a recent purchase of farmland in North Dakota that has made residents ‘livid.’

North Dakota Attorney General Drew Wrigley issued a letter to the trust Tuesday asking officials to confirm plans for use of the land and whether the company meets any of the exceptions to the state’s laws.

If Red River Trust did violate state laws, the company will be forced to divest itself from the land and could be fined up to $100,000.

Gates is considered the largest private owner of farmland in America after having quietly amassed approximately 270,000 acres of land across dozens of states, The Associated Press reported last year.

However, the billionaire’s properties make up only a small portion of the nearly 900 million total farm acres in the U.S.

State law also prohibits these entities from engaging in farming or ranching.

‘In addition, the law places certain limitations on the ability of trusts to own farmland or ranchland,’ the attorney general penned.

He has asked Red River Trust, which purchased a property in Grafton seemingly known as Campbell Farms, to provide his office with a copy of its land ownership title and disclose its intentions for the property.

‘Our office needs to confirm how your company uses this land and whether its use meets any of the statutory exceptions, such as the business purpose exception,’ Wrigley wrote.

Red River Trust has 30 days to provide the state with the requested documentation.

The Campbell potato farming group transferred the approximately 2,100 acres of land, worth more than $13.5 million, to Red River Trust during a ‘quiet transaction’ made in November 2021.

Public deeds obtained by AG Week revealed the trust spent roughly $6,600 per acre on the portion of the land located in Pembina County.

The sale price for the land located in Walsh County, which analysts say is complicated by river boundaries, cost approximately $6,000 per acre.

‘I’ve gotten a big earful on this from clear across the state, it’s not even from that neighborhood,’ said Goehring. ‘Those people are upset, but there are others that are just livid about this.’

While the commissioner noted there is nothing illegal or unlawful about selling land to a billionaire, he said the people of North Dakota feel like they are being exploited by the the ‘ultra-rich who buy land in North Dakota but do not necessarily share the state’s values.’

Gates is not named in Wrigley’s letter, which is addressed to trustee Peter Headley.

The trust is located in Lenexa, Kansas, a suburb of Kansas City, at an address shared with Cottonwood Ag, or Cottonwood Farms, and Oak River Farms/Midwest.

Additionally, analysts revealed in 2020 that Headley headed Cottonwood, which has been described as an ‘ag-investment platform’ for Gates and his former wife, Melinda French Gates.

Regardless of Gates’ alleged ownership of the North Dakota farm, Campbell Farms appears to be keeping up with its potato farming, including on the land involved in the deal.

According to their website, the Campbells acquired the farm in 1978 using a $9,000 loan. The farm has operations in Big Lake, Minnesota; Grafton, North Dakota and Grand Forks, North Dakota.

But even then, Gates didn’t rank in the Top 100 of private landowners overall in the U.S. – when considering owners of land of all types, not just agricultural.

Gates also reportedly shopped for ‘hundreds of acres of farmland’ in Turkey while vacationing aboard a superyacht last November.

He allegedly wanted to create a large sustainable farm in country. It is unclear if he ended up purchasing the land.

Even Dems STOMP All Over Joe Biden’s Gas Tax Remarks