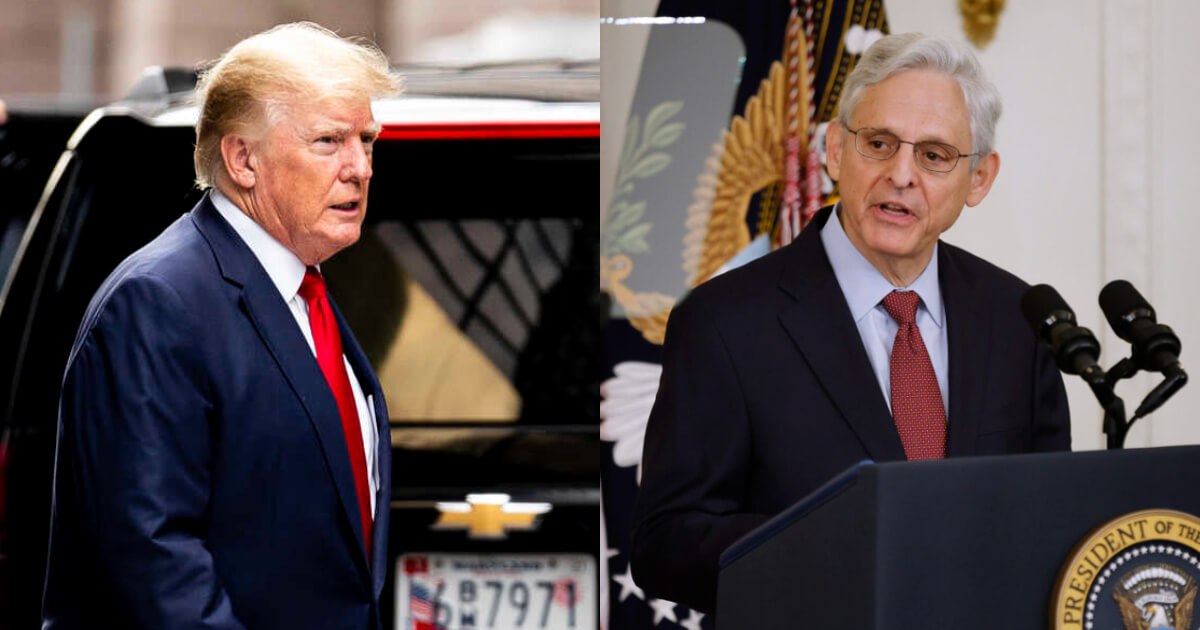 Former President Donald Trump allegedly sent a private message to U.S. Attorney General Merrick Garland before a Department of Justice press conference Thursday afternoon, appearing to ask what he could do to help bring down the political tensions that were brought to a boiling point last week following the FBI’s raid on Trump’s home in Florida.

Shortly before the press conference, a person close to the former president reached out to an official at the Justice Department to deliver a message to Garland.

The New York Times reported that the message Trump wanted to be passed to Garland was: “The country is on fire. What can I do to reduce the heat?”

During the press conference, Garland, who was 35 minutes late, only spoke for a few minutes and answered no questions from reporters.

“First, I personally approved the decision to seek a search warrant in this matter,” Garland admitted during the press conference. “Second, the Department does not take such a decision lightly. Where possible, it is standard practice to seek less intrusive means as an alternative to a search, and to narrowly scope any search that is undertaken.”

The investigation into the former president centers around several potential criminal violations, including violations of the Espionage Act, the unlawful taking of government records, and obstruction of justice related to destroying documents.

Multiple sources told The New York Times that at least one of Trump’s lawyers signed a written statement to the U.S. Department of Justice earlier this summer that claimed that all classified material and boxes in a storage area on the property had been returned to the federal government. Agents searched the storage area and Trump’s office and residence on the property.