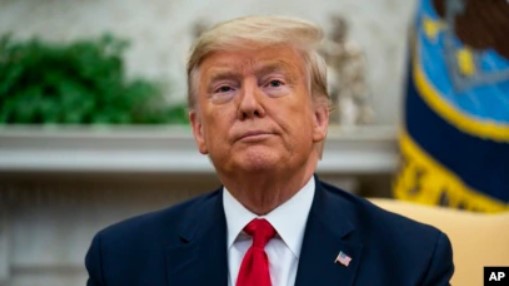 As reported earlier by We Love Trump a Chinese company recently paid $2.6 million for 300 acres of farmland in Grand Forks, North Dakota.

The parcel of land’s location near a US Air Force base that houses sensitive drone technology has lawmakers on Capitol Hill worried about potential espionage by Beijing.

The Chinese firm Fufeng Group recently purchased 300 acres of farmland in North Dakota just down the road from a US Air Force base that houses sensitive drone technology near Grand Forks.

The farmland is just a 20-minute drive to the Grand Forks Air Force Base.

The Fufeng Group also purchased a corn mill near Grand Forks. Local citizens are rightly concerned with this new project in their backyard.

And what is more disturbing is the FBI and local police visited a top opponent to the corn mill project and threatened her for speaking out about the local purchases by the Chinese Communist regime.

Now a new report by CNN reveals China has placed Huawei equipment atop cell towers on purchased farm land near US military bases in the Midwest capable of disrupting service and capturing signals.

CNN reported this in a exclusive on Sunday morning.

Since at least 2017, federal officials have investigated Chinese land purchases near critical infrastructure, shut down a high-profile regional consulate believed by the US government to be a hotbed of Chinese spies and stonewalled what they saw as clear efforts to plant listening devices near sensitive military and government facilities.

Among the most alarming things the FBI uncovered pertains to Chinese-made Huawei equipment atop cell towers near US military bases in the rural Midwest. According to multiple sources familiar with the matter, the FBI determined the equipment was capable of capturing and disrupting highly restricted Defense Department communications, including those used by US Strategic Command, which oversees the country’s nuclear weapons.

While broad concerns about Huawei equipment near US military installations have been well known, the existence of this investigation and its findings have never been reported. Its origins stretch back to at least the Obama administration. It was described to CNN by more than a dozen sources, including current and former national security officials, all of whom spoke on condition of anonymity because they were not authorized to speak publicly.

It’s unclear if the intelligence community determined whether any data was actually intercepted and sent back to Beijing from these towers. Sources familiar with the issue say that from a technical standpoint, it’s incredibly difficult to prove a given package of data was stolen and sent overseas.

The Chinese government strongly denies any efforts to spy on the US. Huawei in a statement to CNN also denied that its equipment is capable of operating in any communications spectrum allocated to the Defense Department.

For the record… Tony Podesta works or worked with Huawei.

Biden admin doing opposite of what it should do to avoid war with China: Defense expert