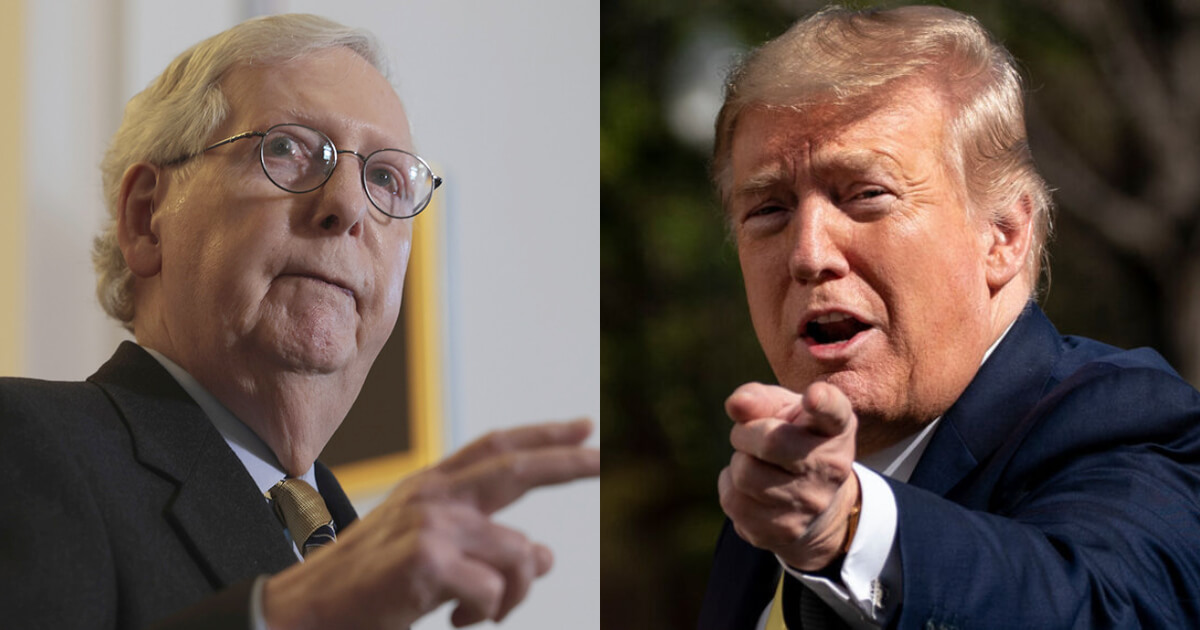 While Republicans still have a shot to flip the House, Sen. Catherine Cortez Masto’s win over GOP challenger Adam Laxalt in Nevada on Saturday gave Democrats 50 seats to secure the Senate.

“It’s Mitch McConnell’s fault. Spending money to defeat great Republican candidates instead of backing Blake Masters and others was a big mistake. Giving 4 Trillion Dollars to the Radical Left for the Green New Deal, not Infrastructure, was an even bigger mistake,” Trump seethed on his on his Truth Social platform.

“He blew the Midterms, and everyone despises him and his otherwise lovely wife, Coco Chow!,” the former commander-in-chief added about McConnel’s wife, Elaine Chao, who served as Transportation Secretary in the Trump administration.

Masters, whom Trump endorsed in the Arizona Senate race, lost to Democrat Sen. Mark Kelly by more than 5 percentage points.

Trump also linked to a Friday article in conservative outlet The Federalist that argued McConnell must be ousted over his handling of the midterms.

“Agree with this 100%! Mitch McConnell is a disaster for the Republican Party and the Country,” he wrote on Truth Social.

“He should have improved Infrastructure to fix it, not the Green New Deal, wrapped up like Infrastructure. He gave the Democrats 4 Trillion Dollars to throw out the window, and backed bad candidates like Lisa Murkowski,” Trump raged.

The Federalist said McConnell “sabotaged” Republicans in the midterm elections by supporting Masters and Kelly Tshibaka in Alaska.

BREAKING: Maricopa Drops SHOCKING Sunday Numbers — Claim Only 54% for Kari Lake FROM ELECTION DAY! And Independents Went to Hobbs! — STEAL IS ON