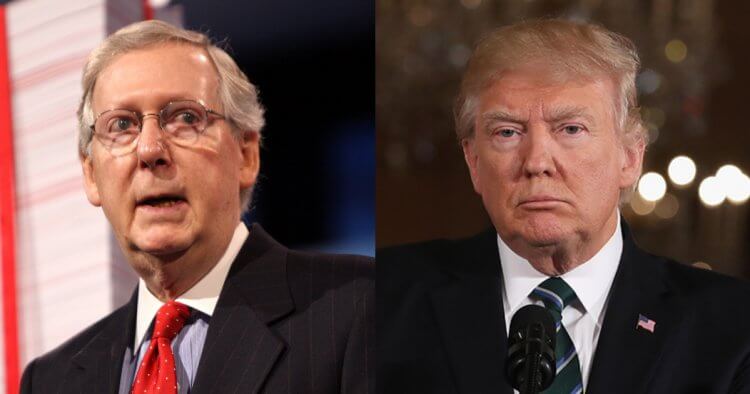 Former President Donald Trump is seldom shy when it comes to expressing his feelings on politics. On Monday, as Democrats celebrated the passage of the so-called “Inflation Reduction Act,” Trump issued a blistering rebuke to Senate Majority Leader Mitch McConnell.

According to the Washington Post, the bill advances the “Democrats’ climate change agenda through billions of dollars allocated to cut greenhouse gas emissions and increase renewable energy.”

Several hundred economists have voiced opposition to the bill, warning that contrary to its name, the bill will increase inflation, which is already at a 40-year-high of 9.1%.

Noting displeasure with McConnell’s leadership and failure to stop the bill from moving forward, Trump wrote on his Truth Social platform: “Mitch McConnell got played like a fiddle with the vote today by the Senate Democrats.”

Trump continued: “First he gave them the fake Infrastructure Bill, then Guns, never used the Debt Ceiling for negotiating purposes (gave it away for NOTHING!), and now this. Mitch doesn’t have a clue – he is sooo bad for the Republican Party!”

The Western Journal noted that “Democrats initially claimed the bill would reduce the federal deficit by $300 billion over the next 10 years.”

However, in the face of multiple reports that repudiated that estimate, on Sunday, no projects on cost savings or how much the bill will reduce inflation were presented.

The vote on the bill was 50-50, with Vice President Kamala Harris breaking the tie.

The New York Times reported that “Democrats also got some help from Republicans,” noting that McConnell’s threat to block microchip research gave Senator Manchin, a Democrat who previously vowed to reject spending bills that would negatively impact the economy, cover to join his Party in pushing the bill through.

The Times reported: “Democrats said a threat by Mr. McConnell to block the microchip bill should Democrats proceed with the climate and tax bill backfired by motivating Mr. Manchin to pursue a compromise.”

Sen. Chris Van Hollen (D-MD) said: “Any time you threaten a bill you support because you are not getting your way on something else, you are in a bad spot. It just looks bad. It was so crassly political.”

“Just because you have closely divided government doesn’t mean you do nothing. Just because there is a Democrat in the White House, I don’t think means Republicans should do nothing that is good for the country in the meantime.”

McConnell issued a statement criticizing the bill, which many believe he helped Democrats pass:

“Democrats have proven over and over they simply do not care about middle-class families’ priorities. They have spent 18 months proving that. They just spent hundreds of billions of dollars to prove it again,” he wrote on Twitter.

“But the working Americans they have failed will be writing Democrats’ report cards in three months’ time,” McConnell continued.