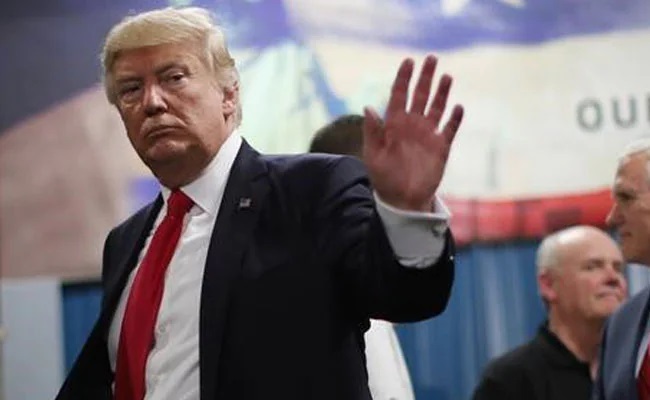 Former President Trump on Friday criticized Speaker Nancy Pelosi’s (D-Calif.) planned trip to Taiwan, which has been condemned by China but generally praised by congressional Republicans.

Beijing has warned Pelosi against visiting the island, saying it would challenge a “red line” and will be met with “resolute countermeasures.” The Chinese government has stepped up military drills near Taiwan, which it claims sovereignty over, in the past few months.

Trump said on his social media platform Truth Social that “the China mess is the last thing she should be involved in — She will only make it worse.”

“Everything she touches,” he wrote, “turns to Chaos, Disruption, and ‘Crap.’”

Trump’s comments put him at odds with some members of his party who have commended Pelosi for seeking to defend democracy and human rights.

Rep. Steve Chabot (R-Ohio), the chair of the Congressional Taiwan Caucus, said the United States should show solidarity with Taiwan and not “cower” to the wishes of the Chinese government.

The White House, meanwhile, has not been an enthusiastic backer of Pelosi visiting, with President Biden saying that the U.S. military “thinks it’s not a good time right now,” though he has made no public moves to try to stop her.

Biden had a 2 1/2-hour call with Chinese President Xi Jinping on Thursday, during which the two leaders discussed a range of issues including the status of Taiwan.

Biden reiterated to Xi that the U.S. opposes any actions that change the status quo or threatens peace across the Taiwan Strait. The White House and Chinese readouts of the call did not mention Pelosi’s trip.

The Speaker is reportedly extending invitations to members of Congress to join her. She invited Rep. Michael McCaul (R-Texas), but he is unable to attend, his spokesperson confirmed to The Hill.

Pelosi reportedly was originally planning to visit Taiwan in April, but she canceled her trip after getting COVID-19.