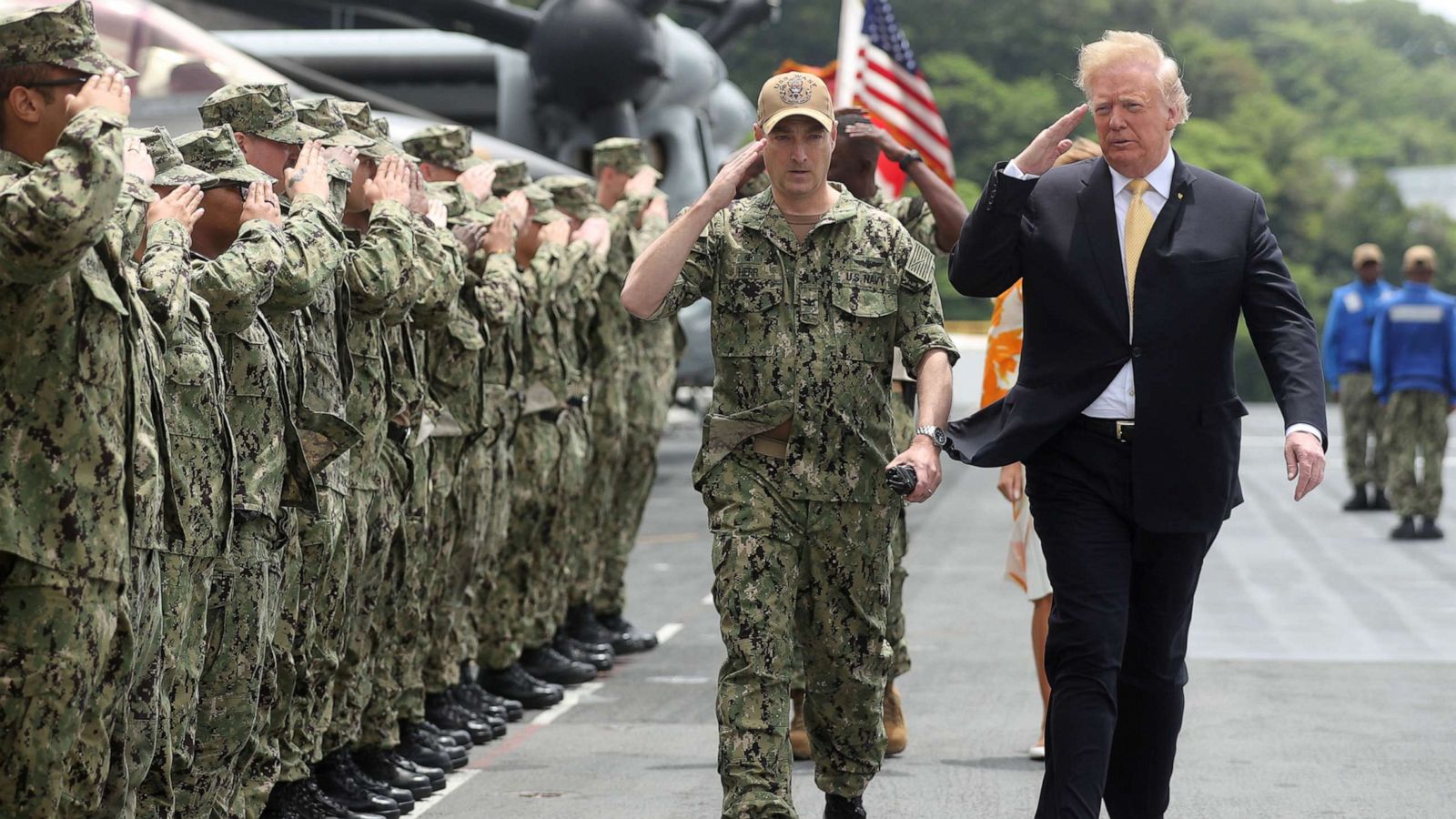 Former President Donald Trump said on Aug. 7 that if he returns to the White House in 2025 he’ll rehire the service members who lost their jobs by refusing to take the COVID-19 vaccine.

“I think it’s a disgrace what happened to them,” Trump said, answering a reporter’s question.

Trump was responding to questions from the press before he took the stage at the Conservative Political Action Conference (CPAC) in Dallas on Saturday.

“I’d let them back. I’d give back pay,” Trump said. “So I would give them their back pay and I would let them back, and they understand that. They know it.”

Back pay is “a common remedy for wage violations” where “the employer makes up the difference between what the employee was paid and the amount he or she should have been paid,” according to the Department of Labor.

“Soldiers who refuse the vaccination order without an approved or pending exemption request are subject to adverse administrative actions, including flags, bars to service, and official reprimands,” a July 1 statement on the U.S. Army’s website reads.

In response to another question, Trump said he’ll “very strongly” consider pardoning nonviolent political prisoners who have been indicted as a result of participating in the January 6 Capitol breach.

“We’ll certainly be looking at it, and very strongly,” Trump said, adding that he has made previous statements about potentially pardoning January 6 political prisoners.

“I think many people are being treated very unfair … having to do with that. And we will be looking at that very strongly,” Trump said. “I think you know the answer.”

Former Nickelodeon Star Jennette McCurdy Claims She Was Offered $300,000 in Hush Money Not to Talk About Top Executive