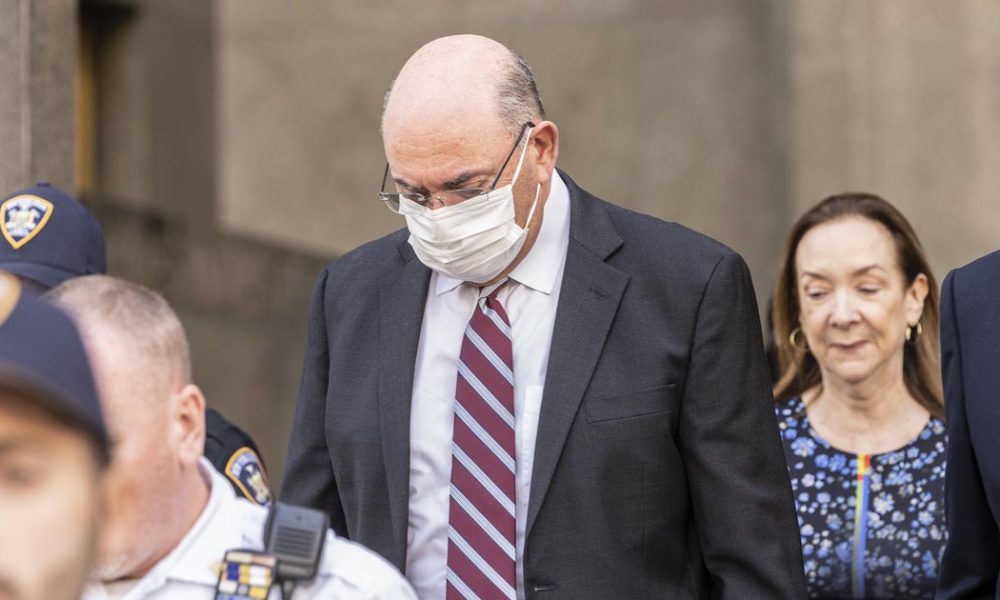 Allen Weisselberg, Donald Trump’s longtime financial chief, is expected to plead guilty on Thursday in a deal that will require him to testify against the former president’s company.

Under the terms of the agreement, Weisselberg, who was facing up to 15 years in prison, will spend as little as 100 days behind bars, The New York Times reported.

It does not require Weisselberg to turn on Trump himself. He is not expected to implicate the former president nor any Trump family members in his testimony.

Prosecutors are expected to use Weisselberg’s testimony as a springboard to broader claims against the Trump Organization.

Weisselberg, 75, is the only Trump executive charged in the years-long criminal investigation started by former Manhattan District Attorney Cyrus Vance Jr., who went to the Supreme Court to secure Trump’s tax records.

Vance’s successor, Alvin Bragg, is now overseeing the investigation. Several other Trump executives have been granted immunity to testify before a grand jury in the case.

He climbed the ranks at the Trump Organization in the decades that followed. By the late 1980s, he was controller of the company and, in 2000, was named chief financial officer and vice president of Trump Hotels & Casino Resorts. He also was a board member and treasurer of the Donald J. Trump Foundation.

He has also handled the household expenses of the Trump family.

On January 11, 2017, shortly before Trump’s inauguration as president of the United States, the Trump Organization announced that Weisselberg would manage the company along with Eric Trump and Donald Trump Jr. during Trump’s presidency.

Weisselberg has unsurpassed knowledge of the inner financial workings of the Trump Organization and was under heavy pressure from prosecutors to cooperate in their investigation.

Prosecutors alleged that Weisselberg and the Trump Organization schemed to give off-the-books compensation to senior executives, including Weisselberg, for 15 years.

Weisselberg was charged with evading $1.7 million of income, including rent for a Manhattan apartment, lease payments for two Mercedes-Benz vehicles and tuition for family members, with Trump signing checks for the tuition himself.

He also was accused of defrauding the federal government, state and city out of more than $900,000 in unpaid taxes and undeserved tax refunds.

The trial is scheduled for late October.