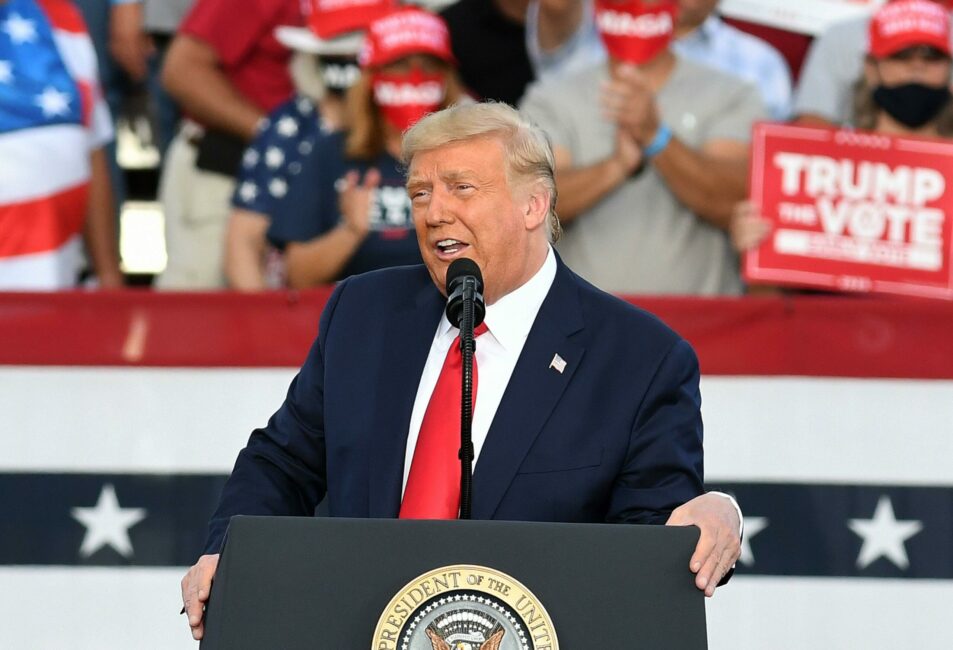 45th President Donald Trump announced his next rally in Arizona to support Kari Lake for governor, Blake Masters for U.S. Senate, and other congressional candidates ahead of the state’s primary elections.

The rally is scheduled for Saturday, July 16, and will take place in the Findlay Toyota Center in Prescott Valley, Arizona. Doors open at 11:00 a.m. MT, followed by guest speakers and the president’s remarks at 4:00 p.m., according to an announcement made Monday night via Trump’s Save America PAC.

The rally will occur as Republican candidates across the state surge ahead of Arizona’s August primary.

Kari Lake is also predicted to win the nomination for the governor’s seat according to a 2022 GOP primary poll, which projects Lake to take 40 percent of the vote, edging out her four Republican opponents.

As Arizonans headed to the polls for early voting, President Trump urged voters on Wednesday to support Lake.

“Early voting starts today in the Great State of Arizona! The people of Arizona have a chance to get a truly great Governor, unlike the one you have right now,” the president said via a post on Truth Social.

RSBN will bring all-day LIVE coverage from Prescott Valley. Stay tuned for details on how you can watch.