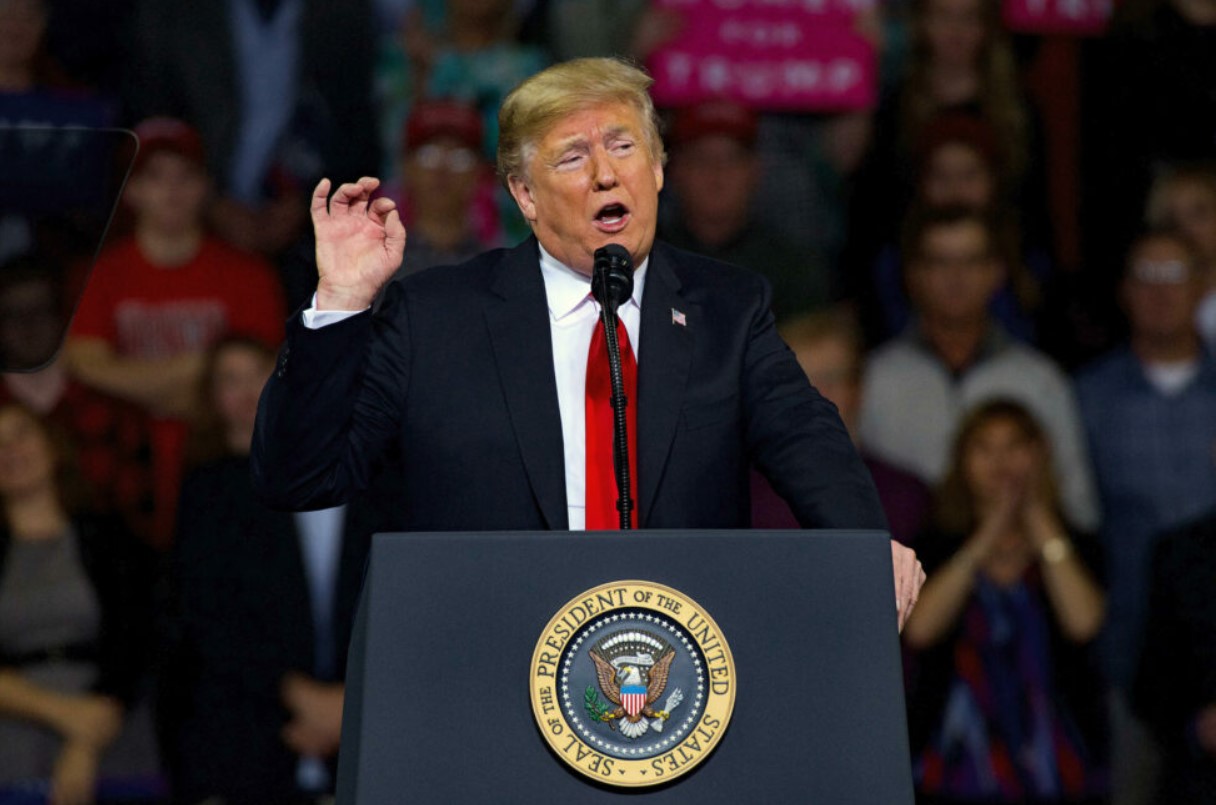 The survey results released Wednesday showed that, if the primary were held today, 53 percent of potential Republican primary voters would support Trump over 15 other candidates. Florida Gov. Ron DeSantis was the second pick, receiving support from 23 percent.

According to Morning Consult, the survey was conducted July 15-17 “among a representative sample of 2,005 registered U.S. voters, with an unweighted margin of error of plus or minus 2 percentage points.”

Among Biden supporters, 52 percent said they were “absolutely certain” of their choice, compared to 66 percent of Trump supporters who said the same.

The poll comes on the heels of recent reports that the 45th president has already made up his mind on another presidential run and rumors of a potential September announcement.

In a recent interview with New York Magazine, Trump noted the benefits of an announcement before the November midterm elections, stating: “I think a lot of people would not even run if I did that because, if you look at the polls, they don’t even register. Most of these people. And I think that you would actually have a backlash against them if they ran. People want me to run.”

While Trump has repeatedly hinted that he will seek another presidential term, with just a few months left before the midterms, speculation about a formal announcement to that effect is likely to grow over the coming weeks.

Steve Bannon Torches Gutless Jan. 6 Chairman For Not Showing Up To Trial