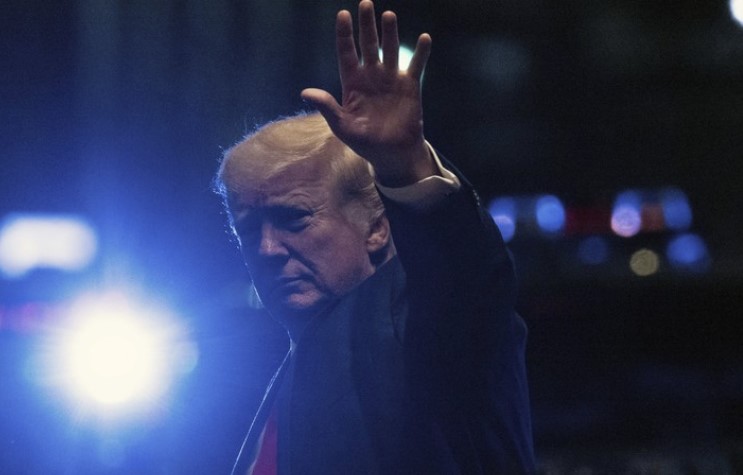 As reported, the affidavit for the search warrant that led to an unprecedented FBI raid on Donald Trump’s home has been released in heavily redacted form. As if to play out the meme that had been going around for days suggesting the affidavit would be a giant blob of black ink, that turned out to be mostly true.

The document is full of redacted sections, to the point of absurdity, representing a giant middle finger to transparency by a federal bureaucracy that simply doesn’t care.

So what’s in the affidavit? While the redactions cover most of that up, there is enough revealed that exposes just how blatantly political the FBI’s move was. For example, the pursuit partially originated not from any hard evidence of criminal activity, but from a CBS News article.

Who could have guessed that there would be moving trucks at Mar-a-Lago while Trump was in the middle of moving from the White House to Mar-a-Lago? Just incredible stuff, but it was apparently enough for the National Archives and the FBI to join forces to break all precedent to target a former president.

The other part of this centers on documents already returned to the NARA. Yes, you heard that right, part of the basis for the search warrant was that Trump had already returned boxes that had been requested. The NARA then identified some of the returned documents as still having classified markings and used it as a pretense to go after whatever else might be at Mar-a-Lago.

The boxes being referred to by Maggie Haberman were returned in January of 2022 after the typical negotiation that goes on between former presidents and the National Archives. Also of note is that Haberman is very careful to use the phrase “unchanged classified markings” instead of “classified documents.” That’s a nod to the fact that they were declassified before being copied and taken.

That notion is furthered by the fact that the affidavit makes clear the classification of the documents is not what is at issue under the Espionage Act. This was an incredibly broad fishing expedition based on no legitimate probable cause.

Despite having an open dialogue that had already produced fruit, the NARA then sent a criminal referral to the FBI upon receiving those documents. The FBI responded by immediately opening a criminal investigation without even a hint of caution given the magnitude of the situation.

Another media narrative also bit the dust within the affidavit. Many claimed that Trump had retroactively made up the story of declassifying the documents as a way to cover himself after the fact. Nope. According to the affidavit, he told the FBI and NARA that same thing prior to the raid. They appear to have simply ignored the fact that Trump declassified the documents in question before taking them under his authority as president. If there is an explanation given for that in the affidavit, it’s redacted.

What’s this come down to? If you believe the affidavit’s justification, it’s not really about the possession of classified materials, and there’s no real indication that there will be criminal charges coming. Instead, it appears the grand disagreement was over what constituted a “secure” location at Mar-a-Lago. Yes, they raided a former president’s home because they felt a double-locked storage room protected by Secret Service wasn’t enough, even as Trump had tried to accommodate their concerns.

What was shown today in this affidavit is a gross abuse of power by an out-of-control federal bureaucracy that is targeting Trump based purely on politics. The NARA never treated Barack Obama like this despite him taking millions of documents, many sensitive, and not following through on his commitment to scan and upload them. The fact that Trump was cooperative over what turned out to be a relatively mundane issue only makes things worse.

The NARA is run by a democrat hack and the partisan FBI has been trying to get the bad orange man from the moment he announced his first presidential run. Both institutions used their power to gin up bad headlines for Trump via the raid and coordinated leaks knowing full well there was no reason to treat this as a criminal matter. It’s more evidence on top of the already existing mountain that the bureaucracy must be torn down brick by brick. Any Republican still arguing for the “rank-and-file” doesn’t know what time it is.