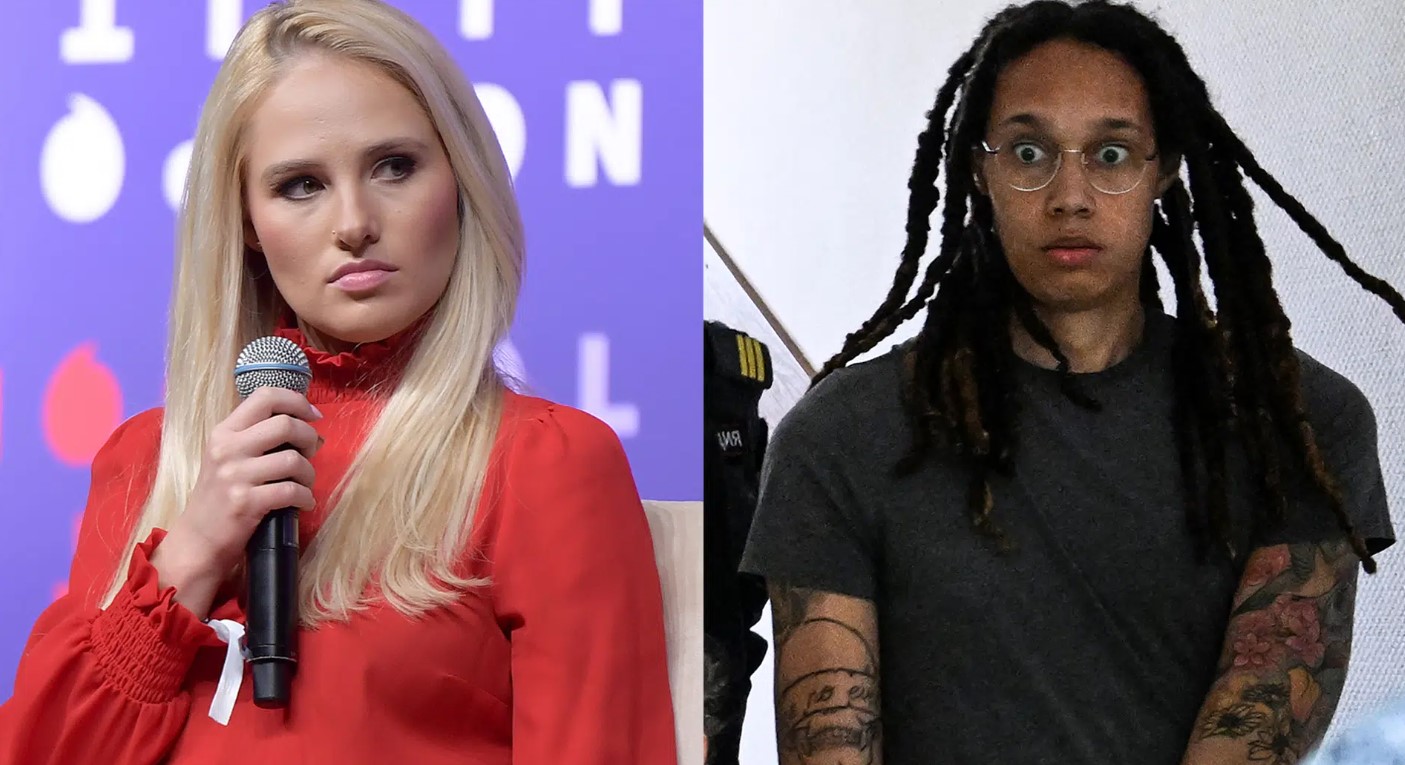 Fox News personality Tomi Lahren tore into WNBA star Brittney Griner and her plight to get back to the United States, whose National Anthem she protested.

In a video for Outkick, Lahren tore a strip of Griner and her National Anthem protests now that she wants to come back home to a nation “she finds so unworthy of her patriotism.”

“Last week she pleaded guilty in a Russian court on charges of bringing vape cartridges containing oils  derived from cannabis through a Moscow airport,” she said. “If you’re wondering, yeah, that’s illegal.”

“Since her detainment in February, her teammates, coaches, family members and friends have been petitioning Joe Biden to bring her home and for good reason. Russia is awful and oppressive. Its legal system is questionable at best, and that’s being kind. No one is sticking up for Russia here, trust me,” the host said. “Last week, Griner even wrote a letter to Joe Biden begging him to do something, even trying to butter up old Joe by saying she cast her first vote for him in 2020.”

“So, yeah, add Griner to the list of people who owe Trump supporters some gas and grocery money,” she said. “But anyway, her pleas have largely fallen on deaf ears … But luckily, luckily, our favorite virtue signaling self-anointed king of basketball, LeBron James, is weighing in like the true international diplomat he is. On the latest episode of The Shop Uninterrupted. KING Baby Bron questions not only whether the USA has Brittney Griner’ back, but also ponders if he’d even want to come home if he were in her shoes.”

James went on to backtrack on those thoughts after being scrutinized for what he said.

“Over 110 days now, how could she feel like America has her back?” he said in a promo for the fifth season of his show “The Show.” “I would be feeling like, ‘Do I even want to go back to America?’”

But James has backtracked from his original comments.

“My comments on ‘The Shop’ regarding Brittney Griner wasn’t knocking our beautiful country. I was simply saying how she’s probably feeling emotionally along with so many other emotions, thoughts, etc inside that cage she’s been in for over 100+ days! Long story short #BringHerHome,” he said.

And Tomi was not done with Griner, who famously protested the National Anthem and said it should not be played at WNBA games.

“I can’t figure out why Brittney Griner would be clamoring to get back to a nation she finds so unworthy of her patriotism,” the host said.

“If the woman can’t even drag her sorry behind out of a locker room in cushy Phoenix, Arizona long enough to stand and salute our flag for the under two minute duration of our National Anthem, well then maybe the USA isn’t where she really wants to be.

“And maybe after sitting in a Russian prison for a bit she’ll understand what a privilege it is to be born in America and be grateful for the USA, the greatest nation on the face of the Earth, and I hope she has that change of heart. I really do,” she said.

Lahren said that there are many other detainees in other nations who are far more patriotic and sympathetic than Griner who we should also be working to free.

“Maybe Biden should send her a flag and a cassette tape with the Star Spangled Banner on it to let her get to practicing her patriotism,” she said.

Lahren pondered whether or not James and “fellow America hater” Colin Kaepernick would visit Griner in her Russian prison as she called the United States “a nation so great that even those who claim to hate her still beg to return to her.”

President Biden Could Be Facing Impeachment Right After Midterms